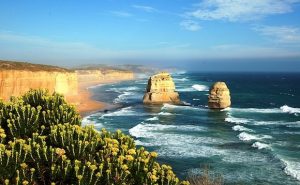 Many U.S. Cities to Melbourne, Australia $797 Roundtrip on Air Canada

Air Canada is having an ongoing Worldwide Seat Sale and is offering some great fares to Australia at the moment. But what is making these fares even better is that third-party sites like Expedia and Orbitz are knocking off even more money from these discounted deals. One stop flight from the mainland US to Melbourne (MEL) are seeing 145 dollar deductions when you book on their sites. This may be some sort of glitch so I would recommend booking these ASAP if you are planning a trip Down Under. Flights to other cities in Australia like Sydney (SYD) and Brisbane (BNE) also get deductions using these third-party sites, but they are only around $40 off the total, still a better deal than booking directly on the Air Canada site.

Departures are available on Mondays and Wednesdays from late October through the end of November, with returns available in early December.

As an example below, I found seats departing Newark EWR on November 14 and returning from MEL on November 24, 2018. This is a great time to visit Oz as the weather is starting to warm up heading into the Austral summer.

Expedia and Orbitz offer free 24-hour cancellation, so if you are on the fence about it, book now and think it over. These additionally discounted fares will likely be gone by the end of today!

Portland, OR to Melbourne $797 roundtrip

If your city isn't listed you can search on those third-party sites and still receive a discounted fare as well. For example, Los Angeles to Melbourne is pricing at $1,178 roundtrip on Air Canada, but if you use Orbitz the price drops to $990. Which is quite a nice savings!

Need a hotel in Melbourne? Here's what's available for the provided dates on Hotelwatchdog. 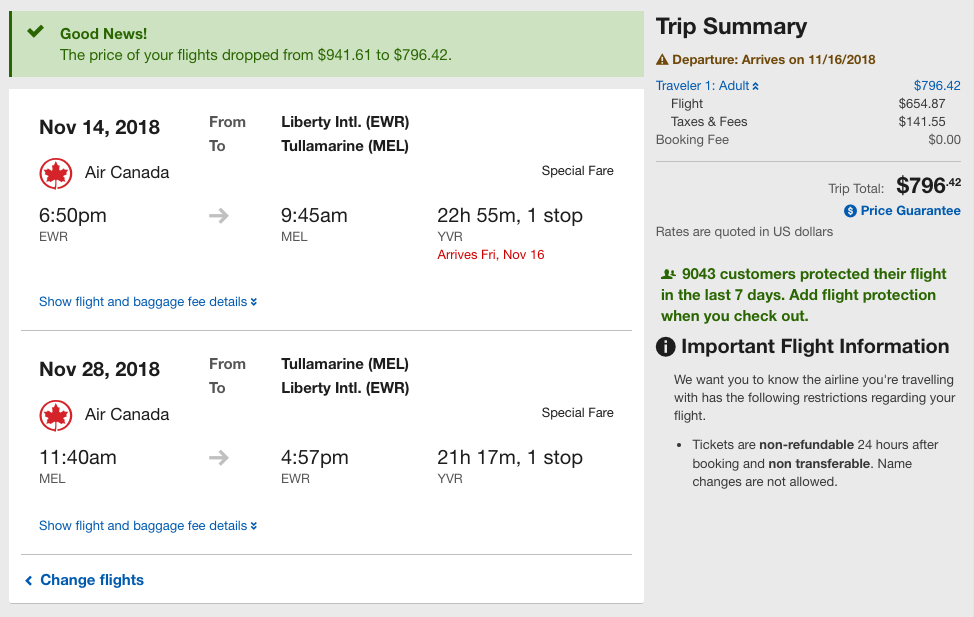