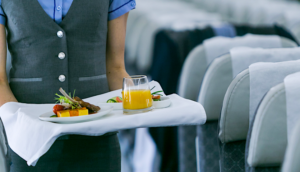 10 Airline Perks That Are Still Free on U.S. Airlines

If you’ve flown on a domestic carrier lately, it feels like you are pulling out your credit card more than your laptop or book to pass the time. The recent rollout of Basic Economy fares has put a price tag on just about everything onboard, including access to an overhead bin or a blanket. While the airlines dream up more ways for you to break out your wallet, several still offer a few free perks to flyers.

Take Advantage of these Flying Freebies Before They’re Gone

If it’s free, it’s for me. It's nice to see that the trend over the last couple of years has been to bring back some of these amenities that were complementary in the good ole' days. I wouldn't hold my breath on airlines nixing checked baggage fees, simply because the industry has been overly reliant on them to meet bottom lines. But bringing back meals on some cross-country routes and offering free snacks once again is a move in the right direction. Here’s a list of 10 airline perks that, for the time being, are still free on select US-based carriers. 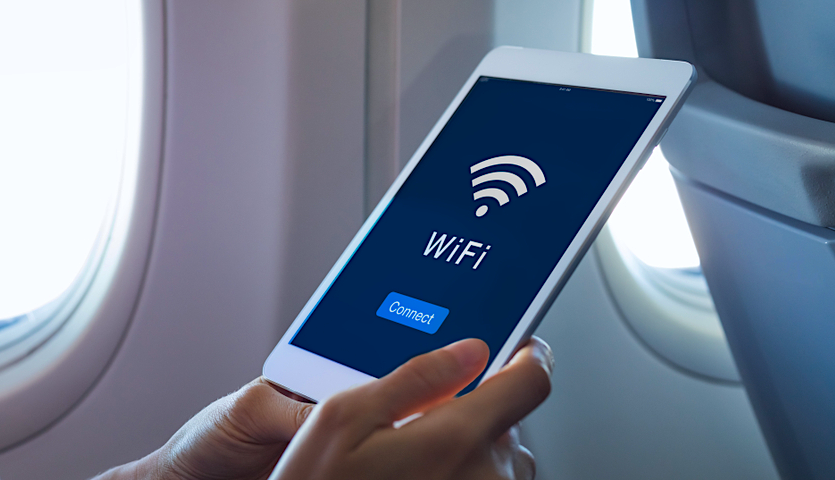 If you're looking to get online while onboard, JetBlue is your only option for free web surfing among US-based carriers. The airline provides free high-speed Wi-Fi at every seat on every plane. Other airlines like Southwest, Delta, Alaska, and American (rolling out soon) offer free mobile messaging onboard most planes, but if you want full internet access at 35,000 feet, you'll have to pay up. In my opinion, the most valuable free perk still kicking around is Southwest Airlines' generous checked baggage policy. Flyers are allowed to check two free bags up to 50 pounds per piece on any flight. Even oversized sporting goods like skis, snowboards, and golfing equipment fly free on Southwest. Compared to what other domestic competitors charge for checked baggage fees, you could save up to $140 roundtrip using this flyer-friendly perk. Alongside its free baggage perk, Southwest Airlines also has the best change policy out of all US-based carriers. Southwest prides itself on being the only major airline that never charges a change fee. If your travel plans change and you need to switch your flight, you will have to pay the difference in airfare, but you won’t get a hefty $150+ fee tacked on to it like other competitors enjoy hitting you with. A couple of years ago, Delta brought back free meals for some of its longest domestic flights. Flyers booked in Main Cabin economy on 12 cross-country flights like Washington DC (DCA) to Los Angeles (LAX) or Boston (BOS) to Seattle (SEA) are treated to complimentary breakfast sandwiches or wraps during afternoon and night flights. Following suit, American now offers similar meal options but only on two transcontinental routes from New York (JFK) to Los Angeles (LAX) and San Francisco (SFO) and vice-versa. Hawaiian Airlines offers free meals for economy passengers flying between the U.S. mainland and Hawaii, which include “Brunch Boxes” and sandwiches for lunch/dinner flights. U.S.-based carriers operating long-haul international flights to Europe, Asia, Oceania, and specific South American destinations generally all serve some variation of free included meal service on those routes. From peanuts to PopCorners, almost all non-Ultra-Low-Cost Carriers offer some form of free snack and drink on board. JetBlue presents the widest variety, but Delta and American’s Biscoff cookies have a cult following amongst some travelers. Others prefer United’s Stroopwafels, and you can't go wrong with the standard mini-pretzels or peanuts dished out by many airlines. To wash down the snacks, American, Delta, United, JetBlue, Alaska, and Southwest offer complimentary non-alcoholic drinks on most domestic flights, the exception being some short-hops of 250-miles or less. While you’re at it, go ahead and ask for that full can of soda. Many flight attendants will oblige if you ask nicely and there's stock available. Here’s one of the more unique perks offered gratis by a U.S. airline. Wine Flies Free on Alaska Airlines if you are a member of their loyalty program – Mileage Plan. If you've been sipping some Syrah in Sonoma and decide to take a case home to enjoy, Alaska will waive the checked item fee on flights to/from 30 West Coast cities. Find out more about this sparkling service here.

Related: 5 Credit Card Perks That Are Almost Too Good to Be True Now that you’ve learned how wine flies in the cargo hold for free, how about some in cabin? If you happen to be jetting during a holiday, like New Year's Day or on Southwest’s Birthday (June 18), the Texas-based airline will serve you a free alcoholic beverage of your choice. They switch up which occasions they provide these freebies, so either visit the Southwest website or listen to onboard announcements if your flight happens to fall on a holiday. For Pacific Northwest travelers, Horizon Air, Alaska Airline’s regional provider offers local craft beers and wines free of charge. Flights to/from the mainland to Hawaii on Hawaiian Airlines also serve up wine and local lager-like Bikini Blonde by Maui Brewing Company. Domestically, on American shuttle service from cities like New York (LGA) to Chicago (ORD), passengers will be treated to free beer and wine inflight, as well as flyers from Dallas (DFW) to Honolulu (HNL). Upgrade to Main Cabin Extra on American and you'll also be offered an in-flight tipple.

If you prefer spirits, you’ll have to be flying transpacific to Japan (NRT), Hong Kong (HKG), or Oceania on American to receive the free hard-stuff. For other long-haul international flights, like those to Europe, Asia, or specified destinations in Latin America, all three legacy carriers offer free beer and wine inflight. 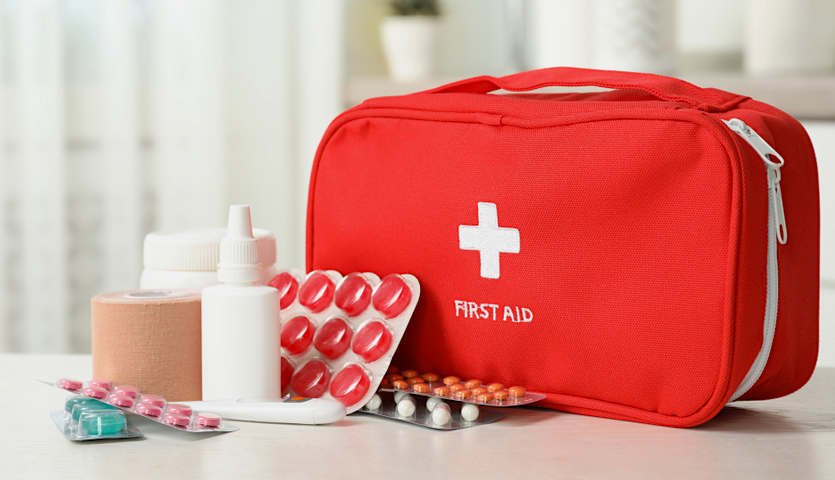 If you get a bad paper cut from flipping through the pages of your in-flight magazine, most planes are stocked to patch you up with a Band-Aid. Or maybe you just want to give your tray table and armrest an extra scrub down with some anti-bacterial wipes. Airlines usually have an overstock of germ-killing wipes in the event the lavatory water runs dry. While flight attendants will not be able to dole out any medication, even over-the-counter brands like Advil or Tylenol, for other small medical issues, they should be able to assist you using the onboard first aid kits. 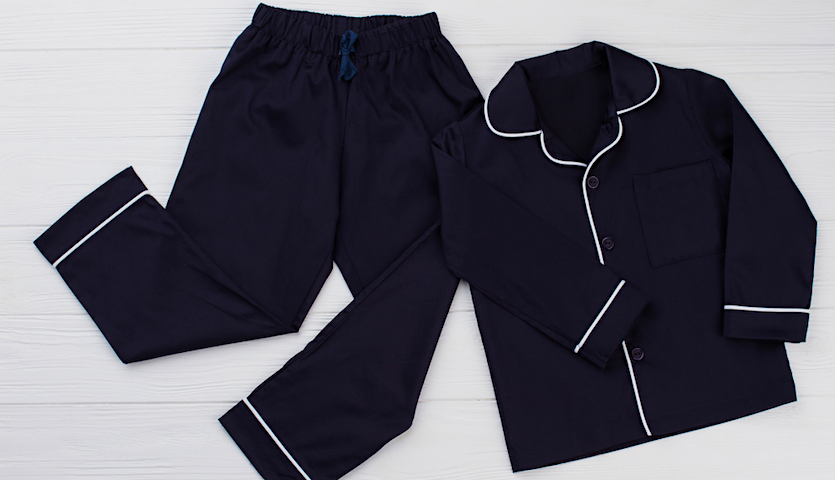 To get this comfy freebie, you’ll have to be sitting fancy up in the front of the plane. On select international flights, First and Business Class flyers on Delta and American will receive their very own airline-branded set of pajamas. If you’re seated in the new Polaris class on a flight of 12 hours or more, United Airlines will size you up for a pair of their PJs upon request. American has recently followed suit, offering pajamas from Casper on three transpacific business class routes to Auckland (AKL), Sydney (SYD), and Hong Kong (HKG) and also on its international Flagship First Class long-haul routes. Who doesn’t remember this nostalgic tradition? Walking on to a plane as a child, I used to love receiving those little tchotchkes and would beg my parents to fly different airlines to try and collect new ones. While many carriers axed these in the turbulent 2000s, airlines like American and United have brought back the plastic pilot pieces for kids over the last several years. Not all flights will offer them up, but it’s always worth asking the flight attendant if they have any onboard for the little ones or maybe just your inner child.

Related: 10 Free Things You Can Get at Hotels