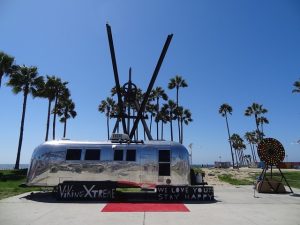 Some excellent cross-country fares on United popped up today. Travel from Cincinnati, Detroit, Memphis, and Tampa to SoCal cities such as Los Angeles, San Diego, and Santa Ana for just $120 roundtrip. Some routes include summer travel!

As an example, I found seats in Basic Economy over the 4th of July holiday, departing Cincinnati CVG on Monday, July 2, returning from Los Angeles LAX on Friday, July 6.

Travel is valid through mid-February, with no advance purchase required. Even though some routes can be booked for travel this week and on scattered dates in July, most availability begins in late August. Peak holiday travel in November and December is blacked out and slightly higher fares can be found on scattered dates through May 2019. Sunday travel is scarce or not available on some routes.

This sale is unadvertised and prices may jump at any time. Book quickly to secure a super low cross-country flight. You'll have a 24-hour grace period to think about your plans. Find out how you can extend that to 48-hours for free (or up to a week with a fee) here.

These prices are for basic economy, which means only a small personal item is included and any other bags must be checked for $25 each way. If you only want to bring a carry-on, you'll be better off paying for the standard economy fare, which I found to be $170 roundtrip on the dates that I checked for all routes. Standard economy includes a carry-on plus personal item, standard seat selection, and allows changes for a fee.

Need a room in Los Angeles? Here's what is available for the above dates on Hotelwatchdog.