Here's some amazing summer deals on Frontier. Around 40 routes have dropped to just $20 each way ($39 roundtrip) for summer travel. Many more routes are available for under $100 roundtrip.

Availability is limited so you must be somewhat flexible to find the lowest price. Travel days will vary by route, but generally fares are available between June 28 and September 15. Many routes have limited frequencies so be sure to check out the specifics in the fare details on your route.

These fares all work in reverse and there are many more routes between $57-$97 roundtrip as well. Check flights from your city to see all of today's finds. 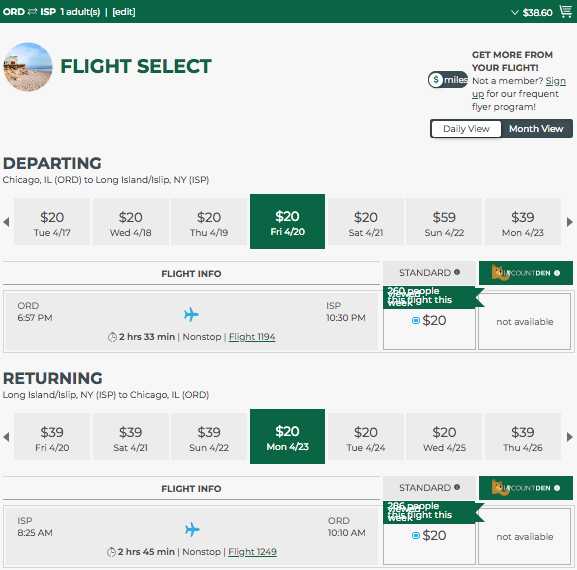