Fly nonstop from Newark to Reykjavik, Iceland for $312 roundtrip on United Airlines.

To keep up with low-cost carriers like WOW air and Icelandair, United has had to play ball and reduce their prices on competing routes to the North Atlantic island. Flights at this price can be found Monday through Friday from late August through early October. Searching on United's site, I was able to find seats departing EWR on Thursday, September 6 and returning from KEF on Thursday, September 20, 2018.

This books into United's Basic Economy fare class meaning only a carry-on bag is included with this fare; If you need to check a bag, it will cost an additional $60 one-way.

There are some other great deals out of Newark (EWR) today, so make sure to have a look at our full list of both domestic and international fares.

Need a room in Iceland? Here's what's available for the mentioned dates on Hotelwatchdog. 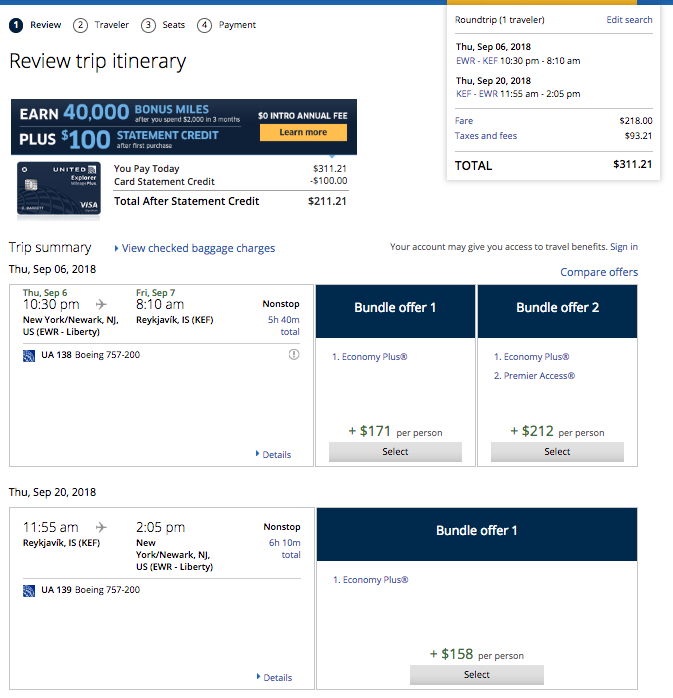