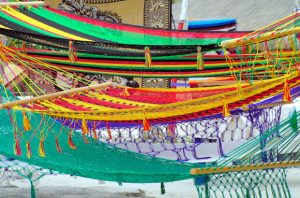 Cozumel on Sale from $290+ Roundtrip for Summer/Fall Travel

Flights from several cities to Cozumel are priced well below the usual rate. Compared to other Mexican resort towns, Cozumel often has exorbitant fares, but we're seeing many in the mid-$300s roundtrip range today. Fares start as low as $290 roundtrip.

All three major US airlines, American, Delta, and United, have dropped prices to Cozumel. As this sale is unadvertised, fares may jump in price at any time. Book quickly to enjoy the island life down in Mexico!

Travel days and restrictions vary depending on your departure city. Many of these fares are available for daily travel through September, with a 14-day advance purchase and a Saturday night stay required. Others may be available year-round or in other months. Click on the fare details for more info.

Where to stay: Have a look at the Presidente Inter-Continental Resort and Spa, which has a best value rating on TripAdvisor.