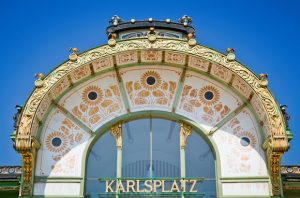 With over 100 museums and as many nightly concerts and performances in Vienna, there’s simply more to do than you have hours—or money—to spend.

Before you’ve narrowed down exactly what you want to see, you can at least figure out how to save while doing it. Here are a few suggestions for cutting costs as you explore Vienna.

To lessen the sting of admission to many of the city’s top museums and concert venues, it may make sense to purchase one of the several city-wide discount cards available to tourists, but only if you plan to fully commit to ticking off as many attractions as time allows.

Perks can vary greatly by card, with the two majors being the Vienna City Card and, new since 2015, the Vienna Pass. Of the two, both include versions that offer some form of transportation around the city, making it easier and cheaper to shuffle between places.

Cards are available online via the Vienna City Card app, or in person at Tourist Info centers, and select hotels.

Other Ways to Score Free Entry

For even tighter budgets, limit your museum visits to those that offer free entry without the purchase of any city card. That includes the Kunsthalle am Karlsplatz, Money Museum, and MUSA.

For those who happen to be in town on the first Sunday of the month, admission is complimentary to the Otto Wagner Pavillon, Beethoven Museum, Schubert’s Birthplace Museum, Clock Museum, Prater Museum, and many others.

A Night at the Opera

A visit to one of Vienna’s many opera houses is a must. Even if you’re not a fan of what’s happening on stage, the architecture alone is reason enough to attend.
Vienna's Staatsoper, originally constructed in 1869, is often named as one of the world’s top operas. Ticket prices can be steep at the last minute when the cheapest seats have long been bought up. For this reason, it’s best to book in advance online.

Budget-minded procrastinators still have the option of buying inexpensive standing room tickets, which go on sale 80 minutes prior to curtain time.

At the Vienna Volksoper, lower priced standing tickets are also available, along with reductions on full price tickets give to children, seniors, groups, and disabled persons.

Of course, when you’re on a budget, free is always better than cheap. The Staatsoper broadcasts 80 performances of both opera and ballet live on an LED video wall in Karajan-Platz. Look for these to take place from April through June, September, and throughout the holidays, including a special New Year’s Eve performance.

Some of Vienna’s best concerts are free and take place daily at churches throughout the week, though the bulk of these events scheduled for Sundays. Check the monthly programs for Saint Peter's, Saint Charles, and Saint Anne's. Some concerts may ask for small donation, though you’re not required to pay.

Unfortunately, limited competition means that Vienna is not a city that goes on sale very often. Still, it has been known to happen. Sign up for free fare alerts and be notified of the next great deal to Vienna. You can also book travel to whatever European hub happens to be the cheapest (most likely someplace in Scandinavia) and book a second flight onward to Vienna on an inexpensive budget carrier. As an alternative, flights from the US to nearby Budapest are typically reasonable and it is just under 3 hours by rail to Vienna.