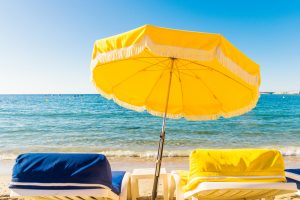 The weather across much of the U.S. has yet to catch up with the calendar, but don’t let that deter you from planning a summer getaway. The clock is ticking and, if you’re hoping to snatch a deal, now’s the time to book.

Getting to Europe Cheaply

Is Europe on your to-do list this summer? There are several new (and cheap) ways to zip across the Atlantic in 2018. New service from Primera Air, Level, and Eurowings has brought down fares, with help from budget carriers like WOW, Norwegian, Condor, XL Airways, and Air Italy (formerly known as Meridiana).

If fares to your first choice city are too high, you might consider flying into whatever European city happens to be the cheapest, and arrange a second inexpensive flight or train trip within Europe. True, you’ll have to spend a little extra time getting to your actual destination, but the savings are sometimes worth the extra effort. Plus, it gives you the chance to discover another city that you may have overlooked.

These days, your best bets for a cheap flight will be to Copenhagen, Stockholm, Oslo, Milan, Rome, Brussels, London, Dublin, Frankfurt, Berlin, Warsaw, and even Paris.

Your home airport may be the closest but it’s not always your cheapest option. Fares may be drastically cheaper from another regional airport. For example, New Yorkers willing to schlep by bus to Newburgh stand to save quite a bit on flights to Ireland, Scotland, and Norway with Norwegian. Similarly, someone in Jacksonville, Florida might find it worthwhile to drive to Orlando, where demand and increased competition means lower fares.

You’ll have better luck booking a deal if you allow yourself a little wiggle room with departure and arrival dates. Even just a day or two difference in either direction can save you hundreds. As you might guess, midweek flights have a tendency to be lower than weekends.

July fares will most likely skew towards the astronomical, as will room rates. Instead of searching peak summer, try mid-August through mid-September. The weather will be just as nice, but you’ll pay much less. And the later in the season you go, the fewer crowds you’ll have to compete with at beaches, museums, and other attractions.

It’s easy to dismiss flight and hotel package deals, and you’re partly right to be suspicious. Most of the package ads we’re bombarded with online are overpriced, especially for travel in the summer months. But some really do offer great value! How can you spot the difference? Do a little research into how flight and hotel rooms are pricing out separately for your trip. Both Air Tahiti Nui and British Airways regularly feature package deals on week long stays (or longer) that work out to be terrific bargains.

While never quite cheap, business class seats can be had in the summer months at a sharp discount from what you’ll find throughout the rest of the year. These deeply discounted biz fares often come with minimum/maximum stay and advance purchase restrictions configured in such a way as to make them unappealing to actual business travelers. If you’re in the mood to splurge on the good seats this summer, keep an eye out early for sales. British Airways along with Delta, KLM, and Air France regularly run these sales in winter/spring.

A great fare can pop up at any time, and vanish just as quickly. Sign up for Airfarewatchdog fare alerts to avoid missing out on deals. You can select route specific City-to-City alerts from your home airport to your preferred destination (for example, Phoenix to London), as well as Departure City alerts for all deals currently available from your home airport (both domestic and international), or Arrival City alerts to your chosen destination from all over the US and Canada. And of course, don’t forget to set a hotel alert for great room rates in your destination!

It’s also a good idea to follow along @airfarewatchdog where we tweet new sales, money saving promo codes, and recently snagged fares from all over the U.S.

Above image by Alexandre Rotenberg via Shutterstock