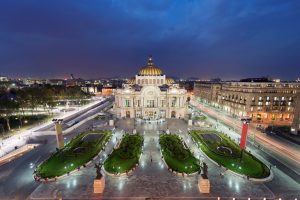 Unadvertised Sale: Many US Cities to Mexico City $211 Round-Trip

Today we are seeing some great prices from American Airlines to Mexico City. These fares seem to be targeting Delta hub cities undercutting some routes by $100 or more than the usual price.

Most fares are available in April and May, then again from September through the end-of-schedule in January. The departure days vary by route but you will have the most luck finding seats in the middle of the week, Tuesday, Wednesday, and Thursday. This is an unadvertised sale and could disappear at any moment so if you are interested in any of these deals we would recommend you book soon. AA.com allows you to hold a fare for 24-hours so if you are on the fence, for now, you could put it on hold and think it over.

Routes on sale include:

If your departure city isn't listed above, then have a look over here for a list of all of today's deals to Mexico City MEX.