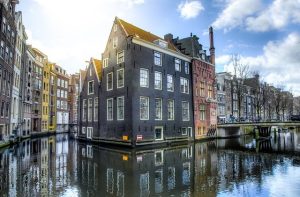 United & American Flights to Amsterdam or Rome from $352+ Round-Trip

United has even lower fares to Amsterdam this week. Fares start at $352+ from cities like Atlanta, Seattle, Miami, and more. We're also seeing great fares to Rome on American.

Although not as extensive as the sale from the end of last week into earlier this week, United is offering even lower fares for travel to Europe from a few scattered cities across the country. We're seeing great fares from Atlanta, Boston, Portland, Seattle, Fort Lauderdale, Miami, New York, Los Angeles, and San Francisco to a few different European destinations. If you live elsewhere, have a look to see what's available from your city.

Lowest fares range from the mid $300s to the high $400s on airlines like United and American. Book quickly to secure your trip to the land of bicycles in Amsterdam or the scooter-ridden streets of Rome. Travel periods may vary by route, but for the lowest fares, look for travel dates in the spring and fall. Some flights may be operated by partner airlines.

A few sample fares include:

These prices are what we found on the major booking engines. You may find sligthly lower fares on some other booking sites. We're also seeing some good fares to a few other cities in Europe like Madrid and London.