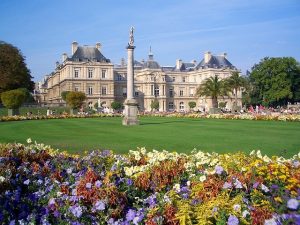 We're only a few weeks shy of March, which means schools will soon begin letting out for spring break. Still sorting out where to go? Don't wait much longer, as fares have a tendency to spike in mid-March.

Searching today, we had no trouble finding cheap trips for travel throughout March. And with the recent expansion of budget carriers like Norwegian and WOW, a quick trip across the Atlantic looks pretty reasonable.

In most cases, the lowest available fares were for mid-week travel, though this will vary by route.

Don't forget, checked baggage costs extra with Norwegian. Tack on an additional $45 each way for one checked bag. Carry on luggage is free, though must not exceed 22lbs.

Depart MIA on Tuesday, March 13. Return from EWR on Saturday, March 17. Basic Economy is available on these same dates for slightly less at $89 round-trip. Visit our MIA listings for more cheap fares like this one.

Plenty of availability throughout most of March! We found seats departing LAX on Friday, March 9, returning from SJD on Saturday, March 17. Take a look at our complete list of current LAX deals.

An excellent price for this route, especially for March! We found seats departing BOS on Wednesday, March 14, returning from SAN on Wednesday, March 21. Other dates are available throughout March and well into May. See our Boston listings for more fares like this one.

For a nonstop from the West Coast to Italy, this is insanely cheap. Yes, Norwegian does charge extra for checked bags but even at $45 each way, you still end up with a great fare. Or don't check a bag? Carry on luggage is free, though must not exceed 22lbs. Depart OAK on Tuesday, March 6, return from FCO on Tuesday, March 13. Check out complete finds for the Oakland area.

Depart BWI on Wednesday, March 7. Return from FLL on the following Tuesday, March 13. Other dates are available for travel in early to mid-March, and again throughout April. See more super low fares from Baltimore!

Searching United, we found seats leaving IAH on Wednesday, March 7, returning from CUN on Monday, March 12. You'll find other dates throughout March and April. Visit our Houston HOU and IAH listings for a complete look at current finds.

Available only on a few dates from mid to late March. We found seats departing DAL on Wednesday, March 14, returning from SAN on Tuesday, March 20. See our Dallas DFW and DAL fare listings for more deals like this one.