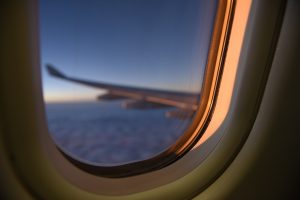 Hoping to get away for the three-day weekend ahead? Fares aren't as expensive as you may think! This is January after all, and fares for travel between New Year's Day and March tend to be quite low.

Below are a few last-minute deals we've found today. Some are available for peak Friday-through-Monday weekend travel, while others may require a little more flexibility with a Saturday departure and/or a Tuesday return flight. We found seats departing LAX on Saturday, January 13, returning from IAH on Tuesday, January 16. This is Basic Economy, so pack light. No carry-ons are allowed aside from a small personal item, and checked baggage will cost extra, as it usually does. Economy seats for these dates will cost a lot more, at $ 458 round-trip. We found seats departing BOS on Saturday, January 13, returning from MSY on Tuesday, January 16. Basic Economy is available for less ($170 round-trip) for these same dates, if you can get by with packing a small backpack or whatever you're able to store under the seat.