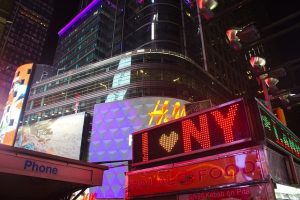 Tourism Slogans: the Best, the Worst, the Really Weird

It's a tough task to capture the appeal of an entire city, state, or country, and whittle it down into a punchy little slogan. Sometimes these slogans go on to be hugely popular, like “What happens in Vegas, stays in Vegas,” which, as of today, has been hashtagged 2,698,288 times on Instagram. Others are so forgettable, they may never be hashtagged at all.

Here's a look at a few standout slogans, from the tried and true to the just plain weird.

Virginia is for Lovers

Don't dare come a knockin' when this state's a rockin’. Virginia has chosen to brand itself as America's green M&M. And it was all by accident. In the late 1960s, a series of ads geared towards beach, mountain, and history lovers was rejected for being 'too specific.' So they simplified the call to just plain lovers of all types. As hokey and dated as it may sound, it’s managed to do the trick for Virginia tourism in the decades since.

See our fare pages for Norfolk, Newport News, and Richmond.

Only slightly more memorable than the VH1 reality show of the same name, I Love New York is the travel slogan all others can only hope to become. Created by Milton Glaser in 1977, the I Heart NY logo appears on everything from deli bags to the ubiquitous t-shirts folded in bulk

outside of every Manhattan souvenir shop. The iconic logo is regularly riffed by cities around the world. There's no denying its success, but what does it really convey about New York?

See our fare pages for JFK, LGA, and EWR.

Yes, unlike that cold heartless love of yours just 94 miles northeast, Philadelphia promises to love you back. And there’s plenty to love about Philly, from the top notch museums (more than you could ever cram in a single visit) to historical sites such as Independence Hall and the Betsy Ross House.

See our fare listings for Philadelphia.

Guys, can we get past the whole potatoes thing already? We get it. You grow potatoes. So does Ireland. And in Peru, they have grow flashy little purple ones. You don’t see them mentioning it on their license plates, do you, Idaho?

See our fare listings for Boise and Sun Valley.

It's not great, but --meh-- it's OK. If you're into that kind of thing. Doesn't exactly ring with enthusiasm, does it? Maybe it's meant to allay concern, as in "Don't worry about us. We're OK."

Oh, Oklahomie, Instead of falling back on your cute abbreviation, why not talk up your history, or brag about your fertile land? Whatever you lack in beaches, you make up for by having the best (if not only?) musical of any state.

See our fare listings for Tulsa and Oklahoma City.

In a big country, dreams stay with you, like a lover's voice fires the mountainside, stay alive. Wise words from a fellow Big Country. But let's get serious, Slovakia. Which one is it? Are you little or are you big?

Just as Sex and the City attracted throngs of cosmo swilling shoe shoppers to Manhattan, the state of Delaware found similar success among robotic children thanks to the sci-fi series Small Wonder. Ok, not really. A reference to Delaware’s tiny size, this longtime slogan was replaced in 2015 with the much snazzier “Endless Discoveries.”

"More Fun in the Philippines"

The latest/former campaign from the Philippine Tourism Board sure sounds cheery but was hijacked by meme-makers showcasing some of the, uh, bleaker aspects of local life. Say what you will about this slogan, but it's a big improvement from their previous ho-hum slogan, "WOW Philippines."

See our fare listings for Manila.

In the same amount of time it would take to watch an episode and a half of the Golden Girls, or less than it would take you to boil 5 consecutive bags of 10-minute instant rice, you could successfully travel between any two points in El Salvador. At least that’s what this odd choice of a slogan seems to imply. In any case, if you’re looking for brevity, maybe try Luxembourg?

“Visit Armenia. It is Beautiful.”

No tricks here. Armenia keeps it earnest and to the point. And it must be working, as tourism is on the rise in Armenia. Fans of Soviet architecture will find this tourism slogan holds up in the capital city of Yerevan, known as the pink city due to the rosy shade of stone used in the Soviet era.

In the travel slogan Olympics, Djibouti clearly takes the gold. Border tensions with Eritrea to the north, along with ongoing instability in Somalia to the south, may scare most travelers away, though Djibouti itself remains safe. Ecotourism has certainly taken off in recent years, thanks to Djibouti’s unique geography, including salt flats, desert, mountains, and black lava cliffs overlooking the sea.