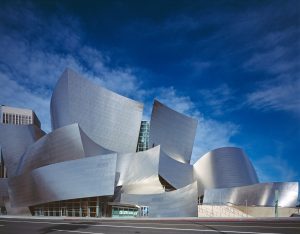 Anyone actually interested in gaining a greater understanding of Los Angeles would have always been wise to start by exploring the city's historic downtown. More than a little rough around the edge, sometimes you had to dig to get to the greatness—that's always been Los Angeles in a nutshell—but if you wanted to experience the city for the diverse, like-no-other metropolis that it has been for most of its life, Downtown was the best place to start.

Today's Downtown Los Angeles needs no real introduction—in a few short years, this expansive (but entirely walkable) section of the city went from a place many locals had forgotten about to the hottest address in town. These days, when LA is buzzing about something new, something exciting, it's often something that's happening somewhere down here. While even the best blocks of DTLA still bear their share of scars from years of neglect and bad planning, no place in Southern California is quite so hot right now. At the heart of the growing regional rail network—Downtown is now an easy, $1.75 train ride from the Santa Monica Pier, imagine that—there's never been a better time to get down here and explore. While you'd need days to experience all of it, here's a quick and simple walking tour (barely over a mile, all in) that can fit into even the most packed itineraries.

The historic Grand Central Market—now a century year old—is where to see the “new” downtown at its liveliest on a daily basis. From bargain-priced tacos to pricey artisanal pastrami sandwiches, the market offers a quick trip through the city’s wildly diverse food scene. Lean on the bar at G&B and order a potent cortado (espresso with a dash of steamed milk), then join the line wrapping around Eggslut, an irreverent spot serving up gourmet breakfast sandwiches that have garnered truckloads of positive ink in the national press. For $9, they do a silky, coddled egg on top of delicate potato puree, poached in a glass jar and topped with fancy sea salt and fresh chives. They give you bread to mop it all up - it’s one of the best breakfasts under $10 in town. From here, you've a view to Broadway, the city's original theatre district and now one of Downtown's most up-and-coming stretches—just next door, the Million Dollar Theatre was the Grauman's first big splash, before they became the most famous residents of Hollywood Boulevard.

Check out the city's most exciting new museum

Out the Hill Street side of the market, you'll come face to face with another much-loved Los Angeles antiquity, the also century-old (more, actually) Angels Flight funicular railway. It tends to fall in and out of service, but at this writing, it's up and running for the short trip up Bunker Hill, once a grand suburb, now the home of the city's massive financial district. It's also up here, along Grand Avenue, that you'll find some of the most striking cultural institutions in the United States; right now, chief among them is The Broad. Home to the impressive art collection of local billionaire couple Eli and Edye Broad, the 120,000 square-foot museum is one of the most popular attractions in Southern California right now; admission is free, but you should book in advance.

The interior of Disney Hall, home of the Los Angeles Philharmonic, is undeniably impressive, but the real opportunity for engagement takes place outdoors, via unmarked stairways on both sides of the building, located directly next door to the Broad. They offer the curious a portal to its maze of upper level pathways, both through shaded gardens hidden away from outside view, or along the industrial Aerial Pathway, which weaves its way past the building's gargantuan, shimmering petals. Up here, the building feels less like a jumble of misshapes and more like a giant, silver flower. This was Gehry's intent, it is said—Lillian Disney, widow of Walt and the hall's original donor, was an avid green thumb. A burbling, flower-shaped fountain that Gehry himself designed punctuates this point; the running water and the shade of the trees create a mood that ushers the surrounding city out of the conversation entirely.

Go to the park

Like the buildings that rest topside, Grand Park is yet another statement piece that demands close inspection—a stroke of green genius that conceals multiple parking structures and a rethink of an existing plaza that was anything but grand, the park has become a gathering place for a part of the city that's suddenly become a very popular place to live. Yoga classes, food truck rallies, dance parties are all part of the programming here, but on any day, it's a delight to simply stroll past the park’s heavenly lavender gardens, olive trees and palms, to watch the children splash in the interactive fountain while families picnic in the shade, to see commuters spilling out from the Civic Center subway station, right at the middle of the park. Down at the park's other end, City Hall is an Art Deco treasure; with an official picture ID and a little patience, you can get inside and up to the near-secret observation deck, offering grand views of the entire region.

Take a trip back in time

Settled by the Spanish in the 1700s, Los Angeles goes a lot further back than many people seem to remember. Just a crosswalk away from Union Station, the West Coast’s busiest transit hub, you’ll find some of California's oldest-surviving city blocks inside the El Pueblo de Los Angeles Historical Monument. Far from being one of those open-air history museums you find scattered about the country, the district is still a real neighborhood, and an essential part of life for many Angelenos. Wander through the city’s longest-surviving residence, the Avila Adobe (an impressive colonial home built in 1818), stroll through a town square that feels more like Old Mexico than 21st century California, then drop in on mass, held frequently in the old mission chapel. (The current incarnation dates back to 1861.) Crowded into the back, bathed in the glow of so many flickering votive candles, you might feel as if you've time traveled, more than just a little. Afterward, head through the old Olvera Street market and make your way to Cielito Lindo, a humble counter joint that began life back in the 1930s. Then, as now, their specialty is the fried beef taquito, served swimming in cool, green, avocado-inflected salsa.

Read to make the trip to Los Angeles? Have a look at our most recent finds to Los Angeles (LAX) from all over the US and Canada. Fares start at just $52 round-trip, nonstop.