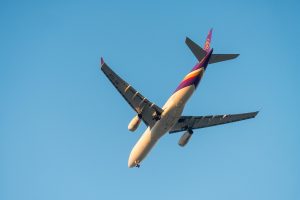 The Best Time to Book a Flight? Your Top 10 Travel Questions Answered

We get asked a lot of questions here at Airfarewatchdog, and many of these we see in our inbox on an almost daily basis. If you haven't had reason to ask one of the questions below, chances are you may down the road.

Q. There's been a death in the family and I need to fly home tomorrow. All the fares I've seen for a last minute trip are beyond expensive. Are bereavement fares still an option?

A. Bereavement fares are available on most airlines. However, the discount can seem pretty insignificant when applied to those hefty last-minute fares. You can try calling the airlines to see how much they'll charge (spoiler alert: a lot, most likely!), or you can search online where fares tend to go for much less, typically.

If also planning to rent a car on arrival, sites such as Priceline will list airfare/car rental packages that are often times much less than what most sites charge for airfare alone. Plus, many airlines do have weekend fare sales, and we regularly feature them in our alerts and blog.

Q. I hear about consolidator tickets all the time. Are they reliable? Should I even consider it?

A. Consolidators (also known as ticket wholesalers) do indeed sometimes have lower fares than you'll find with a retail travel agency such as Orbitz or your local travel agent (although sometimes these agents can sell you consolidated tickets). But there are drawbacks.

Consolidators have a history of going out of business without a trace, leaving you out of luck. These fares don't come with the same "rights" or protections that full retail fares have. You may not be able to collect frequent flyer miles or get advance seat selection. And should you miss your flight or need to cancel or change it for any reason, the ticket may have no value whatsoever--you can just rip it up. And, if the airline cancels or delays your flight, they probably won't "protect" you on another airline flying the route, as they might with a "real" ticket. You'll have to wait for your original airline's next flight with space available.

If you track our fare deals, you'll find prices that even consolidators can't match, without the risk. See our best deals from your city.

Q. Do you recommend buying travel insurance, even on shorter trips? And is it possible to buy after booking my flight?

A. Yes, yes, yes! It's extreeeeemely important to purchase travel insurance, even for those routine domestic jaunts. In addition to your flight being potentially canceled due to mechanical snafus, there could be weather issues, you might suddenly be too ill to travel, you might have car trouble and miss your flight, or your airline could go bankrupt (as Air Berlin did recently, leaving many folks stranded). Travel insurance can also cover lost or stolen luggage, and emergency medical evacuation too. Of course policies vary in coverage and price, but you never know what wrenches fate may toss your way. You can still purchase travel insurance after buying your ticket, although some policies diminish coverage if purchased too close to your departure date, so the sooner the better. We suggest checking out Travelguard or Squaremouth. No matter what type of trip insurance you choose, read the fine print!

A. It's maddening and confusing, but sometimes it's cheaper to buy a "split fare" like this rather than a single through ticket. The only way you can tell is by pricing the seats separately. This is something a clever travel agent would have figured out for you. Too bad so many of them have been put out of business. There's absolutely no reason why you can't buy two separate fares and save a bundle. Just make sure there's plenty of time to make the connection in Miami, and realize that there may be different rules for checked baggage (international rules may be more stringent than domestic). Also, should you miss your connection for whatever reason in Miami, the airline will be far less sympathetic than had you bought a single fare.

Q. In reading the fine print, the sale rules state that the sale period begins on November 28 and ends on March 24. My itinerary falls between those dates, departing December 23, returning December 26, but the fare I see is hundreds more! Why can't I get the advertised sale fare?

A. We'd like to take this opportunity to address the difference between the dates of travel period and date availability. Not all dates are going to be available within the dates of travel period, especially on any holidays, peak travel days, or weekends (not to mention any blackout dates that the airline institutes.) We also would like to point out that the airlines will set aside a limited number of tickets at a sale price for each date and some dates will sell out at the lower prices before other dates do. Flexible travel dates will increase your chances of booking a sale fare, as will traveling mid-week as opposed to weekends (although people do book weekend sale fares all the time).

Q. What's the difference between a nonstop flight and a "direct" flight? Or are they the same thing?

Q. I only have a 35 minutes to make my connecting flight and I'm worried I may miss it. What are my chances?

A. Even if you happen to be a marathon runner, a narrow 35 minute window really is not sufficient, especially if leaving from some delay-plagued airport in the Northeast. It's awful that airlines continue to schedule such tight connections, especially since many require you to be on board and seated 15 to 20 minutes before scheduled departure. Or they give away your seat! So when planning your trip, it's best to pad your connection with at least an hour or so. You can play the odds by researching historical on-time records with the Bureau of Transportation Statistics. Your airline should also be able to tell you what percentage of flights are on time.

Q. I live in Fort Lauderdale and will soon fly to Shanghai via Seattle to go on a cruise. When arranging the portion of the flights I am responsible for, I discovered that my flights between Shanghai and Seattle connect in San Francisco. Rather than return to Seattle, I'd prefer to fly from San Francisco to Fort Lauderdale.

When I phoned the airline, they would not allow us to skip San Francisco to Seattle and said our bags would be ticketed back to Seattle. So why can't we just remove our bag tags at customs in San Francisco and check them to Fort Lauderdale on our own?

A. Airlines frown upon this practice called "throwaway ticketing" and do every thing they can to penalize travelers when they do this. We've heard of airlines charging travel agents penalties for their customers who haven't used their entire ticket, closing out the traveler's frequent flier account and taking away all their miles and even trying to charge the traveler's credit card for a last minute ticket on the "new" itinerary. If you decide that it's worth the risk and sneak away in San Francisco on your return trip, make sure that you will indeed be collecting your luggage there.

Q. My luggage was lost and the sum the airline is offering in compensation is nowhere near their limit of liability. What can I do?

A. It helps to have receipts or any other documentation (credit card purchase statements, etc.) to provide the airline, along with filing a claim with the airline. Be warned, rather than pay you for the full amount you paid at the time your purchased an item, the airline will reimburse you for the depreciated value.

For domestic flights, the current maximum the airline will pay is $3,500. This figure may vary a bit for international travel ($1,600 on the higher end, according to the Montreal Convention. If these figures strike you as low, consider buying excess valuation coverage on your next flight. You can also check and see what protections your credit card company offers for lost and delayed luggage.

If you've provided the airline with the proper forms and documentation and they refuse or you're just not satisfied with the response, report your case to the Department of Transportation's Aviation Consumer Protection Division or submit a complaint to AirHelp if traveling to/from the European Union.

Q. When is the best time of the week to find the lowest fares? I've always been told Tuesdays and Wednesdays. And is it best to book in advance or should I wait a few weeks prior to when I want to travel?

A. Here it is. The question we hear the most. You'll find all sorts of conflicting answers to this question. Some sites tell you that the best time to book is 47 days before you travel. Another claims the best day to book is Sunday. And yet another fare site (one that, btw, doesn't even list Southwest or Delta) insists that Tuesdays at 3p.m. is the absolute best time to book. ALL OF THESE ARE WRONG. There is no magic time to search, no precise day of the week!

So there's no ideal time to book. That's why it's so important to stay on top of these fare fluctuations by signing up for airfare alerts or following along on Twitter.

We can tell you the cheapest days to fly, as opposed to buy! You'll find fares are lower for travel on Tuesdays, Wednesdays, and Saturdays, with the most expensive fares for travel on Fridays and Sundays.