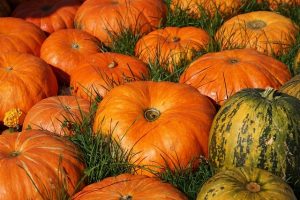 Low fares can pop up at any time, even the occasional last minute holiday deal, but your best bet for snagging a decent Thanksgiving fare is to book early. And as we inch closer towards November, the clock is certainly ticking. So how's the Thanksgiving farescape shaping up? Here's a look at a few trips we've cobbled together for travel over the holiday.

While Wednesday-Sunday peak travel tends to be a tad pricey, we're seeing some great deals for Thursday-Tuesday trips, and other off peak dates. Who knows how long these prices will stick around. If something catches your eye, better book quickly!

This one requires booking two separate tickets, one with United and the return with Virgin America. Depart NYC on the morning of Thanksgiving, return from LAX the following Tuesday. Another Thursday-Tuesday ticket from Delta, this one is also available for $20 less in Basic Economy. Depart DFW on Wednesday, November 22, return from MSY on the following Monday, November 27. This fare is also available for $20 less in Basic Economy, for those who can cram all they need under the seat in front of them. You may arrive late for dinner, but you'll still end up in Palm Springs. Depart JFK on the evening of Thanksgiving, return on the following Wednesday. Depart SAN on Thursday evening, return from PDX on the following Tuesday. We found seats in Basic Economy, departing LAX on Thursday morning, returning from IAH on the following Wednesday. A long stay for Thanksgiving but surely it suits someone. On Virgin America, depart SFO on Thursday, return from EWR on the following Wednesday.