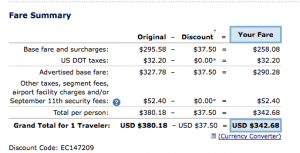 30% off to/from Edmonton on Alaska

Alaska Airlines has been offering 30% off discount codes to/from various cities in April for travel through June 19. April 22's discount is to Edmonton, known to airfare geeks as YEG.  Use discount code EC147209 on Alaska's site by midnight tonight PT.

However, we aren't finding this to be a very good deal at all. First of all, Alaska's fares before the discount code are higher than on other airlines on all routes we checked. Second, the discounts we're seeing are more like 10% rather than 30%.

For April 21, they were offering 30% off to/from Cancun. However, help us with the math here. We priced Los Angeles/Cancun using Alaskaair.com and Traveocity.com to see how much one would save using the discount code, and here's what we found. 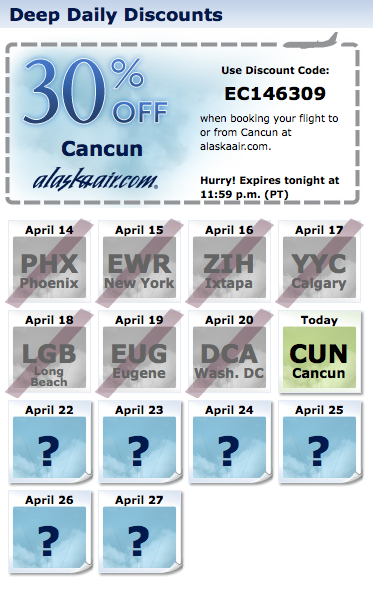 Here's the fare we found on Alaska's site ($345 RT including taxes): 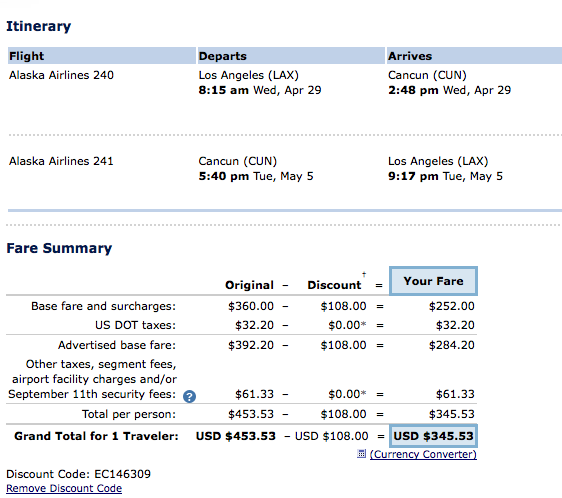 And here's what we found on Travelocity ($375 RT including taxes). Just a bit cheaper on Alaska Airlines' site using the code, certainly not 30% less. Granted, taxes on fares to Mexico always run about $100 or so, and taxes are not subject to the discount. But even so, we'd expect there to be a bigger difference between the fare on Travelocity vs. Alaskaair.com 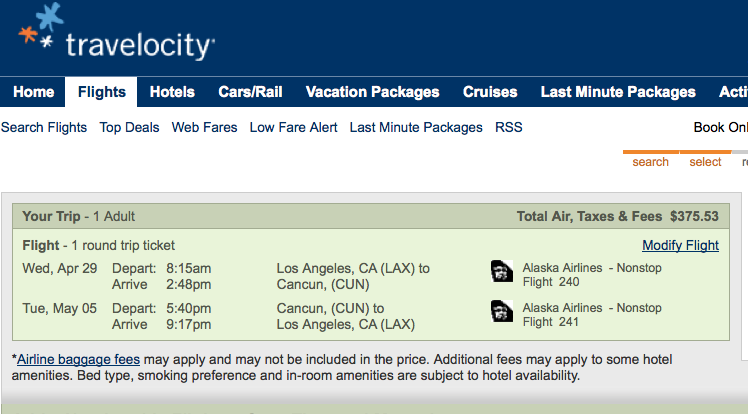