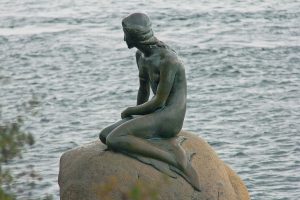 Looking to Do Copenhagen on a Budget? The Answer Is Sweden

With the increase in cheaper flights to Copenhagen on airlines like Norwegian and WOW and Icelandair, it's fair to ask the question—is it possible that one of Europe's most expensive cities could (almost) become a budget destination?

The answer is yes. The explanation is, well, a little tricky. You can absolutely do Copenhagen on the cheap. Just stay in Sweden. That's right: Denmark's sophisticated capital is very much a border town—Sweden's third largest city, Malmö, is just a bridge away. Better still, Copenhagen's airport is actually right between the two cities; all three destinations are conveniently connected by the Öresundstag commuter rail, shuttling back and forth, all day long.

Why then, you might wonder, wouldn't Malmö already be as desirable and expensive as Copenhagen? First off, the two cities couldn't be any more different, similar to the way in which Sweden and Denmark might as well be on different planets. If it helps, think of Denmark as the United States and Sweden as Canada, or Copenhagen as New York and Malmö as New Jersey. Not that there's anything wrong with Canada or New Jersey; they're just, well, different.

Of course, diehard travelers to New York know that staying in New Jersey is often a terrific value for money—the same holds true for Malmö. The city will never compete with what Copenhagen has to offer—there's no Tivoli amusement park, there's no Christiania, no instagrammable Nyhavn, what have you. Malmö's Old Town has its moments, but the nightlife scene in the visually-arresting Stortorget feels about twenty years behind. The Kungsparken is gorgeous for a summer morning's walk, but again can't compete with the many parks in Copenhagen.

Still! With the Swedish government now having ended its emergency passport control measures on their side of the bridge, Malmö is once again as convenient an option as it always was. How simple is it? Well, the train costs roughly $12 for adults and $6 for kids. For Scandinavia, that's exceedingly reasonable. Hotels are often a steal—a minute or two on foot from the city's central train station, serving Copenhagen all day and all evening, the top-rated Mayfair Hotel Tunneln was going for less than $95 for entire weeks in July, breakfast included. The very nice, 4-star Renaissance (as in, a Marriott property) in the Old Town was running around $130 for plenty of days in August. At the foot of the bridge, upstairs from the Hyllie station, the Quality Hotel View is a true find for single travelers, with rates up until the final summer crush in late August starting below $75 a night on their very nice single rooms. (Doubles go up to about $95, still a great value. And yes, breakfast is included.) Compare that to what's often available in high season in Copenhagen—no contest, really. Find all the latest hotel deals in Malmö at TripAdvisor.

A few tips: Once you get to Malmö, consider buying a Jojo card for about $2.50; this local transit authority card gives you small discounts on your trips across the bridge, as well as a deal on travel around Malmö and the surrounding region, should you be interested. You could also just download the Skånetrafiken app and buy your tickets through there, ensuring that you've activated each purchased fare within the app when boarding, just in case the ticket cops stop by. They deal with fare dodging non-natives all day long, so if you get caught red-handed, don't expect much in the way of understanding.

Finally, If this is your first trip to Scandinavia, you might be a little bit taken aback by the Öresundstag experience—delays happen, overcrowding can be a problem and cleanliness never really seems to be a priority. It helps to pre-manage your expectations. For best results, avoid any train services that make you change at the airport, as can happen; the only time you want to set foot on those usually-crowded platforms is when you arrive and depart Copenhagen. Other than that, outside of the peak rush hour, you will find the central stations in both Malmö and Copenhagen relatively easy to navigate and quite pleasant to deal with.

Have a look at current deals to Copenhagen from all over the US and Canada.

Looking for things to do while in Copenhagen? Put these on your list: