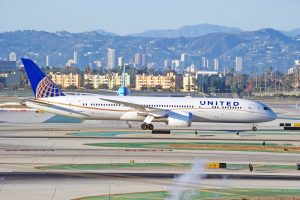 Do Low Fares Make You Forget?

United has sure been in the news a lot lately. Last month's overbooking fiasco quickly made them everyone's favorite airline to hate. There have been many jokes made with the gist being "I will never fly United again...unless they have a super low fare".

Well, this week we've seen United undercutting the competition in many ways. It appears they are trying to lure back customers with ultra low fares we haven't seen in a long time. In the past few days, we've seen international routes around $350 round-trip and cross-country domestic airfares under $100 round-trip, in regular economy class. Some of the fares we saw earlier in the week included Orlando to Barcelona for $353 round-trip, Phoenix to Washington D.C. $87 round-trip for summer travel, and Newark to both Charlotte and Dallas for $67 round-trip, nonstop.

Today, United has lowered fares from/to two other American hubs; Miami and Charlotte. Here are a few fares available for spring/summer travel as of now, but will probably be sold out soon.

These are all connecting flights and are in United's regular economy class, which still includes a regular sized carry-on bag plus one personal item.

These crazy low fares this week may also be a distraction from United's massive expansion of their basic economy fares. They initially tested these fares on nonstop routes between Minneapolis and their hub cities. A few weeks ago, they expanded the program to include most routes that compete with Spirit and Frontier. This week, they have expanded even further to include the majority, but not all, of their nonstop domestic routes. The basic economy fare on United limits carry-on luggage to one personal item such as a purse or small backpack up to 17x10x9 inches. There are also other restrictions such as no ability to choose your seat and no ability to change or refund the ticket, even for a fee.

Initially, it seemed these fares would be used to compete with Spirit, Allegiant, and Frontier, but with this massive expansion, it appears United is poised to take the basic economy fare systemwide. One outrageous example is their $583 round-trip basic economy fare from Denver, CO to Jackson Hole, WY. This route, along with pretty much all of their routes that don't compete with the ultra low cost airlines, saw no reduction in price when they switched over from regular economy to basic economy. Will we see price reductions on such routes in the future? Time will tell, but it sure seems like this is just a way to cash in on more checked bag fees. Beware of basic economy when booking fares on United in the future, because it may be on routes that you wouldn't expect.