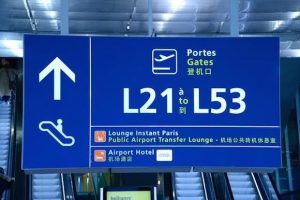 Airline Hubs Save Money. Here's How to Make Them Better.

Love them or hate them, the hub airport is here to stay. The first U.S. one, developed in the 1970's by Delta at Atlanta's Hartsfield Airport, flew in the face of how the airline business had been run previously. As they were originally conceived, airline routes were point-to-point and linear, often progressing in one direction, making multiple stops along the way, on the same flight. Hubs make you connect at least once on your journey.

Although many passengers prefer nonstop flights, hub and spoke systems allow airlines to offer more destinations and routes, resulting in lower airfares. That's because while there might not be enough demand for four or five airlines flying a nonstop route between any two given points, with the hub and spoke model several airlines can compete between those two airports through their various connecting points while still earning a profit.

Some airlines were later than others to the hub concept, but that may have allowed them to learn best practices from earlier adopters.

There's a lot of competition for connecting passengers

Twenty years ago, while Heathrow and Frankfurt were long-established as hubs for British Airways and Lufthansa respectively, Paris Charles de Gaulle wasn't a hub at all for Air France, its main customer. In 1997, the airport saw barely 1,000 connecting passengers daily; now there are over 1,000 flights daily, with 25,000 possible connecting flight combinations each week, and 100,000 passengers every day, with thirty percent connecting beyond Paris according to Augustin de Romanelli, the CEO of the group that operates CDG, Aeroport de Paris.

De Romanelli is a realist. "All airports are facing competition with Middle Eastern airports, Istanbul, Frankfurt,” he said recently. “You have ten major hubs now" through which you can connect onward on an international itinerary.

Jean-Marc Janaillac, the CEO of Air France-KLM, also recognizes that his two airlines operate in an "ultra-competitive market" but that they enjoy a special advantage in Europe because the combined carriers operate two nearby European hubs: Paris and Amsterdam, "connected by a 'hubway' of 12 daily flights" between the two airports.

Those dozen almost hourly flights provide even more connecting possibilities: to more than 320 destinations in 114 countries, he asserts. Many people traveling between Amsterdam and Paris take the three-hour train trip these days, so presumably flights between the two airports are filled with connecting passengers, perhaps flying to Paris on Air France, connecting to Amsterdam, and then onward to a KLM destination.

Late to the game but forging ahead with innovations

Responding to the growth of visitors from Asia, it was the first airport in Europe to have all signage in Chinese as well as English and French. A free ”Instant Paris" lounge for international transit passengers, with a library (above) and spacious lounge areas rivals for style and comfort some of those fee-based enclaves operated by the airlines (a welcome feature are the copious electrical outlets accepting European, U.S., British, and USB plugs and voltages; even most hotels don't offer that). Another cool feature: the six dedicated lounges to coddle the 250,000 unaccompanied minors who transit through Charles de Gaulle each year. Equipped with day beds, fussball tables, Playstation consoles, a snack bar, games, toys, books, and other amenities, this unique feature attests to Air France's and the airport's commitment to distinguish itself from competitors. All hub airports should add these tech touches

In the technology sphere, airport management will spend one-half billion dollars over the next five years on further enhancements, one of which will be facial recognition passport control, designed to compare passport pictures with passengers presenting themselves at the border. This will speed entry but more importantly perhaps enhance security: a little-appreciated fact is that a certain percentage of the population is sufficiently face blind, including presumably some immigration officials, that facial recognition software is a safer way to match passport photos with faces.

A new high speed CDG Express train is in the works, to be completed by 2022, with 20-minute travel times to Paris' Gare de l'Est.

Speed is important to connecting passengers, so the airport has installed self-service gates that allow the boarding passes of all 178 passengers on an Airbus A320 to be scanned in 12 minutes or less (I tested this recently at it does indeed take about 10 minutes to board).

Air France employees at CDG now carry tablet computers (2500 of them to be exact), as I discovered on a recent trip. Presenting myself at check-in, an employee found my reservation as I approached, noticed that had "Sky Priority" and directed me to an expedited line. Self-service touch-screen information kiosks are scattered around the terminals.

Not surprisingly, Air France is CDG's biggest customer. As such, it's been a major driver in the airport's expansion and its innovation. The airline operates eight lounges for premium fliers and those with frequent flier status.

There are many innovative airports around the world, most of them hub operations. The super hubs that have sprouted in the Persian Gulf are huge and glitzy. Singapore's Changi Airport, with its free outdoor swimming pool, butterfly garden, and cinema, is often held up as the exemplar. But older hubs in the U.S. and Europe aren't going away anytime soon. The more that airlines compete for the transit passenger by innovating the way Charles de Gaulle has, the smoother that connections will be for the millions of new passengers worldwide expected in coming years.

Above images by Jason Ma