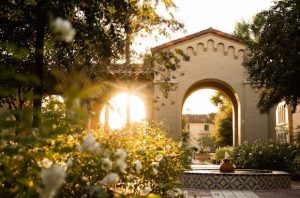 Orlando Is for Art Lovers: a Survival Guide for Culture Vultures

It still manages to come as a surprise to many people visiting certain theme parks out in its suburbs, but there actually is a real Orlando. Like, a city with an actual downtown, a mix of unique neighborhoods, and everything. Crazy, no?

Not really—besides its world-famous tourist attractions, Orlando is actually one of Florida's more compelling cities, a diverse place of new ideas and old money, a place where you can live in a historic home practically drowning in Spanish moss, walk to farmers markets, stay out late at fun little restaurants filled mostly with locals, and spend the occasional lazy day at a selection of surprising art museums, sculpture-filled gardens, and galleries.

In town and need a break from, well, you know? Here are five great destinations, each offering a great little escape from the Orlando you thought you had all figured out. The Morse Museum of American Art

Believe it or not, there was a time when the accomplishments of Louis Comfort Tiffany and his celebrated Tiffany Studios (home of the Tiffany Lamp) were fading into obscurity – this museum in Winter Park had the foresight to grab hold of the largest collection of Tiffany objets and ephemera found anywhere in one place to this day. Not familiar? The artistically-inclined Tiffany's father Charles was that Tiffany – Louis was the jewelers first design director, later breaking away to found his own glassmaking operation. ($6 adults, free for children under 12) Now coming up on its 100th year, one of the city's older cultural institutions is housed today in this 80,000 square-foot home, located in lovely Loch Haven Park, along with some other very fine cultural institutions. The OMA's general collection—with a specialty in ancient American art—won't keep you occupied for days, but there's plenty to like here. In town on the first Thursday of the month? Drop by for the regularly-scheduled party featuring live music, food, drinks and later opening hours. ($15 adults, $5 for children 4-17) Albin Polasek's career began humbly, a woodcarver in what today we know as the Czech Republic. His life, however, during which he became well-known for a series of rather dramatic monument and sculpture projects, ended much more comfortably, in leafy Winter Park. Today, Polasek's former home and gardens—a peaceful, art-filled oasis—are now open to the public. ($5 adults, free for children under 12) A gathering place and focal point for Orlando's Downtown Arts District, this isn't so much a traditional museum. You will, however, always find plenty of art on display, a rotating selection of both local and not-local works both in the center's exhibition spaces, along with a half-dozen independent art galleries that call the building home. They're open most afternoons—if you're in or near downtown, drop on by. (Free admission) Tucked away on the almost resort-like grounds of historic Rollins College, the Cornell might not be the Met, but its collection runs the gamut, ranging from the ancient to a selection of rather bold contemporary works, offering visitors a nice mix to choose from. In spring, don't miss the staff and student exhibitions, which offer an up-close look at the college's creative side. (Free admission)

For a look at current deals from all over the US and Canada, visit our Orlando (MCO) fare listings.