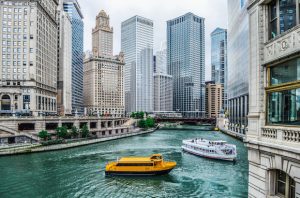 We've come a long way from deep dish. Now home to some of the country's most talked-about restaurants, Chicago has become so strong on food, it's almost one of the top reasons to visit now – as if there weren't plenty already. Best of all, you don't have to bring piles of money to participate. Sure, you can drop hundreds of dollars on dinner, but you'll probably find that humble Italian beef sandwich, dripping with jus (they call it gravy) and piled high with sweet and hot peppers to be just as memorable. Ready to eat? Here are twelve must-try dishes under $12 – all within easy reach of most downtown hotels. 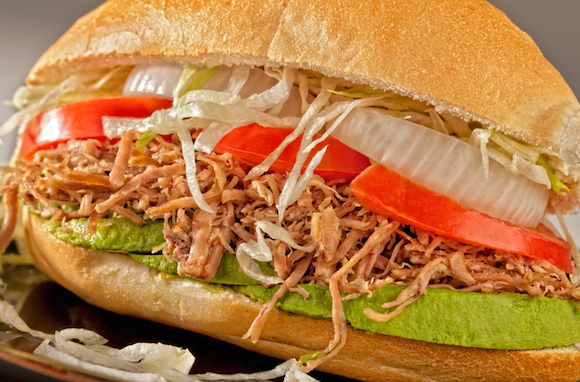 Ever had a torta? They're called cemitas in the Mexican state of Puebla, where they top them with – among other things – papalo, a medicinal herb that has over the years found its way into the hearts of many a hungry Chicagoan. The milanesa ($8.50) – that’s Mexican for schnitzel, or fried pork loin, essentially – is one of many things you can order at this sleek little sandwich shop in the hotter-than-hot West Loop – it is also one of the best. This upscale play on a fast food classic is one of the best deals in fancy River North – at $4.99 each, why not get two? Then again, saving room for donuts is the smart move – it's hard to find a basic chocolate donut as memorable as the one they fry up here. Tip: There's a coffee and donuts-only counter on Randolph Street, down in the Loop. For years sort of an unknown, Chicago's Chinatown is back and booming – hop the Red Line train a couple of stops south and come see for yourself. Start by eating all of the soup dumplings at this very popular joint – it's not quite what West Coast xiao long bao fans will be used to, but on a snowy and cold day in Chicago, it'll more than hit the spot. Note: They're just now wrapping up a renovation and will reopen in early December. You can come for breakfast, for lunch, for dinner or for their incredible churros and a cup of coffee anytime you like, but this all-day, counter-service River North spot from famed chef Rick Bayless would be far less essential without its incredible Mexican (and Mexican-ish) soups, or caldos. Are you thinking they're the perfect cold weather food? You'd be right – starting at $10.50 (it's a lot of food) and running the gamut from red chile short rib to straight-up veggie, there's no wrong way to order. Just one and you'll likely be hooked. This casual deli connected to the meat-centric Publican is one of the best fancy-but-not-fancy lunches anywhere near the Loop – it's worth the short trek west into the very cool Fulton Market area to sample from its rotating list of sandwiches and soups – hopefully they’ll have this very strong update on the Italian-American classic, a pretty good buy at $10.50. One of the shining stars of the sparkling new Revival Food Hall on Clark Street Street in the Loop (so much to eat!), this joint headed by a chef with a Michelin star under his belt does it all, from rich tonkatsu broth ramen to chicken to a thoughtful veggie version – starting at $9.95. Hang around downtown Chicago for a while and you'll start to see signs for this long-running chainlet often enough that you may begin to wonder: Is this for me? Depends. Do you like pillowy little Chinese pork bao (buns) for $1.99 each? Of course you do. Fun fact: Stop in for breakfast, which is also good. While there are some stellar sit-down spots in this River North temple to Italian cuisine that actually hails from Italy – this was the first Eataly in America, outside of New York City – there's something so satisfying about the giant squares of freshly-baked focaccia, served up in a variety of flavors and topping out at $4.80 per piece. Easily one of the smartest quick bites anywhere near the Magnificent Mile. Reuben at the Corned Beef Factory

A small storefront in Chicago's meat packing district (like its New York cousin, now one of the hottest zones in town) dishes up one heck of a reuben sandwich ($12). It's one of a very few things you can get here – typically a sign that you're doing business with an expert. Oh, and it comes with homemade potato chips. Nice. This sassy Israeli street food spot (think Chipotle, but for middle eastern eats) has worked its way into the hearts of Loop lunch workers and will into yours, as well, once you stop by and try this $7.49 gem at one of their downtown locations. Not that we're trying to ruin your diet, but their fries, ordered with a side of cheddar spread (a Midwest staple), are somewhat insane and rather affordable. Way up on the Northwest side, somewhat removed from the Chicago most visitors come to see, Smoque has long been a go-to for North Side 'cue lovers. Now it's downtown in the Revival Food Hall – that's right, the place where the ramen is, too, among many other very tasty things. Ask for an order of sliced brisket with white bread and sauces, which will run you just $8.95 – tack on a ¼ pound of any of the rest of their meats for $5 more. This DC favorite has been a Loop go-to for some time now – if you come from a Shake Shack city and were thinking of heading there (downtown Chicago has two now), drop in here first and see what's doing. Prices are in the same ballpark ($6.50 for a simple, but far from basic burger) and their milkshakes ($5.95) are ridiculously good – start with the toasted marshmallow.

For a list of current deals to the Chicago area from all over the US and Canada, see our finds to both O'Hare and Midway.