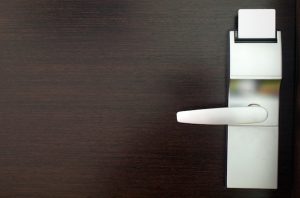 Cheap Hotels Are Better. Here's Why.

Are you paying too much for your next hotel stay? How much is too much remains a relatively personal thing, but the answer is too often a resounding yes. It's an easy habit to get into – "but it was only $199, that's such a great deal! – and a hard one to break ("you want me to stay where?") but for those ready to travel more and spend less, weaning yourself off of overpriced hotels is an important first step. Ready to go? Let's do this.

This first one's a doozy. For numerous reasons that make no sense to most travelers, more expensive hotels typically offer the fewest freebies. Let's say you check into a Hampton Inn – that's the budget brand under the Hilton umbrella. Along with your typically reasonable nightly rate, you'll get a whole load of freebies. Free parking, providing you're not smack in the middle of a city center. Free internet. A fairly generous complimentary breakfast spread, each and every morning. Now, take a look at the nearest Hilton property. It's a little more expensive, but you say to yourself, well, this is going to be much nicer, right? Okay, sure, if you like paying $35 for parking, $12.95 for basic internet ($18.95 for faster speeds) and $22 for the breakfast buffet. (I'm calling out the Hilton San Diego Bayfront, in this case.) Add all that up and for two people, you're looking at nearly $100 in extras for the one night at a hotel that isn't even close to being San Diego's best hotel for a proper splurge. Wouldn't you rather put all that cash toward another night's stay somewhere less gouge-y?

Many destinations charge hefty hidden tolls that you often won't be made fully aware of until checkout time. Say your room costs $99. You're not going to be too upset to see, say, $17 in taxes show up on your final bill – that's what you'll pay when visiting destinations like Houston, Texas, or Anaheim, California (home of Disneyland). The taxes quickly start to add up, however – even a rate of $150 means paying nearly $26. Obviously, it skyrockets from there. For one night, you might be okay, but paying $150 or more for a week's stay means budgeting in at least the cost of another night's stay. Keeping your average nightly rate low means less money for the taxman.

Resort fees aren't just for the beach, anymore – they're all over the place.

Like it or not, you need to budget for these fees. In cities like Orlando, Las Vegas – anywhere people like to go on vacation, really – hotels are becoming much bolder with the fees they slap on to the nightly rate to cover a multitude of so-called amenities. Take Vegas, for instance – for any price check, you can automatically add around $30 to the published, pre-tax rate at pretty much all of the hotels you'll have heard of. Better still, ditch the Strip entirely and try a Vegas hotel that hasn't hopped on the hidden fee bandwagon. Read all about that, here.

Higher-end hotels are shamelessly using parking charges as a profit center – even in the suburbs.

It's gotten ridiculous in the big cities – we won't shame the Chicago hotel that now charges upward of $70 a night for valet parking, oh, what the heck, it's the Trump – but budget hotels have to charge, too. Chicago's ACME, for example, boasts the "cheapest hotel parking in the city," at a still eye-watering $39 per night. Moral of the story: Don't bring a car to Chicago. Or any major city. Better still, sleep in the suburbs and commute. (On weekends in particular, this saves you hundreds of dollars in most towns.) Not that the suburbs are immune from fee creep – there, upscale hotels and resorts will now often charge fees to park in lots that used to be free. At the Marriott in Tysons Corner, Virginia, handy to the sights in Washington D.C., there's a charge of $9 a night. Modest, sure, but still. A couple minutes up the Leesburg Pike at the Residence Inn by Marriott Tysons Corner? You guessed it. No charge. Oh, and they've got free breakfast and Internet, too. Which the Marriott does not offer. Both hotels are convenient to the shopping that Tysons Corner is famous for, not to mention stations on D.C.'s new Silver Line Metro, which can get you to the museums and monuments of the National Mall in no time at all. Once again, the lower-end hotel wins.

Expensive hotels are expensive because they have more bills to pay. Will you be there long enough to use a world-class fitness center, a spa, a pool, 24-hour room service, beach chairs, a rooftop nightclub they probably don't even want to let you into? Why do you care that they have a world-class conference facility, with a world-class team to keep it running – you're not attending a conference, are you? Will you even read that newspaper they drop at your door? Do you have time to sample the offerings in the hotel's many fine restaurants and lounges? When splashing out for a nice hotel stay, you'd better make sure you're going to actually do more than sleep.

There are so many good tools out there now to help you pay less for your next hotel stay.

Tripadvisor now compares a whole bunch of sites in your desired destination, allowing you to cross-reference the best values with the best-rated hotels. It's a pretty neat tweak to the site. There's always Priceline, too – you don't even have to bid, if you don't want to, because their Express Deals option does the bidding ahead of time. All you have to do is grab that $95 rate on a 4-star hotel in New York City on a Sunday night before it's gone. Don't think that you have to wait until the very last minute to get that screaming deal, either – some seriously good hotels have been known to toss piles of rooms into Express Deals weeks ahead of time at discounts of more than 50 percent of the eventual nightly rate, sometimes even more. (Case in point: In the run-up to July 4th, the W Hoboken, across the Hudson River from Manhattan, was selling off rooms for roughly $125/night well in advance – by that weekend, the lowest rate had soared to just shy of $400). As with the bidding tool, you need a taste for adventure: they won't tell you where you're staying until you've paid. But as any happy user will tell you, it's nearly always possible to figure out where you'll be staying ahead of time – or at least narrow it down to one or two properties that you can research further before you give Priceline your money. If for some reason you're not a Priceline fan, go to Hotwire. (Though for whatever reason, Priceline – particularly its app – just feels more user friendly.) Tip: These secret deals – referred to as opaque deals by the industry – can be ideal for last-minute staycations, or for those more hotel-centric getaways – you'll often be able to upgrade yourself to something much nicer than you'd expect to find at list price.