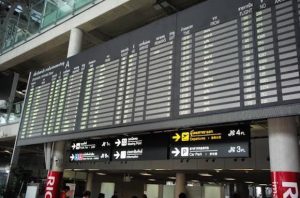 The airlines have experienced so many computer outages over the last few years they’re hardly even news anymore, despite the fact they’ve stranded thousands of passengers and caused untold economic damage.

Whether they’re caused by electrical failures outside the airlines’ control or by computer systems with inadequate recovery or backup capabilities, read on for some protections and strategies to survive these glitches.

Passengers can ask for a refund, even on a “non-refundable” airfare, if a flight is canceled or “severely” delayed (severe varies from airline to airline but generally a two-hour delay qualifies).

If You Bought Travel Insurance

While some policies may not cover electrical outages or computer system shutdowns, others will. Most common: coverage for trip delays if you need meals or a hotel room or other reasonable expenses, and costs associated with getting to your destination. Less likely to be covered under these circumstances: cancellation penalties for hotel rooms, tours, cruises at your destination. According to travel insurance aggregator Squaremouth.com, insurers AXA Assistance USA and Tin Leg stated they’d cover the latest Delta snafu because an airline computer outage falls under the policy definition of "mechanical breakdown of the common carrier" in their policies’ fine print.

If You Have Credit Card Coverage

Some credit cards, notably those issued by Chase for United and Sapphire and some upper-tier Citibank American Airlines cards, offer trip delay protection as (typically up to $500 for meals, hotels, etc.) for “equipment failure”; whether this means aircraft or computer equipment is open to interpretation. You must charge your trip with the credit card.

If You’re Flying to or from Europe

Depending on whether the outage was deemed to be within the airline’s control or not (electrical outages probably not, computer system meltdowns probably yes), European Union law provides cash compensation for delays and interrupted trips, as well as mandates that airlines provide meals and hotels to stranded passengers.

If You’re Stuck on the Runway or Tarmac

US D.O.T. regulations state that you can request to be deplaned if the delay stretches past 3 hours on a domestic flight or 4 hours on an international trip. Airlines can be fined heavily for refusing to do so unless the crew cites a safety reason.

You Can Ask to Be Put on Another Airline

Years ago, airlines were required to do this for free, even paying for first class if economy class was full. No longer, but you can still ask to be endorsed over to a competing airline. The higher your status in the frequent flier program the more likely they’ll take care of you. Some veteran agents still understand “Can you 240 me?” but it doesn’t always fly.

Get Thee to the Airline’s Lounge

Even if you’re not already a member, this is the perfect time to cool your jets in the Delta Skyclub, the American Admirals Club, or the United Red Carpet room. Day passes are typically $50, but if you’re going to be stuck for hours, it’s worth it. Also, the lines for rebooking or information will be shorter in these lounges than in the terminals.