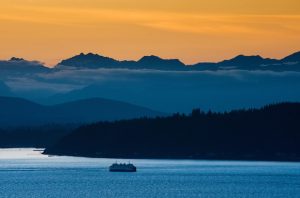 No Time for a Cruise? Try These Unforgettable North American Ferry Rides Instead.

They won't last for weeks at a time – some take just a few minutes out of your day – they may not have climbing walls or balcony suites with towels on the pillow shaped like swans, but these ferry rides – from Southern California to Atlantic Canada – will be just about as memorable as any cruise. Feel like taking a ride, before summer's over? Here are just a few of the best routes in North America, each worth a slot on your to-do list. 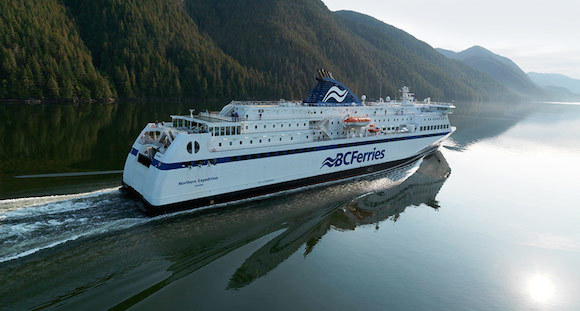 From simple island hops to lengthier runs between Metro Vancouver and Vancouver Island to multi-day jaunts in British Columbia's remote north, BC Ferries could keep you occupied for weeks – if you have the time, not to mention the money. (This is Canada. Fuel isn't cheap.) In a region of our neighbor to the north that relies on this extensive system for survival, these ferries aren't just for sightseers, they're a way of life. People take their meals on board (the food is far better than it need be), they sit back and crack open their laptops to keep their offices running, they'll exercise (or work on their tan, depending on the time of year) on the top deck – it's a great way to experience life in Canada's luckiest province, all while taking in that world-famous Pacific Northwest scenery. (bcferries.com) 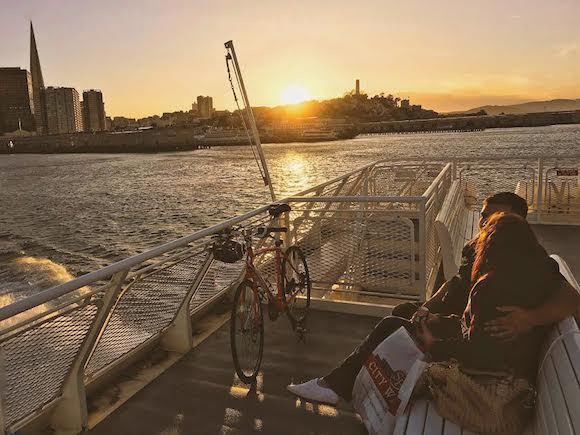 There are few better ways to unwind after a busy day in San Francisco than a boat trip across the bay – just head down to the foot of Market Street and hitch your pick of rides from the Ferry Building, a historic transit hub that lots of people now know best as the city's fanciest food hall. Lots of people prefer the route that brings you to the charming suburb of Sausalito, just north of the Golden Gate Bridge, but it's so much nicer to skip the tourist crush and go with the longer, blow-your-hair-back shuttle to Larkspur, a wondrously scenic but mostly locals-only run that drops you off at a park and ride lot, just past the notorious San Quentin prison. Don't panic, there is a there, there, of sorts – just across the pedestrian bridge you'll find the oh-so-California Marin Country Mart shopping village. Stop in for smart cocktails and dinner at Farmshop, or, if you've made it before closing time, sandwiches and pastries at Rustic Bakery. (goldengateferry.org) 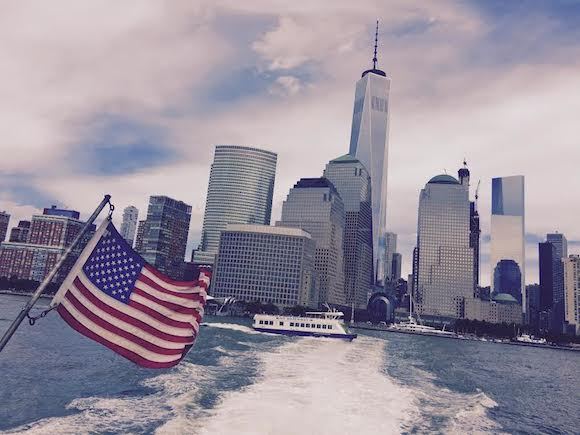 Sure, the Staten Island Ferry may be free, but you know that old adage about getting what you pay for, right? Skip the crowds (and the wait) and cough up a little dough for the furiously fast New York Waterway ferries, departing your choice of docks in both Midtown and Downtown Manhattan. The way they race back and forth from the city to the increasingly happening New Jersey waterfront is almost hilarious. It's the ultimate quick adrenaline hit after a day of pounding the Manhattan pavement – not to mention a chance to get some killer Manhattan skyline shots, whilst sailing to and from. (nywaterway.com) 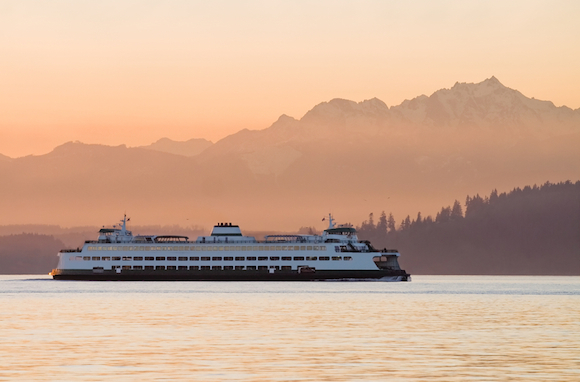 Visit Seattle's Luckiest Suburb (Well, One of Them) Washington

Imagine commuting to your big-city job from an island the size of Manhattan but containing only the population of just a few New York City blocks. An island of charming little village centers, endless walking opportunities, lush forestlands and too many beautiful beachfronts to count. Sounds almost too good to be true, no? Except that Bainbridge Island is very real (and rather spectacular), a veritable paradise connected to downtown Seattle via frequent ferry service, costing just $8.20 round-trip. You don't have to be a resident to appreciate the island's many charms and you don't even have to leave the ferry dock on the other side, if you don't want to – the 35 minute ride over, with its city skyline and Mount Rainier views, is the sort of thing that makes many a local feel extremely fortunate, every single day. (wsdot.wa.gov) 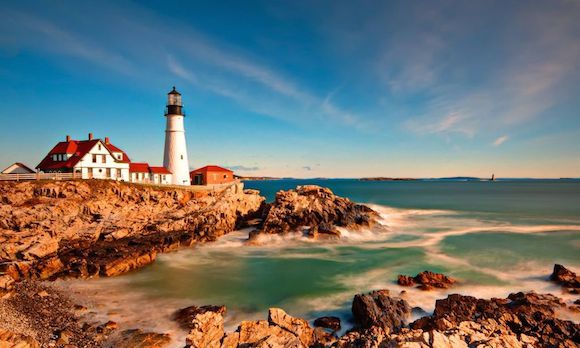 On a list of "best places to cool off in August," Maine is pretty far up there, desirability-wise – from happening, not-too-hot Portland to the state's many beautiful isles, you really can't fail. But with our dollar performing very well against Canada's and the crowding much less a factor up on that country's seemingly endless portion of northern Atlantic coastline, Nova Scotia should be an easy sell. Fares aren't exactly a bargain, but they'll get you and your car from Portland's waterfront to the small Canadian town of Yarmouth, the perfect gateway for a nice, long road trip through the province. (To get from there to the top end of Nova Scotia's legendary Cape Breton Highlands, you're looking at roughly eight hours drive, minimum.) (ferries.ca/thecat) 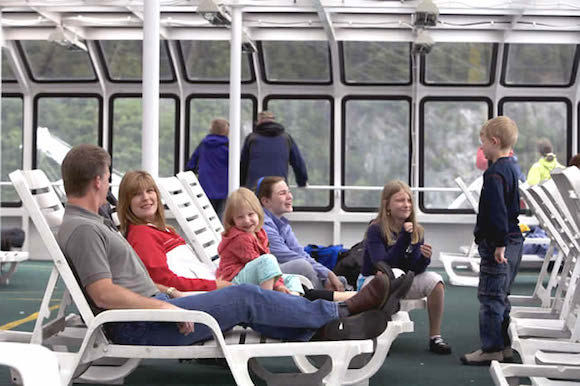 Cruise the Inside Passage, Hold the Cruise

People pay thousands of dollars to get up close and personal with the extreme beauty of Southeast Alaska, with its postcard-perfect little towns dotting the landscape, few-to-none of them on what Alaskans refer to as "the road system." You didn't think they all got around by cruise, did you? Reaching from Bellingham, Washington all the way out to the Aleutians, Alaska's 3,500-mile, state-operated Marine Highway keeps everyone from Ketchikan to Kodiak (and beyond) connected via sturdy, workhorse vessels at rather reasonable prices, particularly if you don't mind roughing it. (Ever camped out on a boat before? Here's your chance.) (dot.state.ak.us) 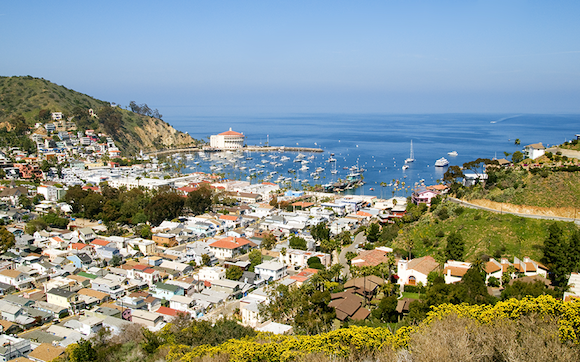 Sail Away from Socal – for the Day

Squint and you're almost in Sicily while on Catalina Island, less than 30 miles off the jam-packed Southern California coastline. From the compact, historic harbor town of Avalon to your choice of swimming beaches to rugged, dry uplands that beg to be explored (bring water, bring sunscreen, bring a hat), there's something to please pretty much everyone – on some weekends, it feels like pretty much everyone has followed you out here. For best results, do a leisurely weekday jaunt from any of the handful of ports with connections to the island – anyone in Los Angeles that selects Long Beach as their departure point has the option to ride the LA Metro Blue Line train down to the docks to avoid traffic and a hefty parking fee. (catalinaexpress.com)