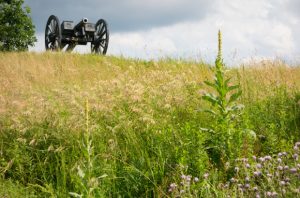 From the clear, blue waters of the Caribbean to the dry Oklahoma plains, military history is everywhere in these United States. This Memorial Day, touch the past – from the first sparks of the Revolutionary War on up to the 20th century – in ten fascinating and unique destinations. 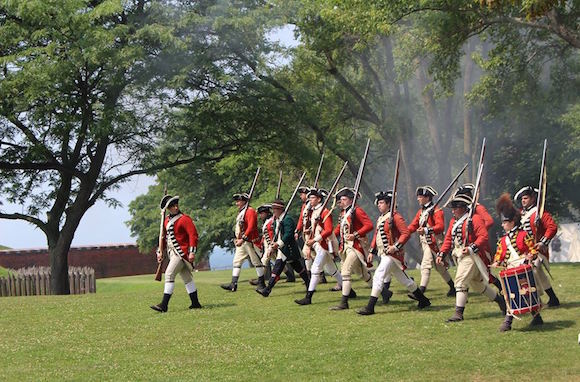 Established by the French in the early 1700s and today the oldest continually occupied military installation in North America, this well-preserved site at the mouth of the Niagara River is closely associated with the War of 1812, given its strategic location along Lake Ontario, just a stone's throw from Canada. Original 18th century architecture, working artisans, musket demonstrations and regularly-scheduled re-enactments bring the fort back to life for visitors. 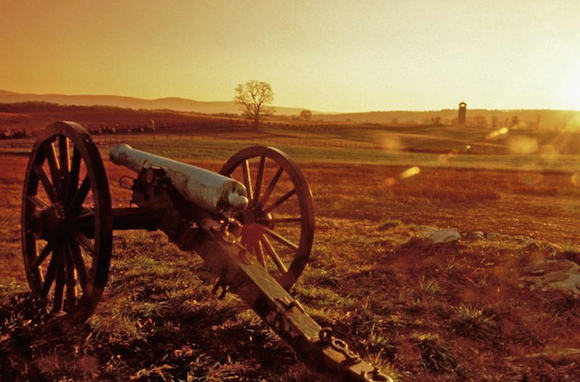 The site of the bloodiest single-day battle in American military history and a watershed moment in the Civil War is now an idyllic patchwork of farmland and forest trails popular with outdoor enthusiasts. The silence is perhaps a fitting tribute to the momentous event that sent the Confederate Army packing – temporarily - back over the Potomac River after their first foray into Union territory. 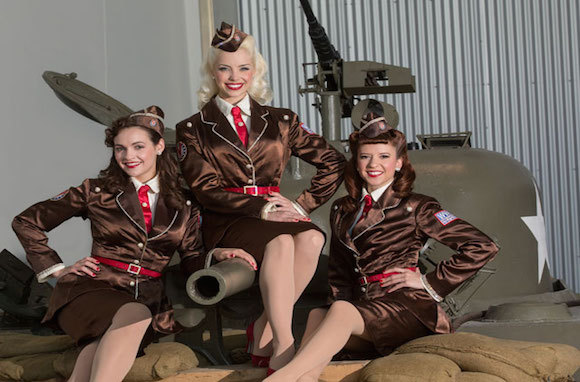 Quite easily one of the best museums of its kind, this vibrant memorial to The Good War offers everything from an interactive "mission" aboard the USS Tang submarine to live entertainment in the Stage Door Canteen and a 4D movie, Beyond all Boundaries, with narration by Tom Hanks. When you finally get around to them, the extensive exhibits are equally impressive. Seven small islands comprise this marine park seventy miles from Key West; the park is home to Fort Jefferson, dating back to the early 1800s. Built from 16 million handmade red bricks, nearly 2,000 people called it home during its heyday. The fort never saw much action, but remains a striking example of military architecture from the time period. Guided tours are available, but many visitors prefer to spend their time snorkeling, swimming or sunning on pristine white sand beaches; overnight camping on the same island as the fort is permitted on a first-come, first-served basis. 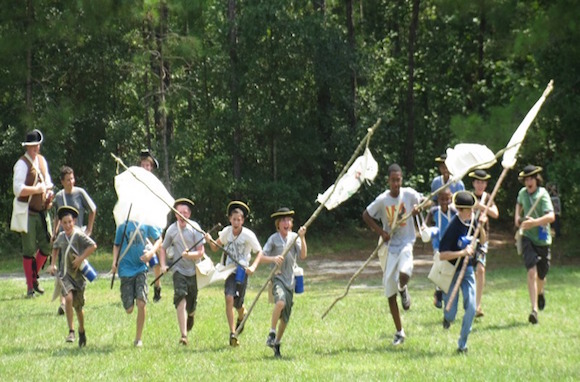 Associated more closely with New England, one of the earliest open conflicts of the Revolutionary War actually took place right here in the Carolinas in the spring of 1776. Defeated rather handily by patriot troops, North Carolina declared its independence shortly thereafter. Located not far from the coast at Wilmington, the rural site retains a remarkably off-the-grid feeling, in stark contrast to its relevance to American history. 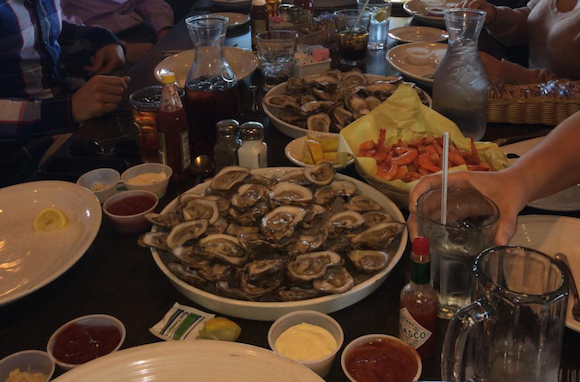 Perched above the busy Ship Channel and just minutes from downtown Houston, generations of Texans come to pay tribute to the site where their ancestors defeated the Mexican Army and achieved its independence in 1836. Also here is the USS Texas, the oldest surviving naval battleship still afloat on American waters; make sure you stop in at the Monument Inn for oysters, fried shrimp and toasty cinnamon rolls before leaving – it's tradition. 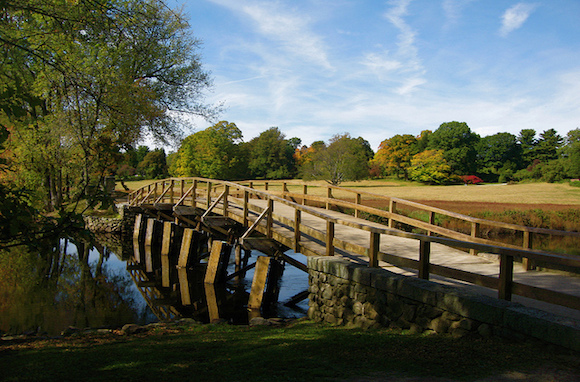 Today, Lexington and Concord are known as two of Boston's most charming suburbs. In 1775, they were the site of what Ralph Waldo Emerson called "the shot heard around the world" – namely, the opening battle of what would become the Revolutionary War. The historic route between the two towns, with its preserved open spaces and architecture, is transportive. What was once home to the legendary Buffalo Soldiers and in his later years, Apache leader-in-exile Geronimo, remains an active military base – the last outpost on what was once Indian Territory. The museum occupies nearly forty buildings and contains vast collections of military and Native American artifacts; the U.S. Army Field Artillery Museum offers an up-close examination of heavy weaponry through the years, dating back to the Revolutionary War. 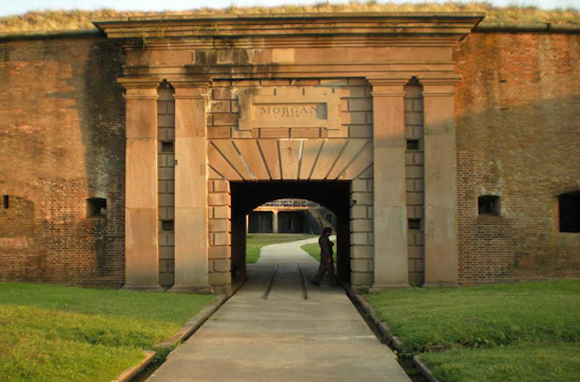 One of two forts built following the War of 1812 to protect the port of Mobile and still surprisingly intact, this beachfront stronghold saw plenty of action during the Civil War, as a flashpoint in the famous Battle of Mobile Bay, when the fort succumbed to attacking Union forces. Today, it's a popular recreational park as well as one of Alabama's more important historic sites. A short ferry ride to Dauphin Island brings visitors to the equally interesting Fort Gaines. 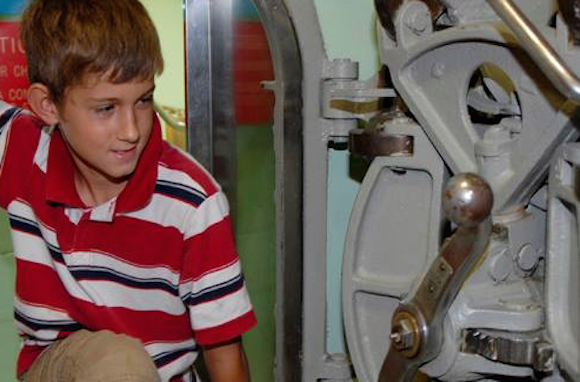 The town of Groton and submarines have been inseparable from the moment naval warfare entered the modern age – the General Dynamics Electric Boat Company built the first submarine purchased by the United States Navy in 1900 and remains its primarily supplier. No surprise, then, that this hands-on museum would be found here; the USS Nautilus, the Navy's first commissioned nuclear powered ship, is the highlight. 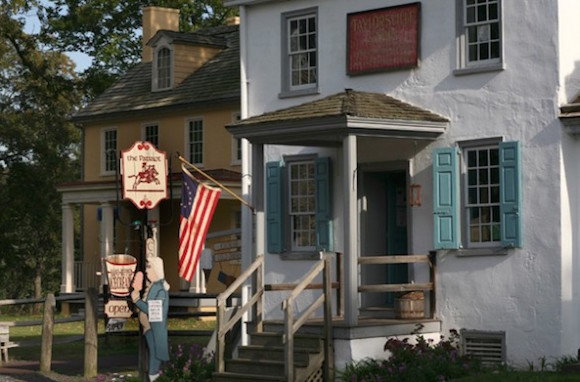 George Washington's legendary Christmas crossing – the one that reignited the Revolutionary War – is commemorated on both sides of the Delaware River, with period architecture and idyllic parklands, an annual reenactment and more all connected by a historic truss toll bridge. Stretch your legs on twin canal paths, then reward yourself with tomato pies and homemade ice cream at the equally legendary Its Nutts, a vintage drive-in on the New Jersey side. 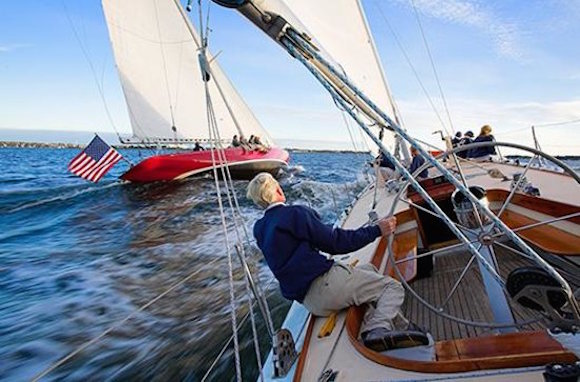 Military artifacts from over 100 countries at the Artillery Company of Newport museum, revolutionary-era forts (built by both colonial and British forces) and historically relevant parklands offer a fascinating look at the military history of a city more commonly associated with yachting and an abundance of Gilded Age architecture (not that there's anything wrong with those things).