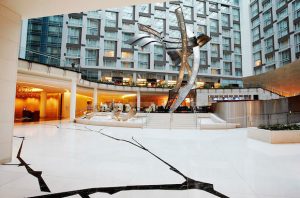 A Simple Trick That Will Save You Tons of Money on Hotels in Washington, DC

Every now and then someone in the travel industry releases a study that tells us things that we already knew – for instance, did you know that New York City is expensive? (No way, seriously?)

Recently, yet another study popped up that caught my eye: Second in the country when it comes to average nightly hotel rates, after the Big Apple? Washington, DC. Having had extensive experience with booking hotels in our nation's capital over the past year, I can see how the data would favor such a ranking. Except that DC, more than many cities, has a Jekyll/Hyde thing going on with its hotels. The District of Monday, Tuesday and Wednesday is a very different thing, much of the year, from the District on Thursday, Friday, Saturday and even Sunday nights.

For all the ways the city has grown and changed and become more fun and interesting in recent years, it is still very much a company town, full of business hotels that tend to quiet down as soon as visiting businesspeople can catch a train or a plane home. This leaves weekends to pretty much all comers, thanks to suddenly and, often, significantly lower nightly rates.

Just how cheap is cheap? Lets take the Omni Shoreham Hotel, a true classic, just a few minutes on foot from the Metro and the National Zoo. For late March, the rate for a stay of three nights beginning on a Monday was $399. Check in Thursday, however, stay until the following Monday and, wait, what's this? The rate goes down to $110 a night. Want to just stay Friday and Saturday? Same deal.

Downtown, closer to the action both there and in the neighboring Shaw district and right by Union Station, the sleek Marriott Marquis is no different. Beginning of the week? You'll pay $362 or more (some sites were showing $417). Thursday onward, however, the rate plummets to $127. That's non-refundable if you change plans, but still.

While you can't expect this to be the case at every hotel in town – the most popular addresses (as in, the ones you've heard of) tend to fluctuate less wildly; these places have no problem filling beds with weekend visitors. But again and again, you'll find it works, particularly with Marriott properties – they're headquartered here and have a whopping 150+ hotels in the region.

Want even better bargains? Look for hotels located along the Metro rail lines – particularly in Northern Virginia and Montgomery County, Maryland, where properties cater almost exclusively to weekday business travel. Tysons Corner, for instance, used to be a place to steer clear of, until they ran a train line right through it, connecting you to Foggy Bottom (and beyond) in mere minutes all day, every day. From the Tysons Corner Marriott, you can not only walk to the station, you're also minutes on foot from dozens of restaurants and some of the region's best shopping, once you're done with the city. For all this, you'll pay around $200 and up most Mondays, Tuesdays and Wednesdays. Thursday through Sunday or Monday? The rate drops to $89, including parking. (Members of the Marriott Rewards program, which anyone can join in minutes, are offered an even lower rate of $76 on many weekends throughout the year.)