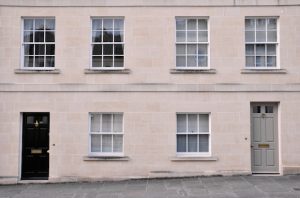 Airbnb: I'm Not Saying We Should Break Up, but We Definitely Need to See Other People

Let's get this out of the way: Airbnb is pretty amazing. These days, with the click of a button, you're at home pretty much anywhere around the globe, whenever you want to be. For those of us who can't stop exploring, it's easier than ever to stay mobile at a price that's often remarkably affordable.

Yes, Airbnb is terrific – until it's not. Airbnb is still largely illegal in some cities – New York has been fighting with the company for years. Amsterdam is currently clamping down, hard. In many destinations, hosts flat-out ignore building and municipal rules regarding short-term rentals, asking their guests to lie if confronted by neighbors. Many cities haven't yet figured out how to collect taxes, giving hosts a major advantage over local hotels that they really haven't earned. Then, of course, there are Airbnb's own fees, which can be downright punishing for budget travelers.

Finally – after all that – there's your actual stay. It doesn't matter how taken you are with the low, low price of that flat in Paris. With Airbnb as with anything, you can generally expect to get exactly what you pay for. Sometimes, a whole lot less.

After a number of years weighing the pros and cons, I find my enthusiasm for Airbnb waning, more than just a little. I'm still loving life on the road, but for much of 2016, I'll be looking for housing through different channels. Here are six reasons why I've decided to see other people.

I'm all for the site's policy of hosts being able to publicly review their guests, but with positive feedback crucial to both parties' continued success on the site, serious site users are pretty much forced to lie through their teeth. I've been in situations where I've wanted to buy billboards to warn people off certain listings. Instead, I've ended up leaving no review at all, simply because I don't want to poke the bear. Many users feel the same way – this is how too many average listings become "amazing" and how a just-okay host becomes "the best ever." A good 50 percent of the time, I find that reviewers are either completely ignoring or straight up lying about issues I'd loved to have been made aware of before booking.

2. Too many hosts don't know how to clean a house.

Over a four-year period, I've lost track of how many homes I've stayed in where they – from Superhosts to the sketchiest newbie – hadn't properly dusted or picked up the pet dander. Windowsills black with soot, air conditioners gummed up with junk, heating ducts that belched out particulate matter, dust bunny farms under the bed – I've seen it all. Over and over and over again. For me, this means that I either take pricey allergy medication every night or I don't sleep well. I'm done hoping for the best – if a unit isn't professionally cleaned between guests, I will no longer book.

3. In many destinations, Airbnb can be poor value for short stays.

From Vancouver in the winter to Valencia, Spain in the summer, don't just assume that Airbnb is the most cost-effective route. During the winter, I can get a clean, well-lit motel room near walking distance to the water in Vancouver for less than someone's dank basement studio in a crap part of town, while in places like Valencia, hotels are sometimes just that cheap, particularly with the dollar hanging out closer to the euro. Then there are cities like Portland and Oakland, where occupancy taxes are now so high, it's foolish to not cross-check with hotel rates, particularly during low season. Simply: For stays of less than a week, always check hotel rates as well. At the very least, you'll have a better understanding of how much you're saving with Airbnb.

See something you like on Airbnb? Before booking, see if it's listed somewhere that doesn’t charge Airbnb's hefty fee. Even with the most flexible of policies, canceling an Airbnb stay won't get you the fee back – I recently lost nearly $100 when nixing two relatively cheap, short-term stays that offered fully flexible terms. Incidentally, I'd cancelled them when a vastly-superior long-term opportunity came up through HomeAway. There, I was offered a full refund if I decided to cancel, as long as I did so 30 days in advance. That's a lot better than Airbnb's long-term cancellation policy: I'd have lost every penny of the first months rent, even if I changed plans months ahead of my stay.

5. When renting a room (rather than a private apartment), don't expect to feel welcome.

There are three types of hosts that rent rooms, as I see it. One sees this as a way to make money off of property they aren't using. In some Canadian cities, there are some great guesthouse setups. These typically feature a few small but complete rooms, with shared kitchen and living space. The host typically lives elsewhere; interaction is by text message. These are great value for money – you're essentially staying in a budget hotel, but at even lower rates. There's no forced socializing, your every move isn't being scrutinized. When you find these and the star ratings are good, book them. Then there are the people, often retirees but sometimes younger, who open up their homes to travelers from around the world because they like to host and meet new people. From working-class neighborhoods in Baltimore to Southern California's sparkling coastline, I've met some seriously wonderful human beings who think nothing of opening their homes and hearts to strangers. It's an inspiring experience. Also, it almost never happens. No, the bulk of room rentals on Airbnb seem to be with hosts who depend on the income. As with hotels – any expert can tell you – the best experiences will be in places where the owners don't need the money. These poor hosts are often overwhelmed by life (read: terrible at communicating, their homes are a grimy mess, they're often downright rude and rarely anything close to generous with their space or time) and usually have no business being in business. Often, you can sniff this sort out in advance with a close read of listings and reviews – in which case you should run far and fast. Other times, even the nicest, smiliest host is one missed med / bad night's sleep / fight with significant other away from making your stay downright unpleasant. Sure, you're thrilled to have paid $50/night in a city where even the dingiest fleabag out by the highway can cost double that – as time goes on, however, the hidden costs can really start to stack up. Personally, if it was roommate drama I wanted, I'd time travel back to my early 20s. At least rent was cheaper then.