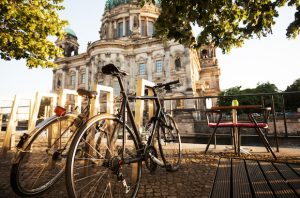 If you've yet to tackle your travel planning for 2016, a quick word: Anyone with the option to leave the United States this year really ought to do so. No, not to avoid eight more months (yes, eight, count 'em) of non-stop chatter about the election, though that does give us an idea. The real reason: Your dollars are worth more overseas.

For a variety of reasons and in a variety of destinations, the greenback is stacking up better than it has in a good while, making domestic travel one of the worst bangs for your buck during the coming months. From the pricey British Isles to beautiful South Africa, the time to go is now. You can almost do the UK on a budget. Almost. First, there's cheaper airfare – from New York, you have options like Norwegian's cheapo nonstop ($500 including taxes in April, for example) or WOW Air's similarly priced fares available in spring and fall via Reykjavik. Once there, you'll find the pound and dollar inching towards parity (ever so slowly) after years of growing apart. Sure, London's still off the charts expensive, but the rest of the country is starting to look surprisingly doable. From clean, modern hotels in mid-sized cities with good rail links easily found for less than $95 a night on most dates to nicely-priced vacation properties in idyllic locales like West Cornwall (oh, those beaches), this might be the year to stop convincing yourself that the UK is out of your league. It's really not. The Continent is available at the tiniest of markups. No need to struggle with in-your-head currency conversions on that next trip to the continent – the Euro and the USD are close to twinsies at this point. Best of all, with lots of trip staples – train tickets, hotel stays, short-haul flights – often typically a good value in their home currency, those who know where to look and how to book will find that a trip to the continent can not only end up balancing out, it could cost you less than a vacation back home. So maybe you don’t end up in the lap of luxury, but you're in Europe and you're not going broke. That's no good? Best of all, anyone who hates sticker shock has their choice of destinations in which to play it safer than safe – Berlin, for example, is always a relative bargain. (It's also particularly fun during the summer months.) Norway's pain is the traveler's gain. If you own a car, you know – oil prices haven't been this low since before some of you were born. Norway, accustomed to doing very well, most of the time, is nervous. Even with a weakened krone, travel here can be expensive, but a carefully planned side jaunt to Bergen (OMG fjords!) or Oslo (culture!) from, say, London, can be done for almost pennies, if you plan. Norwegian will whisk you there from Gatwick at about $40 each way, while the simple-chic Citybox hotel chain will sell you a small but comfy room from around $75/night. Flying to one but want to visit the other? Hop a train for what's been called one of Europe's most beautiful rail journeys – right now, you'll pay about $58 each way. 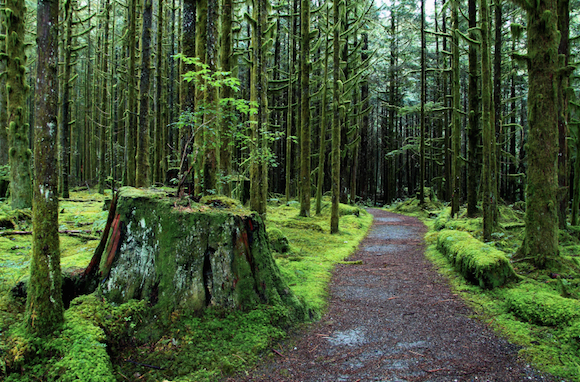 The best of Canada is now a bargain. British Columbia is expensive for everyone, most of all for the people who live there. Equally blessed and cursed to be Canada's most temperate province, its gateway to the Pacific Rim and one of the most inspiring spots in North America, you'd expect it to cost just a little. This spring and fall, however, hotel rates in top-end destinations like rugged, beachy Tofino, the charming city of Victoria and vibrant Vancouver can be had for a song – budget travelers especially will be thrilled to find rates between $50 and $75 pretty much all over, for perfectly decent motels and hotels. The deals go further than lodging – so wide is the gap between the two dollars right now, even gas and food (two notoriously pricey essentials up here) can be cheaper than in some popular American destinations. They're not giving Mexico away, but it's getting close. With the peso flirting with record lows in a country that's often a good deal to begin with, this is the year for the most timid of travelers to give things a go. If you've missed the buzz, Mexico City is easily one of the coolest cities on the continent right now (though, to be fair, it's always been fascinating). Here, you can spend a week in a four-star hotel for as little as $500. And while the top beach resorts likely won't cut you a break until the start of hurricane season, there are plenty of decent little properties in desirable destinations like Cozumel for less than $99 a night this spring. Want to really soak up the savings? Head anywhere large groups of foreign package tourists don't – colorful colonial cities like Queretaro or Oaxaca are a great buy, so are beach resorts popular with domestic travelers, like Acapulco (still as gorgeous as ever, even if it's had a tough few decades) or Puerto Vallarta, once you move beyond the major resorts. Oh, and good news for Southwest fans – make sure to price out their nonstop flights to Mexico City and the most popular beach destinations from key US gateways. Australia out of reach? That's cool, because South Africa's on sale. Okay, so it's one of the longest flights you'll ever take, but it's worth it. Not only are airfares often the better deal, when compared to that other Southern Hemisphere highlight, expensive Australia – once you get there, nearly everything's a bargain. (Said nobody about Australia, ever.) First-timers are urged to jet directly to the Western Cape, one of the most beautiful places on earth, featuring rugged mountains, endless coastline, idyllic wine country and one very charming old city, Cape Town. With temperate, California-like weather, it's nearly always pool time at a parade of cute little boutique hotels, which can often be found for around $100 or even less – to rub elbows with the elite, try for an address in the exclusive beach suburbs. (Uber and Lyft make getting around town – and the region – a snap, so don't worry about feeling isolated.) With the rand currently on the fritz, daily incidentals can be astonishingly affordable, from that morning cup of rooibos tea (native to the Cape) to your first sip of local Sauv Blanc at sunset. Who's in?