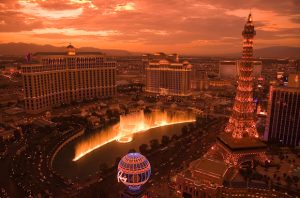 12 Cheap Eats On the Las Vegas Strip for Under $12

If you've come to Vegas looking for cheap buffets and 99 cent shrimp cocktails, let's hope you remembered to bring your time machine. (Of course, if you can afford a time machine, you probably aren't pinching pennies, in which case we really should hang out more, no?)

These days, unless you're an avid gambler, cheap and free aren't so much a thing in Sin City. What's a thing, instead: $50 lunches. $100 dinners. Astronomically priced cups of morning coffee you wouldn't serve to the most dreaded of houseguests.

This isn't to say that Vegas is entirely a rip-off – far from it. If you can get yourself on a schedule, there are some terrific happy hours, from Mandalay Bay all the way up to the Stratosphere. To boot, nearly every fast food chain you can think of is hiding out somewhere either on or near the Strip. Hungry for something a little more...interesting? Here are 12 of the best affordable bites for less than $12. Happy eating! 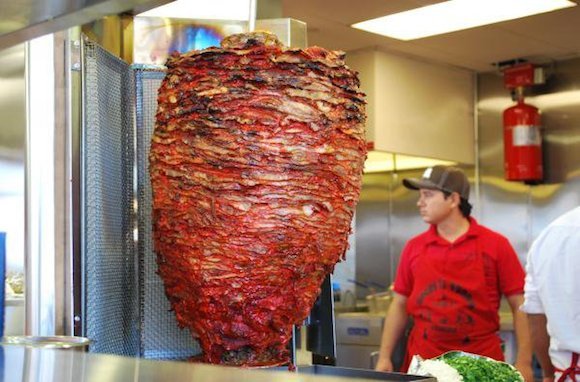 When this Tijuana transplant adjacent to Encore locked its doors for good in 2014, late nights on the Strip suffered a huge setback – where would the all-hours crowd get cheap tacos and piles of French fries topped with sizzling carne asada, along with pretty much every fixin' behind the counter? A year or so later, the answer is right back here, where it all started. Those fries are rather hilarious, but the tacos, comprised of beauteous marinated pork shaved right off the rotating trompa and topped with avocado crema are perhaps the ultimate cheap eat on the Strip. 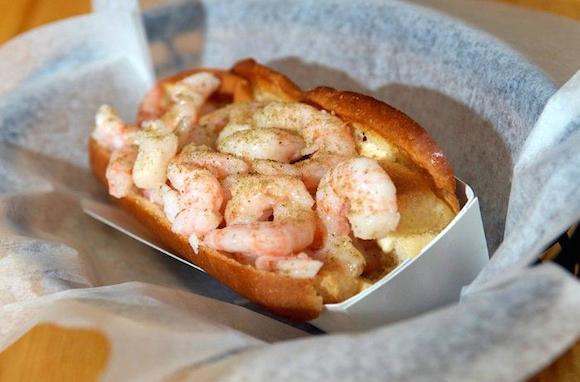 This East Coast smash hit recently landed in the forecourt of the Strip's most normal shopping center, just across the street from Treasure Island, Wynn and Palazzo. The signature item isn't close to a cheap eat at $18, but the $10 rolls filled with plump, quality shrimp are a very decent buy; so is the creamy New England clam chowder for $9. 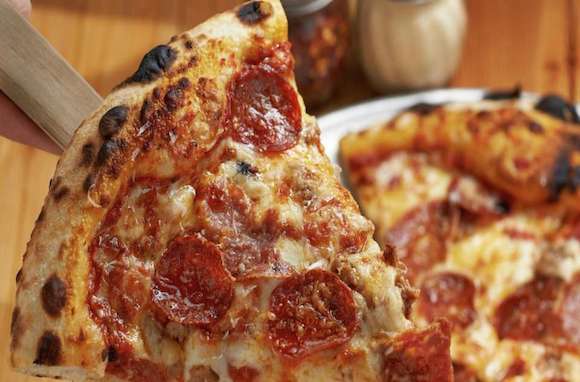 Of all the expensive pies on the Strip, the ones you'll get at Shawn McClain's casual spot buried inside Aria, land of the overpriced everything, are perhaps some of the best, marrying the super-fashionable artisanal style with good, old-fashioned New York folditude. Best of all, you don't need to sit down to try them – there's a takeout counter at the front. Sure ,the price of a slice may make you lose your appetite, but that's totally fine, buzz off, line's too long anyway. Tucked into the ugly new flea market-that-never-goes-away now squatting in Bally's front yard, this San Francisco import serves up one of the meanest, cheapest bowls of ramen you'll find anywhere near the Strip. It's a tiny spot, most ramen junkies will have had better, and the wait at peak times can be a mess, but what more can you ask for at just $9, right across the street from the dancing fountains of Lake Como? Not too much. 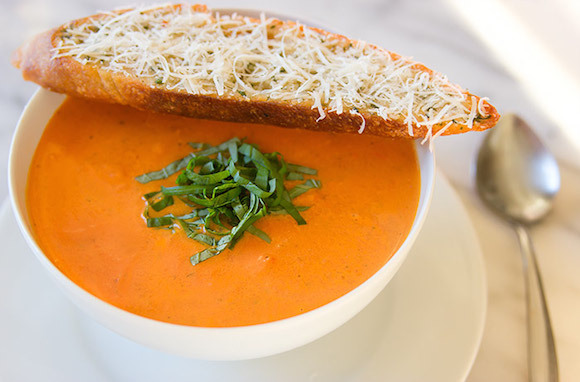 Need a break from the mayhem? Slip away to this civilized but casual lunchroom, tucked away in the back of the Fashion Show for a spot of lunch – you can go whole hog for less than $20, but the soup's a killer deal if you just need a bite and a moment to unwind. 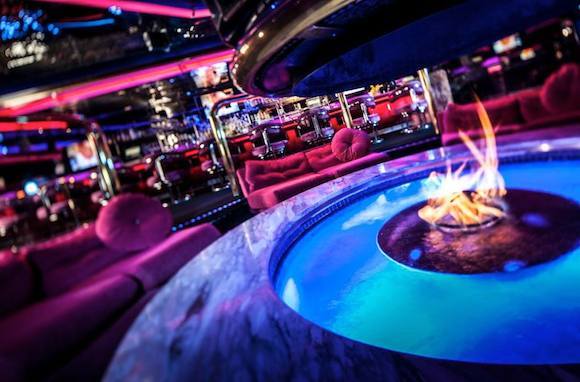 $11.95 Pastrami burger at The Peppermill

The Peppermill is the kind of coffee shop that used to be in all of the casinos, until the coffee shops turned into expensive restaurants serving thinly-disguised coffee shop food. The food comes on plates that are almost the size of your table, there's a terrific cocktail menu, if you can finish one of their nacho plates all by yourself, you should probably seek medical attention. Their burgers are a good deal – get the half-pounder topped with salty smoked meat and swiss cheese and block out some time for a nap later on. 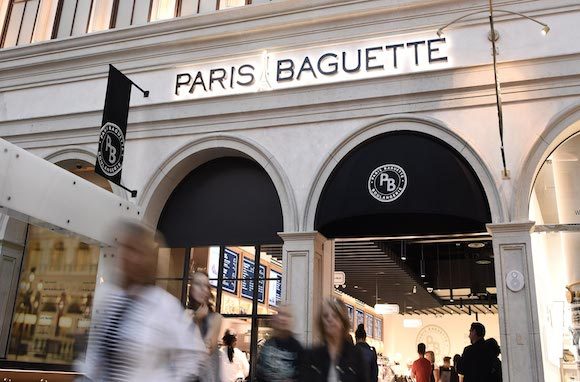 Been to a Korean-French bakery yet? This popular South Korean chain is currently taking parts of the United States by storm and the fever has hit The Venetian. From affordable salads and sandwiches, fresh squeezed juices to colorful macarons and all manner of beautiful pastry, this is a terrific stop for budget eaters. Save room (and money) for the Royal Pudding, a milky, multi-layered treat in your choice of flavors. 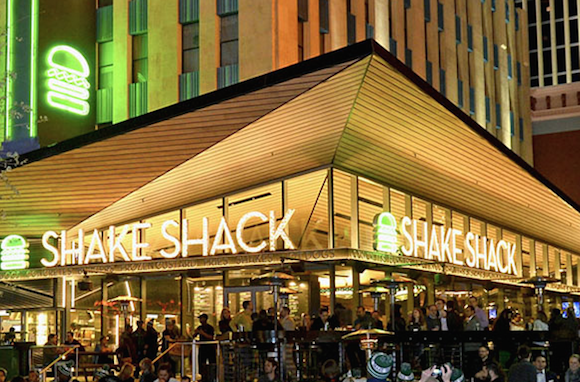 For those who never stop being on a budget, the arrival of this NYC (and, these days, many other cities) better-than-fast-food staple has been a dream come true – even when you splurge, it's easy to get out the door here for less than $15. If you've never tried it, order the Smoke Shack, a burger topped with bacon, spicy red peppers,  cheese and Shack sauce. It's kind of the best. 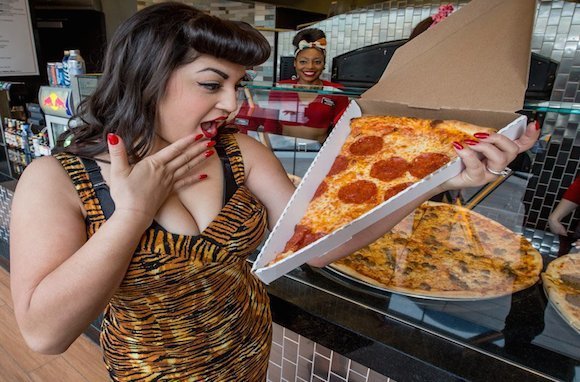 A gargantuan slice of your choosing, a fresh-baked garlic knot and a soda, served up by, how shall we say this, an enthusiastic and distinctively-dressed group of young ladies? You get it. Anyway – a great deal, convenient to a bunch of hotels where deals really aren't a thing, ever. 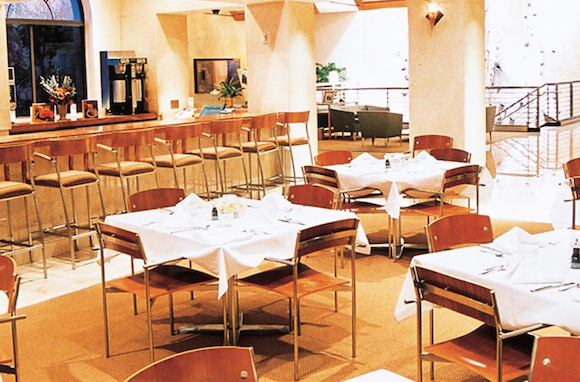 Spa cuisine on the Strip? You bet – and it's pretty good, too. One of the most reasonably priced places is also one of the healthiest. Buried way back by the Canyon Ranch Spa, you can grab one of these healthy, choose-your-own-adventure bowls to go. Tip: They close at 2:00pm. 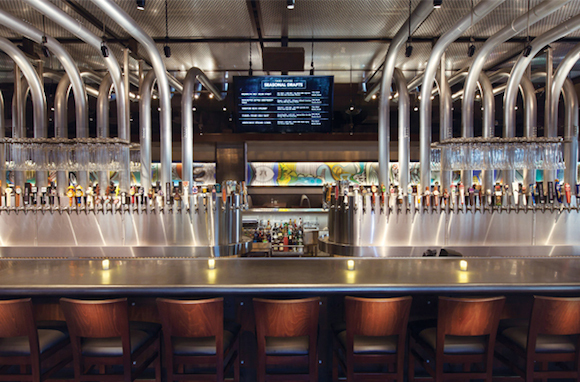 So it's not the most unusual pick – you probably have, by now, a Yard House back where you live. But for a sit-down lunch with a beer under $15, this is a great trick to have up your sleeve, particularly when traveling with a group of budget-minded buds. Offered from 11-5 every day, get your choice of a half sandwich (turkey melt, grilled pastrami, roast beef dip or turkey club) or pizza with a soup or salad – choices include the kale Caesar, clam chowder, French onion soup and more. It's a deal even Grandma will love. 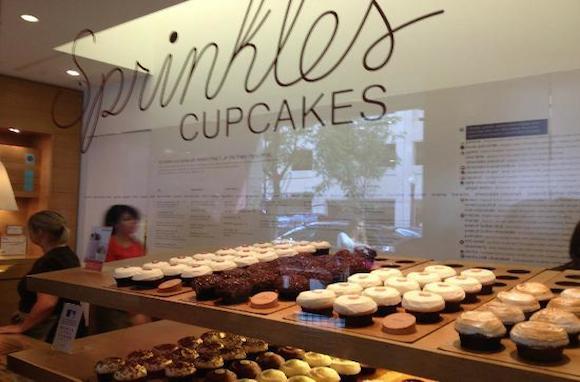 $4.25 Cupcake from the ATM at Sprinkles, The Linq

Tasty, fresh-made Red Velvet cupcakes topped with perfect cream cheese frosting, out of a machine at 4:00 in the morning? Depending on what you've been drinking, that sounds either like the best idea anyone has ever had on the planet – or the worst. We trust you'll make the correct decision.

Ready to make the trip? Have a look at our Las Vegas (LAS) fare listings from all over the US and Canada.