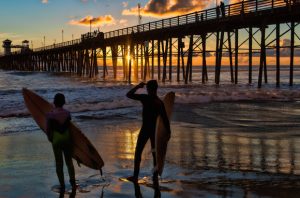 Meet the Southern California Beach Towns That Are Keeping It Real

Do you imagine Southern California's coastal towns to be an unbroken string of star-studded enclaves, nothing but blissed out rich people living the good life in their sunny little bubble of temperate weather, perfect beaches, and million-dollar cottages? Well, you're more than halfway there.

Rarefied the air may be, for the most part. Still, you'll find a few missed corners, and right up against the pounding Pacific surf, too – places that have yet to succumb completely to stereotype. Here are four terrific SoCal beach communities that for various reasons have yet to lose their connection to the real world – and why you should pay them a visit before it's all gone. 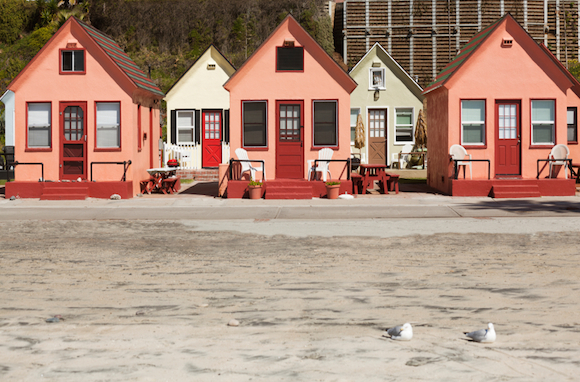 Known for its giant pier and favored status with R&R-having Marines from nearby Camp Pendleton, the downtown and beaches in this boisterous city of nearly 200,000 are where you'll find some of the best people watching in Southern California. A big-city mix of cultures and classes, tourists from around the world and hardcore surfer locals (think bikers in wetsuits), desert rats on a budget beach break, buttoned-down retirees from the Midwest – the only thing missing from Oceanside is the slightest bit of pretense.

Get acquainted: Besides the beach and the pier, you'll want to plan to be here Thursday evenings for the year-round Sunset Market, an all-out street party with food, music and lots of things for sale. Check out the small but worthy California Surf Museum and the Oceanside Museum of Art, then grab bikes and ride the San Luis Rey River Trail, leading you from the beach to one of California's oldest mission churches.

How it's changing: With everywhere else along the coast in these parts already safely upscale, Oceanside's now squarely in the spotlight – shiny new hotels, microbreweries, beer gardens, pricey gastropubs, hip coffee roasters and one-off boutiques, artisanal taco joints – you name it, it's either here or coming soon to Coast Highway or the side streets near the pier. 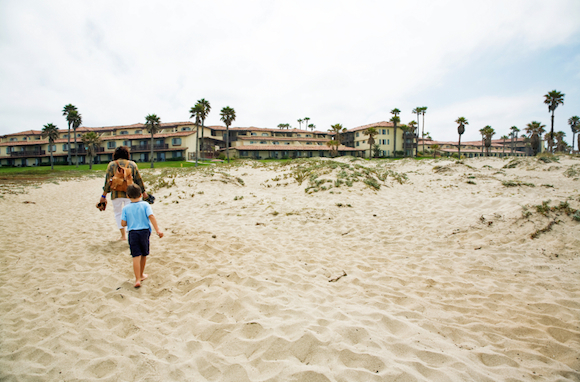 Oxnard doesn't really have to do anything to impress you – some great sand and an insane location just minutes from the wilds of northern Malibu make this working-class city a popular base of operations for sun seekers on a budget. From the broad expanse of Mandalay Beach out into the agricultural lands that keep the city from sprawling toward the Santa Monica Mountains, Oxnard is 100% low-key – the most charming thing about its downtown is the fact that it's nothing like you'd expect to find one town up from rarefied Malibu, a lively but down-home, almost Central Valley-esque hub of a city that works – very hard.

Get acquainted: Eat one of Southern California's better old-school breakfasts at Mrs. Olsen's Coffee Hut before exploring beautiful Mandalay Beach, or head down to the Channel Islands Marina and rent a kayak – maybe even hop the boat to the sparsely-visited Channel Islands National Park, known as California's Galapagos, due to their extreme biodiversity.

How it's changing: One word, which should actually be two words: RiverPark. This massive new town, complete with insta-kit city center crammed with mostly rather upscale shopping and dining, was just finishing up when the recession hit – it's back, bad, and in demand, thanks to a great location within commuting distance of good paying jobs in and around Los Angeles.

Technically part of Los Angeles but nearly 25 miles from downtown, highly-diverse San Pedro began life as a fishing village that attracted scores of Croatian and Italian immigrants to its docks. Things have changed, somewhat – it is now more defined by its extreme proximity to the busiest port in the United States – but Pedro (to fit in, make sure to pronounce it incorrectly, like Pee-dro) is a delightful throwback to a much earlier era, one where a working stiff with an okay job can still afford ocean view real estate. Best of all, it's on a very short list of places in Southern California facing east to the Pacific – San Pedro wakes up to some of the most memorable sunrises in the West.

Get acquainted: From the oft-Instagrammed Sunken City – site of a significant landslide at Point Fermin that took out an entire coastal neighborhood – to the windswept coastal trails and remote coves just west of town and over to the half-failed Ports O'Call development on the harbor, a faded tourist trap famous for its cheap seafood restaurants, San Pedro has this magnificent off-the-grid quality, best appreciated after experiencing parts of Southern California that are anything but. From fried chicken at Slavko's to old-fashioned Italian delis that'll serve you up an East Coast-worthy sub to the old-school Marabella Vineyard, an urban winery famous in the neighborhood for their "Dago Red" blend, San Pedro is nothing like the Los Angeles you were expecting – and its fans quietly murmur thank goodness.

How it's changing: Efforts to turn the struggling downtown into something worth visiting are starting to bear fruit after years of stops and starts, with sparkling new condos and lofts bringing in younger, more affluent residents. This means new restaurants, microbreweries, a year-round weekend craft fair on the waterfront, newly-expanded Silver Line express bus service to downtown Los Angeles, bigger crowds for the First Thursday art walk and – of course – rising rents. 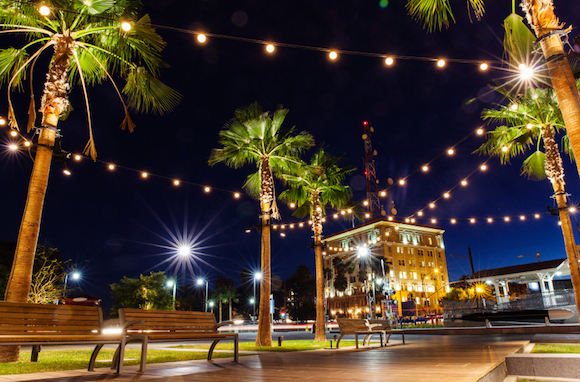 In 1888, construction began on a hotel at the northern end of San Diego’s Coronado Peninsula – the developers vowed their new resort would be the talk of the Western World. Around about the same time, 8 miles to the south, a guy built a liquor store on the beach. The hotel’s still there. So’s the liquor store. The Hotel del Coronado is the crown jewel of the tony, tourist-gouging beach town whose name it bears. The liquor store is now Ye Olde Plank, a true dive bar in the working-class coastal village of Imperial Beach, the last stop on the beach before Mexico and for decades the furthest thing from tony. A lively pier scene, a nicely mixed population and a location that feels far from everything, even if you can see Tijuana scattered across the hills to the south, has always made IB a winner with fans of off-the-beaten-path destinations. But with real estate prices everywhere else near San Diego's many beach communities higher than they've been in since before the last recession, IB's days as a screaming deal appear to be at an end – at least until the next property crash.

Get acquainted: Easily one of the chillest towns on San Diego's busy coastline, the thing to do here is mellow out. Stop in for breakfast at old-timer fave Katy's Café before hitting the pier (just look for the colorful Surfhenge sculpture) or tackling the trails in the vast Tijuana Slough National Wildlife Refuge, which stretches from just south of the pier all the way to the Mexican border. The refuge is home to endangered species such as the California Brown Pelican, along with the more common kites and curlews that flit in and out of the 2,500 acres of wetland. The year-round Friday market at the pier is one of San Diego's finest – a good bit of the produce comes from fertile farmlands found right at the edge of town.

How it's changing: The recent addition of the 78-room Pier South Hotel – which would blend right into Miami Beach but seems wildly out of place here – marked the beginning of a new era for IB; the hotel's Marriott affiliation is drawing travelers who never would have otherwise known the town existed. New shops and restaurants are popping up – the recently arrived Coronado Brewing Company probably has the best-value eats in town – and prices are rising. The days of IB flying almost entirely under the radar are over, but thanks to a relatively remote location out in the borderlands, the town is years away from becoming just another SoCal clone.