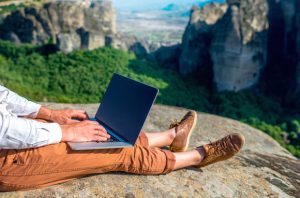 Travel Writer Buzzwords (Like, Say, "Buzz") That Must Be Banned Immediately!

Editors have long banned words such as "enchanting," "charming," and "quaint" from submissions by travel writers. They're meaningless, empty words that substitute for "showing" rather then "telling."

But now a new crop of equally meaningless, trite, over-used words have begun to litter travel articles… and these need to go, too.

I have declared it so! And yes, I've probably been guilty as well.

Here's a partial list. Please feel free to add your own in the comments below.

Colorful, as in a neighborhood. If you mean working class/diverse/non-Anglo, say so or at least be more creative by providing details that make the point.

Boutique, as in "boutique hotel" or "boutique property." Unless it's France and I can buy things there, stop it, just stop.

Bucket list, as in "bucket list-worthy" -- how was this allowed, who allowed this and can it stop? Bucket is an ugly word for starters. Just ask Hyacinth "Bouquet"---the "Keeping Up Appearances" lady). Most people don't even know where the term comes from. Kick the bucket? Is that what cows do when they're being milked?

Vibe. As in "the bustling marketplace had a cool vibe." Is the marketplace actually vibrating? Someone should check into that.

Curated and program for "choose" and "list".  As in "the bar offers a curated cocktail program". Please.  Both words are way overused now. How about, "Jose, the bartender, has chosen the cocktail list himself." "Program" sounds like he's an IT professional. Let's keep curate in the museums and galleries.

Buzzy ("the buzziest room in town"… Buzz and Buzzy should only be used to described bees and similar creatures. Or maybe a malfunctioning street lamp).

Edgy. Again, this is just an empty word. If I ever slip and use it, please shoot me.

Cutting Edge. Ick. What does this actually mean? It makes me think of a set of knives.

Gritty. (As in "the neighborhood is still gritty"). Should only be used to describe eating sand or walking on a dirt road or similar applications.

Eatery. Let's go back to restaurant, shall we? I know, it's hard to think of synonyms for restaurant but…

Raves. As in "earns rave views"…what, from the insane asylum?

Rage (as in "ragingly popular"). Only if it's popular and the clientele are angry.

Coptering (as in "the cognoscenti now copter to the Hamptons"). Luckily this hasn't quite made it into the lexicon yet, but I saw "copter" used as a verb in an article recently and immediately stopped reading.

Authentic. As opposed to fake?

Should. As in every headline these days. "Why you should visit this amazing grasshopper restaurant in Hong Kong that you never knew existed." You're not my mother so don't tell me what I should do. And don't assume I haven't visited every grasshopper restaurant in existence because you don't know me. And let's cool it with the "amazings" while we're at it, unless it will visibly make my jaw drop.