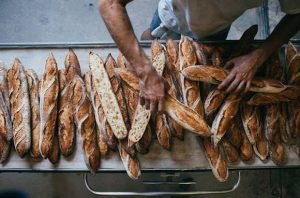 Headed to Mardi Gras? Add These French Quarter Finds to Your Itinerary

The rules have changed in New Orleans, in case you haven't noticed. After generations of sticking with tradition, it feels as if the city is almost entirely up for grabs. Suddenly, neighborhoods and streets you've likely never heard of are taking center stage. These days, the restaurants everyone's talking about – and talking about restaurants here is like talking about the weather, anywhere else – are as likely to be serving up platters of falafel, crusty banh mi or a deconstructed pisco sour dessert as they are giant helpings of crawfish etouffee or overstuffed shrimp po' boys.

Because this changing New Orleans is so fascinating to observe, I am constantly urging visitors to leave the friendly and familiar confines of the French Quarter, to be bold, to explore. Countless times I hear back that while they didn't stray that far beyond Canal or Rampart or Esplanade, they had a fantastic time and can't wait to go back.

Good news, then – now, the new New Orleans is coming to them. Throughout the French Quarter, little green shoots reveal what could be a different sort of future for the neighborhood – one with more diversity, more choice. So when you're done with that muffaletta at Central Grocery, that cocktail at the French 75 Bar, when you've finished breakfast at the newly-rejuvenated Brennan's, here are some keen new (and new-ish) stops that are mixing things up nicely.

1. Eat a bowl of pho at Nine Roses Café

From the proprietors of one of the city's favorite Vietnamese restaurants comes this smart spot tucked away behind the hulking courthouse. Any bad-weather day can be salvaged with a giant bowl of pho –quality meats, fresh veggies and a far-above-average broth make this not only a great deal for the Quarter, but one of the best bowls of pho in town. (620 Conti Street)

2. Grab a Cubano (and a real daiquiri) at El Libre

This bright little Cuban café smells like strong coffee and feels a lot like the sort of lovable if shambling lunch outfit you'd patronize often on visits to Key West (and have, in my case). With tasty pressed sandwiches, classic cocktails from $6 and coffees to set you straight for much less, it's a fun little find, steps from the unholy chaos of Café du Monde. (508 Dumaine Street)

3. Check out the part of the French Market with the food

For years a tourist trap brimming with kitsch, management has worked hard at creating a proper food hall down at the market's tail end. It's full, it's busy and it's fun. Even if the food isn't 100% essential just yet, there are some worthy stops to consider, starting with Continental Provisions, a collaboration between three local purveyors at the top of their game right now: St. James Cheese Company, Bellegarde Bakery and new-wave butcher Cleaver & Co. As you might guess, there are sandwiches. Exceedingly good ones.  (1235 N. Peters Street)

4. Lose an evening – or a weekend – at one of the world's best tiki bars

Cocktail writer Jeff Berry isn't just obsessed with tiki culture – he's considered a god (get it?) on the subject by those who dedicate their lives to studying such important matters. After a career in Los Angeles, Berry moved to New Orleans, opened a bar called Latitude 29 and there you have it. There's food, which is totally fine (and it's as nice a restaurant as it is a bar), but start at the bar, with mai tais, zombies and Berry's own recipes. If you remember much from your visit here, you probably did it wrong. (321 N. Peters Street)

5. Erase that hangover with the city's most insane breakfast sandwich

At Killer Po-Boys, which began as a pop-up in the back of the Erin Rose bar and now also has a storefront over near the back of the Ritz-Carlton, you can get the craziest breakfast, possibly ever – the Bread Pudding Griddle. It's two slices of, yep, bread pudding, filled with pork belly and fried egg, drizzled in spicy cane syrup and toasted up nicely. Interesting vegetarian fillings and other modern riffs on the traditional po' boy make this a worthy new entrant to any Quarter food crawl. (219 Dauphine Street)

6. Did you know that there's real coffee in the Quarter now?

There are a few options now, but things really revved up with the opening of Spitfire, a sleek, closet-sized hideout just behind the Cabildo that many visitors miss entirely. If you like good coffee, don't be those visitors. The local bean scene has been heating up for a while and the competition has become rather fierce, but Spitfire is a worthy entry and remains a best friend to the Quarter-bound, morning after morning. (627 St. Peter Street)

7. Make a civilized stop in almost-Paris on Conti Street

So it's not quite Fauchon or Ladureé, but the newest outpost of local patisserie Sucre is certainly shooting for a similar look and feel. Whether you come in to admire row after row of colorful macarons, teasing you from their glass cages, to gawk at the classic but modern décor or to sit upstairs in the Salon, where tasteful, all-day brunch is served – followed by great happy hour specials, on certain days – this is a great place to shake off the grime of the Quarter's streets. If you hadn't just come from there, you'd never guess Bourbon Street was only a block or so away. (622 Conti Street)