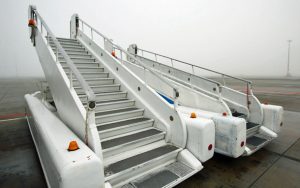 Downgraded: Are You Entitled to a Refund?

A few weeks ago, American Airlines downgraded a well-known actress who'd bought a first-class ticket to what she called the "tourist" cabin. This story generated lots of pixels, with many upbraiding the actress for feeling "too good" to fly with ordinary people. Her response didn't quash the ranting, but it was to the point: Although she often rides coach, she paid for a first-class seat on this flight and should have flown in first class. The story leaves a lot of questions unanswered, but it illustrates some important consumer pitfalls.

She carried onto the flight a pet carrier small enough to fit under the seat in front of her in either class, in accordance with airline rules. But her first-class seat assignment was 1A, in the first row, where there is no underseat space. This raises the issue of who made the decision to assign a front-row seat to a passenger with a pet carrier. If she selected the seat, she is clearly to blame for not checking for any seat restrictions. But if the airline assigned her a seat, it was the responsible party.

RELATED: Can a Flight Attendant Force You to Close the Window Shade?

Frequent flyers know about lack of underseat storage at front-row seats, and they generally know that overhead baggage bins above front-row seats are often full of airline stuff. If you fly with a carry-on that you either want to or must fit underseat, avoid front rows.

The simple solution was for a flight attendant to ask some other first-class traveler to switch seats. The reports aren't clear about whether a flight attendant ever actually tried to do this; instead, reports indicate that some form of hassle quickly boiled up between the actress and a flight attendant, who apparently didn't try to exchange seats and instead immediately banished the actress and dog to the main cabin. (No major airlines use the term "tourist cabin" anymore; it's either the "main," "coach," or "economy" cabin.)

No matter how valid your position, aggressive behavior toward a flight attendant usually gets you more trouble, not less.

The actress says she just wants to be reimbursed for that part of her trip in a lower-class cabin. American's contract or carriage specifically states that a customer "who buys a first class ticket but actually travels in the main or coach cabin" is entitled to a partial refund, but that a partial refund for downgrading takes up to 45 days. In this case I have no information about what sort of refund she asked for and how the airline would calculate the amount of the refund. If the airline is refusing even a partial refund, the actress has a legal case, but if she's demanding a full refund, it isn't going to happen.

Downgrade refunds can be tricky: Some airlines base the dollar value of a downgrade refund as the difference between first-class and full-fare coach fares for the segment involved. That happens even though hardly anyone actually pays full-fare coach, as they would've bought a much cheaper coach had they really intended to fly coach.

Read the original story: Downgraded: Are You Entitled to a Refund? by Ed Perkins, who is a regular contributor to SmarterTravel.