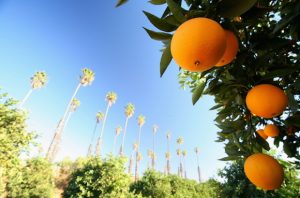 When You're Done with Disneyland: 10 Unique Adventures in Orange County

Squeezed in between scene-stealing Los Angeles and family-friendly San Diego, with one notable exception – Disneyland, obvs – many visitors to Southern California leave without ever having really engaged with Orange County, one of the West's most compelling places. They're making a huge mistake. From glam beach villages to up-and-coming downtowns, exclusive resorts to unique ethnic enclaves, Orange County is so much more than just the suburbs – it's more than three million people of all kinds living in the second most densely populated county in the state, after San Francisco. Next time you find yourself anywhere nearby, here are ten memorable adventures to consider. From lively weekend evenings inside the tasting room at Noble Ale Works, located in the shadow of Angel Stadium, to the world-class (and often one-of-a-kind) brews on tap at The Bruery, just minutes up the freeway in Fullerton, Orange County may come a firm second to San Diego when it comes to volume of craft beer flowing from local taps, but Orange County hopheads are easily as enthusiastic. Just check out the beer bars – they're some of the best in Southern California. Start at the smart-casual Provisions Market in Orange, where an impressive, California-centric tap list is complemented by hundreds more bottles available for purchase. Sandwiches, snacks and very good coffee are available. 2. Explore the historic city at the heart of the sprawl.

Home to the hub of county government, Santa Ana has always had a quiet charm – it's home to the Bowers art museum, founded in the 1930s, not to mention the pleasant Artist's Village, featuring an array of studios, the small Orange County Center for Contemporary Arts and cool hangouts like Chapter One, a gastropub housed in an old bookstore and Lola Gaspar, a romantic boite with a fun, pan-Latin-ish menu.) But it's what's happening around the corner on 4th Street that truly cements Santa Ana's place on the must-do list for any visitor to this part of the world, starting with the 4th Street Market, a food hall offering an astonishing array of good eats, starring a handful of fun side projects by the folks who run Playground –one of the county's most talked-about restaurants – right across the street. Delicate fried chicken, fancy (but not too pricey) interpretations of that best-loved local foodstuff, the In-N-Out burger, a place that does 'Smores to order, chilaquiles at KTCHN DTSA, a serious butcher shop – the list goes on. The market's interior patio, with brightly-colored murals and regularly-scheduled live music, is a weekend hotspot. 3. Did you know Anaheim had a real downtown? You do now.

No, not Harbor Boulevard, but nearby – just minutes from the tourist-centric chaos around the perimeter of the Disneyland Resort, locals are shopping for local produce at an impressive farmers market, eating their way through one of California's most beautiful new public market halls, tasting local brews at the Anaheim Brewery, participating in all kinds of events for all ages or just laying out in the sunshine in a nicely-designed, two-acre park, where yoga classes are held on weekends. Just a couple of years old, the Anaheim Packing District project seemed wildly ambitious on paper, and it was – would anyone show up? The answer was yes. In droves. Centered around two beautifully redone historic buildings and paying tribute to Anaheim's agricultural past, the district has become a favorite on weekend afternoons, but it's easy to avoid the crowds – the market is open daily at 9am. Just two blocks north, the Center Street Promenade features an interesting selection of shops and restaurants, along with a small but interesting art museum, MUZEO. At the far end, stop in for a taste of Hawaii at Pokinometry, featuring very-popular build-your-own poke bowls. 4. Visit the hippest mini-mall this side of Japan.

It's Orange County. People like ample parking and courtyards with burbling fountains – yes, even the sort of people who go in for nitro, on-tap cold brew coffee, container succulent gardens and artisanal tacos. A cheesemonger, a world-class tea shop (and the county's best coffee roaster, Portola), a stall selling only fermented foods, a spice shop, a beautiful oyster bar, one of the country's most forward-thinking Mexican restaurants (Taco Maria) – you'll find it all at The OC Mix at South Coast Collection, hiding out on a boring back street just off the 405 freeway in Costa Mesa. It's just about the most Orange County thing in Orange County right now – don't miss it. 5. Was your New Year's resolution to cut back on carbs? You're screwed.

Visitors sometimes assume – incorrectly – that everyone in Southern California lives on salad. Sure, it's eaten often (taste those fresh California vegetables and you'll see why), but staying trim can actually be really difficult around here. The dirty little secret: Some of the best donuts in the world are found in Southern California. (Start at Sidecar in Costa Mesa – you'll see.) Asian bakeries are everywhere, too, and it seems as if everyone's addicted – you probably will be too, after your first taste of the Taiwanese specialties at 85 Degrees in Buena Park, Irvine, Fullerton and Garden Grove (try the flaky Portuguese egg tarts, a dim sum staple, a steal at $1.50). Then there are the sweet, custard-filled buns at Cream Pan in Tustin, a Japanese-style institution, not to mention the fruit tarts and pain au chocolat at Le Croissant Dore in Little Saigon, or the world-class pan dulce and tamales at La Poblana Bakery in Orange. However you're looking to go back on your resolution, there's an enabler standing by. 6. One of the country's best Chinese restaurants is located at a fancy mall, near the Uniqlo.

Does this surprise you? You're probably new around here. Costa Mesa's glittering South Coast Plaza isn't just any mall, either – marketed so heavily to California's scores of international visitors, South Coast is now one of the top tourist destinations in the West. Shoppers gotta eat somewhere, right? Might as well be a sparkling new branch of Din Tai Fung, a Taiwanese import known for juicy xiao long bao, or soup dumplings, typically filled with pork, or pork and crab. Other places in the country, people line up for eggs and toast on weekend mornings – around here, the most daunting brunch line will likely be at DTF, which now has a handful of locations around Southern California. Time-saving tip: Don't come in large groups and always ask if there's room at the bar, where they serve the full menu. 7. Hit Little Saigon for the popular night market – or any time, really.

The bedroom communities of Westminster and Garden Grove have been transformed over the past decades into the largest hub of Vietnamese life and culture outside Southeast Asia. Just over fifteen minutes from Disneyland and you're in the heart of Little Saigon, a vast business district crammed with shopping centers and very good restaurants. From traditional soups at Pho 45, grilled pork rolls and more at the smart but affordable Brodard to fusion noodle dishes at Nudo Nudo, cheap sandwiches (banh mi) and strong coffee everywhere plus an abundance of tasty French pastry at a wide variety of bakeries, it's all here and it would take months to sort through. A great introduction is the neighborhood's popular (and tasty) Night Market, held Friday, Saturday and Sunday until 11pm at the Asian Garden Mall on Bolsa Avenue, beginning in June and running into fall. 8. Sneak into some of the country's finest beach resorts.

Well, there's no reason to sneak around – particularly if you're prepared to spend a little money – but too-few visitors take advantage of the gawking opportunities at Orange County's terrific (and terrifically expensive) ocean view resorts, which draw the well-heeled from all over the world. Just because you're not paying $1,000 a night for a room doesn't mean you're not welcome on-property for club sandwiches and iced tea by the Roman-style circular pool at Pelican Hill in Newport Coast; you don't need reservations for a chilly martini on a warm afternoon on the balcony at the Montage resort's lobby bar in Laguna Beach, either. Disneyland crowds got you hangry? Just minutes from the Mickey & Friends parking structure and you're in the middle of one of Anaheim's longest-running ethnic enclaves. Located along Brookhurst Avenue near Ball, start with lunch at Aleppo's Kitchen, a pleasant Syrian restaurant that's among the newer and more visitor-friendly stops along the strip. In a rush? Grab savory meat or spinach pies to go at the nearby Little Arabia Lebanese Bakery & Cuisine. Not feeling adventurous? Amid it all, Cortina's Italian Market draws hordes for its superbly-affordable pizzas, big plates of pasta and other tasty American-Italian staples. 10. Escape the crowds without going anywhere.

Headed to the beach? You'd better – these are only some of the best in California. But the county's many see-worthy strands are only the beginning of its coastal assets – from the magical backcountry at Crystal Cove State Park to the wide open spaces at Bolsa Chica – 1,200 acres of wide-open space on the edge of crowded Huntington Beach – to the wilds of Laguna Coast Wilderness Park just above those multi-million dollar homes along the water, not to mention the peaceful kayaking opportunities along Newport's underappreciated Back Bay, the fun doesn't stop when you cross back over Pacific Coast Highway – in many cases, it's just the beginning. Miles of trails beg to be explored, with these cooler winter months an ideal time to do so. For a crowded county, you'll be amazed by all the open space.

Ready to make the trip? Here's a look at current fares to Santa Ana (SNA) from all over the US and Canada.