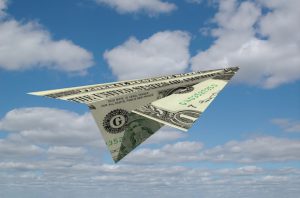 1. Check for Price Drops after You Book

After you pay for an airfare or a hotel, the price may have dropped, but most people never check. You can get either cash or a credit for future travel if you know how. Yapta.com can be useful for airline tickets, Tingo.com for hotel rates.

2. Air+Hotel Really Can Save Money But Not Always

You've seen those package prices from tour companies and airlines. But how do you know if they're a deal?  Sometimes a quick search will give you a very convincing answer. Last fall, British Airways had airfare plus 5 nights hotel from San Fran to Dublin for around $780 per person. With airfare alone going for $954 or more, these types of air+hotel deals are a no-brainer!

3. Heading to Europe? Focus First on Crossing the Atlantic Cheaply

In general, fares to Vienna tend to be on the high side. Meanwhile, Milan is much cheaper these days. So? Make your way to Milan and enjoy a train trip to Vienna, or even book a second flight in advance on a budget airline. Think of it as two cities for less than one. And be sure to check out under-the-radar airlines such as Norwegian, Wow air, and Condor, all of which sell super-discounted tickets from the U.S. to Europe, as this explains.

Check out some of the not-as-popular off season destinations that still offer great activities and tolerable weather. Since thousands of tourists won’t be flocking to those locations, prices for hotels, transportation, and everyday activities will be lower. Plus, crowds will be much smaller. Have a look at discounted rooms currently spotted by Hotelwatchdog.

Summer doesn’t officially end until well after Labor Day. Since school starts earlier and earlier these days, you’ll find that airfares and hotel rates tend to go down for travel after around August 18, when kids go start to return to school. So plan your travels for “off-peak summer” if you can.

6. Consider Extra Fees Before You Buy

If Southwest has a fare of $198 round-trip and United has one for $148 but you're checking three bags, then flying Southwest actually makes the most sense. Southwest charges nothing for the first two checked bags ($75 for the 3rd), whereas United would charge you an additional $210.

7. Search to and from Alternate Airports

Look at Tokyo Haneda as well as Narita; look at Gatwick, Stansted, even London City, as well as Heathrow. Consider flying from Little Rock if Memphis is too pricey, and Orlando Sanford on Allegiant rather than Orlando International. Try Trenton, New Jersey, as an alternate to Newark and so on. Or travel a bit farther by train or bus, to a cheaper airport.

8. Use Consolidators but Beware of Restrictions

Consolidators specializing in premium cabins will have some great deals, and the airlines themselves will be heavily discounting their premium cabins, so check the specials on their websites. Extra fare restrictions will most likely apply to these types of fares, so read this to better understand the pros and cons.

9. Search Often and Pounce When There's a Deal

Fares fluctuate and the number of seats offered at the lowest fares changes frequently. Someone might be holding the only seat at the lowest fare but not end up booking it—so it goes back into inventory, and then it will be all yours. Be sure to visit Airfarewatchdog for daily finds!

Before you go buying whatever insurance the airline is offering at check-out, be sure to check with your credit card first. Chances are your credit card might already have free, built-in travel insurance up to $5000 per trip for the most common reasons people use insurance, which include canceling before or during a trip due to illness or injury, and lost or delayed baggage.

This is perhaps the easiest way to track airfares. Many travel websites offer emailed airfare alerts that let you know when fares go down, and they all have something to offer. Do a Google search for "airfare alerts" and you'll see what's available. They all work a bit differently, so sign up for more than one.

One thing to note: These sites use essentially the same airfare data provided by the airlines' computer systems or ITA Software (which is now owned by Google), so they won't include discounted promo-code fares, and they don't include Southwest Airlines. (Airfarewatchdog, however, includes handpicked fares from Southwest in its Fare Alerts.)

Speaking of promo codes, the airlines want to develop a relationship with you, so they'll send you special deals, such as promo codes or twofers, such as this recent $600 two-for-one promo deal to Dubai.

Email is great, but some of the most amazing airfare deals last only a very short time (even if they're valid for travel over a long period). Twitter is more immediate. Our advice? Follow @Airfarewatchdog's account, which tweets unusual airfare deals every day of the week and alerts followers to promo codes and other airfare deals.

A lot of airfare experts think they're clairvoyant, so they know exactly where airfares are headed or how far in advance you should start looking for a fare. Some say buy on Tuesday at 3:00 p.m. or Wednesday at midnight or when Jupiter aligns with Mars. Don't. Fall. For. It. Airlines are unpredictable, and anyone who claims to know that airfares will be lower or higher in the coming months or the coming days should trade in their crystal ball. No one can accurately predict where airfares are heading any more than we can predict the stock market. Think about it: If they really knew, they'd put every other airfare search operation out of business, and that hasn't happened. A great fare can pop up any time!

Many airlines have "private" sales, reserving their very best fares for their own sites. These are different from promo code sales mentioned above. International airlines such as Aer Lingus, Iberia and Qantas regularly offer lower fares (i.e., $100-$400 less) on their own web sites compared to what you'll find on Kayak or Orbitz. Of course, you'll find deals from all airlines listed on Airfarewatchdog, including our daily round-up of top deals sorted by carrier. And don't ignore online travel agencies, as these sites will tell you if it's cheaper flying out on one airline and back on another (United won't tell you it's cheaper to fly out on United and back on American or some such configuration).