I flew a lot of miles in 2015 and a lot of airlines. Honestly, most of them were good, even some that people like to complain about most, like Frontier. But some were better than others, for various reasons. No one airline does everything perfectly, so here are my shout outs in various categories I consider important. This is a three-way tie, not surprisingly because it's essentially the same seat on three different airlines. The top honor goes to Virgin Atlantic, which pioneered and patented the flip-down (as opposed to slide-down) lie-flat seat. Virgin licenses this sleep-inducing design to Air New Zealand and Singapore Airlines and only to them. (ANZ has actually improved the original model and licensed its upgrades back to Virgin). What it means is that you sit on a surface more appropriate to sitting, and sleep on one more appropriate to sleeping. I love the extra thick padding that Air New Zealand adds on as a mattress in sleep mode, so they get extra points. 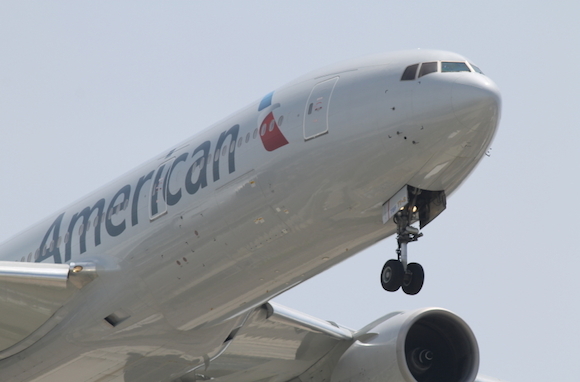 I'm going with American Airlines on this one. I like their radio channels (always something fresh to listen to), and I can always find a move or TV show to catch up on. I especially love the classic movie selection: it's a library of the best films ever made and I watch them over and over. And, of course, the Bose noise-cancelling headphones, in some first and business cabins, are appreciated. Turkish Airlines. Even in economy class, you get something yummy to eat, and even on a one-hour domestic flight. But in business class is where the feasting begins. It's like Pan Am first class in 1971, like you see in the old magazine ads you can buy on eBay. This banquet is served by a flight attendant wearing a chef's hat, because he is a real chef. Close runner up: Qatar Airways. I can still taste the lamb shank and lemon tart I enjoyed on a recent flight to Doha. This is an easy one, of course. Singapore's Changi. Outdoor swimming pool, movie theater, showers for all, a butterfly garden, free city tours on longer layovers, and on and on. Compared to the glam behemoths they've built in the Gulf, no U.S. major airport can compete. So I'm going with any little alternative airport where the parking is easy, the walks to the gate are short, the bags arrive within minutes, and you can walk to your rental car. Bob Hope in Burbank comes to mind, as does nearby Long Beach. (You can even walk on the tarmac to the terminal like in the old days.) But there are many others where the hassles of navigating large airports have not intruded. JetBlue. They still give you 33-34 inches of seat pitch in economy (some others are down to 31-32 inches) for no extra charge, and their Mint "first class" service from New York to LA and San Francisco (and in 2016 from Boston to those cities) is superb with its option of sitting in single seats and the exemplary meal service from NYC's Saxon+Parole and useful Birchbox amenity kit. The Qatar Airways Al Mourjan lounge in Doha at Hamad International. They've got the riyals, they've got the desire, and every marble clad inch here is grand in all senses of the word. Kiwis are notoriously friendly and down-to-earth, and passengers on this airline discover a relaxed and sincere approach to service that is, frankly, rare these days (Qantas is a very, very close second in this regard). Kiwi cabin crew treat you as if they were welcoming you to their own home. The little business class touch of shaking hands and thanking passengers just before landing is sweet. On this most popular of all international routes, British Airways' all-business-class London City service is like flying in a private jet. You can arrive at London City Airport 30 minutes before departure, even with checked bags. It's the closest most of us will ever get to a G5. Jetblue again. You still get free TV (United and others charge), free snacks, free WiFi, and a bit of extra leg room, compared to other airlines, in the main cabin. And although they took away the free checked bag on their lowest fares, I'll go with JetBlue anywhere they fly. This is so hard. Truth be told, I didn't fly on every single airline last year, so take what I say with that understanding. But even though they don't fly everywhere, far from it, I have to say that I was extremely impressed by Air New Zealand again this year. I flew them last year from LA to London in business class, and this year from Auckland to Houston in their redesigned premium economy cabin, and just couldn't have been more pleased. The prem econ seat was a revelation: after doing my usual economy class squirm for about 30 minutes I watched two 90-minute films while eating dinner (Caddyshack and National Lampoon's Vacation, if you must know), and then promptly fell deep asleep until breakfast just before landing. Without the aid of any artificial ingredients, I might add. Needless to say, Etihad is super, too, and flies to many more places (I love the way cabin crew ask if you've flown with them before and show you how and seat and entertainment systems work) and Singapore and Virgin Atlantic are both top-notch carriers.