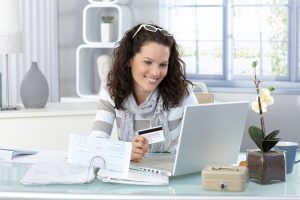 Where to Find the Biggest Travel Discounts

Small discounts of 5 to15 percent are easy to find; they permeate the travel business: Seniors; members of AAA, AARP, and other broad-membership organizations routinely get them. But really big discounts—up to half off—are much harder to find, and they're often available only at limited times.

And claimed big discounts aren't always accurate: All too often, when you see a promotion featuring "half price" or "50 percent off," the true prices really aren't half of what you'd otherwise pay. Instead, the supposed discount may be figured from an inflated list price that nobody actually pays. Still, you can find promotions that really are half, or near half, of what most people do pay—if you know where to look.

The biggest airline discounts for individual travelers are generally short-time, flash-sale deals, not ongoing programs. And reductions in economy class are usually less than 25 percent; the really big discounts found in international business class and premium economy. In mid-October, for example, British Airways sold business-class tickets to many European cities at prices less than half of the usual fares, matched by some other lines, but with a purchase window of only two days. And in November, Hawaiian offered half-price hotel-air packages. In economy class, Southwest frequently promotes short-term Ding sales.

By their nature, flash sales usually have very short purchase windows and are not predictable. Instead, the only way to find out about them is to sign up for email or text notifications from airlines you're likely to use, one or two big online travel agencies, and information sources such as our own newsletter or that of our siter site, Airfarewatchdog. And keep in mind that when one line announces a big discount, competitors often match without ever announcing their own offering.

Some free companion ticket deals really do cut the cost for a couple to half the price of two individual tickets. But those tickets aren't quite as good as they seem: At best, the free ticket holder has to pay government taxes and fees, which can be as much as 25 percent of the total fare. But the deal is much worse on some lines, including British Airways, which splits its true fares into lowball base fares and airline-imposed fees and apply the "free" figure to only the phony base fare. Similarly, other airlines and some high-end credit cards offer twofers requiring that the paid ticket be from a more expensive fare bucket than you'd normally pay.

Companion-ticket and twofer deals are generally built into an airline's regular fares, its frequent-flyer program, or its affiliated credit card. You find them and buy them only through the designated channels.

Yes, you occasionally see some good flash-sale prices for business and first class, but for everyday discounts up to 50 percent off your best bet is to buy a discounted ticket through a consolidator. Contrary to what you often read, even from writers who should know better, consolidators do not "buy in bulk" at highly discounted prices and resell tickets; they hardly ever own the tickets or take on any inventory risk. Instead, airlines give them access to discounted "fare buckets" from which they can sell tickets, one by one, when someone buys. Although they often claim "discounts up to 75 percent," deals are seldom that good, but they're still very good at 50 percent or so. Almost all of the consolidator action is in domestic first class and international business and first class; I know of no consolidators that feature coach/economy tickets.

Prominent consolidators include AccessFares, Regal Wings, and Wholesale Flights. Annoyingly, most consolidators don't post specific fares for specific flights; instead, you have to fill in a form and get a quote back by email.

Amtrak's biggest discounts are free or reduced-price companion tickets. Some have short purchase windows: Currently, for example, Amtrak has a companion deal on the Downeaster between Boston and Maine with a one-month purchase window. It also posts a handful of 50 percent discounts on a second ticket, some ongoing, others with no cutoff date. Amtrak also offers a variety of 20 to 30 percent off discounts, including weekly Smart Fares offering 25 percent discounts on a bunch of individual routes, 20 percent off Saver Fares on nine routes with a 14-day advance purchase, and a long list of other route-specific promotions. Amtrak's sale deals are confined to coach and off-peak times only on Acela high-speed trains, and never on sleepers.

Amtrak posts weekly deals on its website, or you can sign up for regular e-mail or mobile bulletins. When you enter a trip, Amtrak's website automatically calculates any eligible discount; you don't have to worry about "codes" or other requirements.

VIA Rail Canada posts its best deals on its website, often half off, every Discount Tuesday. Unlike Amtrak, VIA Rail offers discounts on sleeper, as well as coach, tickets.

RailEurope offers occasional railpass deals, usually in the form of an extra "free" day or a percentage-off promotion.

Instead of percentage discounts, hotels apparently prefer to offer savings by promoting second-, third-, fourth-, or fifth-night-free deals; which work out to 50, 33, 25, and 20 percent, respectively. As far as I can tell, you no longer see many second-night-free deals; even the redoubtable Entertainment Books seem to have abandoned what was once their prime feature. But you do often see third-night and up promotions. Access to these offers is limited to a hotel or hotel chain website.

You can also find really big discounts through opaque buying sites such as Hotwire and Priceline. On Priceline, the best strategy is to bid as low as you think might work; on Hotwire, look for really low prices in your preferred star class. Both agencies charge stiff fees that cut into the supposed discount, especially for one-night stays.

Cruises often offer sharp discounts or other incentives on sailings that have yet to completely sell out. You usually see a discounted rate, without reference to any percentage reduction. Often the primary incentives take the form of extra onboard credit or multi-level cabin upgrades.

The best way to keep up with cruise deals is to visit specialist cruise websites such as Cruise Critic, a sister site of SmarterTravel, or large online cruise agencies such as CruisesOnly. Local independent or AAA travel agencies are also good sources, so sign up for the bulletins these organizations offer.

Rental car rates are so complex that it's hard to say what constitutes a true discount. Lots of organizations, including AAA, AARP, and others claim to offer big discounts, but those are usually based on the very high daily rates from which corporations and others also get big discounts. Discounts on weekly rentals seldom leave the 10 to 15 percent range.

If you want anything better, your best bet is an opaque agency. Check out the prices, then make a low-ball bid on Priceline and go for a really good Hotwire deal, but keep in mind that fees will eat into your supposed big deal.

RELATED: Which Car Rental Extras Do You Need?

The most consistent senior deals in the U.S. are prosaic discounts on public transit, where seniors typically get 50 percent or more off regular fares. In Pennsylvania, seniors ride public transit free.

Only one senior airline deal is compelling: When a Southwest flight is sold out at its lowest Wanna Get Away rate, its senior fares can be up to 40 percent less than the lowest Anytime fare. Although some other airlines let you enter a number of senior travelers in a search system, I have been unable to find another carrier currently offering big discounts to seniors.

Amtrak discounts most routes' coach-class tickets for travelers 62 or older, but seniors get no deals on peak-time Acela high-speed trains or in sleepers. VIA Rail Canada has comparable senior discounts, but Discount Tuesday fares are usually better. The French and British railpasses offer reduced prices for seniors; Austria, France, Italy, Spain, and the UK sell senior cards that provide discounts of 10 to 50 percent on rail tickets.

Read the original story: Where to Find the Big Discounts by Ed Perkins, who is a regular contributor to SmarterTravel.