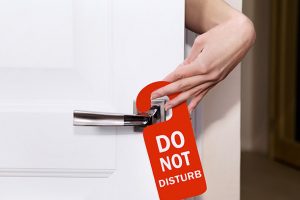 On average hotels do a much better job of satisfying customers than airlines—a conclusion supported by many surveys and ranking systems. But beating the airlines is a pretty low bar: No modern hotel accommodations are as downright uncomfortable and unpleasant as an economy class airline seat.

Even so, however, many hotels and hotel chains harbor some dirty little secrets they'd prefer to keep under wraps. Some are endemic while others are isolated. Here are a few to you'll be glad to know.

Mandatory "resort," "concierge," "housekeeping," "porterage," fees (along with other more esoteric varieties) are the hotel industry's most active and widespread current scam. Hotel perpetrators slice off a part of the real price, post the remaining low-ball partial price as the basic room rate, give a plausible label to the sliced-off part, and add it back in before you buy. The practice started in Las Vegas and Hawaii, but it is spreading like a cancer throughout much of the U.S.

The practice harms consumers by giving the scamming hotels an apparent price advantage over honest hotels in side-by-side price comparisons. These function as "hidden" fees in some cases, but for the most part hotels disclose them somewhere along the line. As is so often the case, however, disclosure is an insufficient remedy: The Florida Attorney General rightly described a similar scam a few years back as being "inherently deceptive."

Fortunately, several consumer activists are getting after the FTC and individual states to ban the practice. And attorneys general in other states are getting interested. Consumers may see some sorely needed corrective action soon.

There Is No Consumer Protection from Overbooking

The Department of Transportation requires airlines to compensate travelers who are bumped from an oversold flight. But oversold hotel guests have no comparable protection at either the federal, state or local levels, as far as we can tell. If you show up with a confirmed reservation but the hotel is oversold and can't give you a room, the hotel has broken a contract and you presumably have a remedy through contract law. But that doesn't get you a place to sleep that night.

Traditionally, if you have a reservation and a hotel is unable to accommodate you, a hotel is supposed to "walk" you: Find an accommodation in a "comparable" hotel nearby, arrange your transportation to that hotel if it's more than walking distance away, and pay for your first night. Unfortunately that practice is something of an urban legend, sometimes honored but sometimes ignored. It's neither a law nor a formal requirement anywhere, even as a recommendation from the industry's trade associations. You can ask, but you can't demand. And, as far as we know, nobody is currently working toward establishing any sort of industry standard.

They Want to 'Own' You

Many hotel chains are following the same objective as the big airlines: They want to "own" you as a customer and, specifically, make sure you book through their own channels. The benefits to the hotels are (1) they don't have to pay anything to third-party online booking agencies and (2) they have a chance to upsell you or sell you something else.

What this means for consumers is that hotels offer you some strong incentives to do things their way. They can offer membership or age-based discounts that most third-party systems can’t access. And some chains now limit their "free" Wi-Fi or breakfast deals to members of their frequent stay programs who book directly with the hotel. The net result is that third parties are great for locating hotels, but you have to go through the hotel check for deals those third parties may not show.

Wi-Fi is rapidly approaching deal-breaker status: If a hotel doesn't have in-room Wi-Fi, many travelers will want to go somewhere else. This is apparently true even in resort areas where the focus is (ostensibly) on enjoying the local beach or mountain. And, increasingly, customers expect Wi-Fi to be included in the room rate along with beds, ventilation, and hot water.

For some strange reason, many hotels still charge for Wi-Fi. And for some really strange reason, the more upscale hotels are more likely to charge for it. That seems insane: If Motel El Cheapo can manage to offer free Wi-Fi, why does the Ritz have to charge as much as $15 to $20 a day?

A related and equally appalling problem is that even expensive Wi-Fi at posh hotels can be really s ... l ... o … w. You can see for yourself thanks to hotelwifitest.com. Some of the most expensive hotels provide extremely low bandwidth.

This problem—at least the fee part—will likely solve itself, as free Wi-Fi is on its way to becoming an almost universal norm. As to the speed, however, that's anyone's guess.

RELATED: The New Hotel Wi-Fi Scam You Haven't Heard of Yet

Nobody expects free parking at a hotel in midtown Manhattan or around Union Square in San Francisco. But you do expect free parking at a low-rise in a suburban location that is surrounded by an expansive parking area. Unfortunately, however, you sometimes run into parking fees at unexpected places and locations where the hotel can't really justify them.

This is more of a peeve than a serious problem, and one you can usually avoid. But it goes to show that you should always verify that the parking is free.

The most unpleasant night I ever experienced in a hotel was at a four-star property at Orly Airport outside Paris. It was in early spring during an unseasonal heat wave. The hotel's climate control system was still set for "winter," meaning only heat was on, and with windows that didn't open the room became an oven. The hotel couldn't do anything but offer a small portable fan; apparently switching the full system from heating to cooling mode required a day or more.

These days, modern hotels tend to have windows that don't open at all or, if you’re lucky, open a few measly inches. Some even charge for air conditioning! And if the climate system isn't really yours to control, you can find yourself in for a bad night. You don't encounter this problem often, but when you do, the only relief is to move to a different hotel.

The words "just steps to the beach" in a brochure or online description don't mean much unless the hotel specifies how many steps it is. Similarly, a "partial" ocean view can be partial indeed if the only way to catch a glimpse of the sea is to stick your head out a window and look beyond a busy highway, shopping center, or airport runway. And a wide-angle lens can make a closet look as big as a ballroom.

You routinely encounter mild puffery that makes a hotel seem better than it is. But hotels sometimes cross—or at least stick their toe across—the fine line between harmless exaggeration and outright lying. As a consumer, your best protection is to do some investigative research on TripAdvisor or some other source of unbiased reporting from travelers.

Yes, hotels sometimes harbor bedbugs, and the problem seems to be getting worse in recent years. Hotels find it hard to prevent the invasion of bedbugs since the little critters often hitch rides on unsuspecting guests. The problem has gained a high enough profile to attract at least three websites devoted to reporting on hotel bedbug experiences: Bedbug Registry, Bedbug Reports, and Bedbugs.net. You can also see bedbug reports on TripAdvisor and other reader-based hotel review websites.

RELATED: 5 Ways to Stop Bedbugs Before They Bite

Hotels jack up their rates for big events. Surely, that's not a surprise. Whether it's a Super Bowl, World Cup, World Series, Olympic Games, or a big convention, local hotels typically ask double or more what they charge in normal times. In some ways, you can't blame them: After all, pricing is the classic method of balancing supply and demand, and when demand is high and capacity is fixed, the market says hike the prices until demand shrinks to the level of capacity. But you can't avoid at list a little bit of schadenfreude when predicted hordes fail to show up for a heavily hyped event and the rooms go empty.

Too Many Palms to Cross

Check into a typical motel along an Interstate and the clerk hands you a key, says "Have a nice day," and promptly forgets about you. But in an upscale hotel, you sometimes have to run a gauntlet of folks holding out their palms for you to cross—with bills. You've schlepped your baggage in from the airport, maybe along a half mile of corridors, only to have someone want $3 to haul the bag a few hundred feet to your room. Want a taxi? The doorman toots a whistle, you fork over a few bucks.

The most annoying element in all this is the relatively recent trend that you're expected to tip housekeepers and other employees for services you formerly figured were covered by the room rate. This is not to say that housekeepers may both deserve and need more compensation than the hotel provides. But the sad fact is that all too many employers these days try to shift employees from fully compensated toward tip-based work categories to cut their pay.

Read the original story: 10 Dirty Little Secrets of Hotels by Ed Perkins, who is a regular contributor to SmarterTravel.