Stretching for nearly two miles between the Capitol and the Lincoln Memorial, it can take plenty of time for the average tourist to simply walk the National Mall, never mind stopping to take in everything it has to offer, from world-class museums to must-see memorials, stunning sculpture, beautiful gardens and – of course – millions of other people, all looking to see the very same stuff. Sometimes, no matter how impressive or impactful a visit to the Mall can be, you just need out. Here are eight spots to get you started. And for the lowest fares to Washington, DC right now, see our current finds for both Dulles and National. Those that make it into the conservatory that forms the heart of the magnificent little United States Botanic Garden often seem to skip the short trip across Independence Avenue to this two-acre park centered around a beautiful fountain. It's one of the most contemplative spots along the Mall, but close enough to yell at your representative in the Rayburn Building, right next door. 2. See the Maine Avenue Fish Market – Before It's Gone?

About 20 minutes on foot (via L'Enfant Plaza) from the Smithsonian Castle and you're in the country's oldest fish market, a colorful, crowded spot that's about as far from the relative austerity of the Mall as you can get. Now overshadowed by a construction project directly next door – it's the one that's the size of a small town, you can't miss it – and eventually headed for some type of renovation, now's the time to take part in one of D.C.'s most colorful traditions. 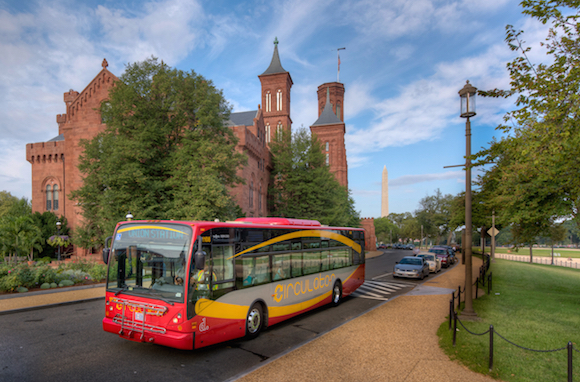 3. Tour the Town for Just a Buck on the DC Circulator

The sleek fleet of Circulator buses can take you all over town – from the National Zoo to Virginia and back again – or you could just ride the easy, breezy National Mall route, running between Union Station and the Lincoln Memorial. It even includes a jaunt around the Tidal Basin. This is the ultimate lazy man's budget tour. 4. Get a Little Color at the Smithsonian Gardens Butterfly Habitat

This 11,000 square-foot outdoor respite just east of the National Museum of Natural History is often overlooked by those who assume that the museum's indoor Butterfly Pavilion is the extent of the experience. It's not. Gardeners have worked to recreate a range of ideal habitats for a wide variety of colorful winged things – even if the butterflies aren't present in large numbers, the garden's varied landscapes make for a pleasant stroll. 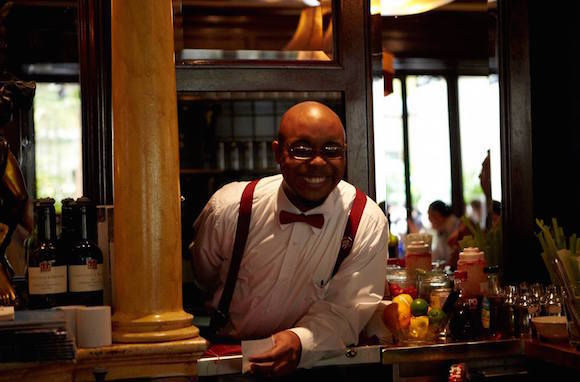 5. Have a Bloody Mary at the Old Ebbitt

A short walk from the Washington Monument and directly across from the White House, the Old Ebbitt Grill has a history nearly as old as Washington itself, it seems – the fact that it has only been in its current location since the Reagan years seems nearly inconsequential. If it's been one of those days on The Mall where the median age of the crowd is, say, 9 to 10, you definitely need to stop in here. If you're feeling it, stick around for the crab cakes – they're good. 6. Hit the Friday Market at the USDA

Figures the Department of Agriculture would have a farmers market, right? For twenty years now, this "living laboratory" has popped up every Friday (May 1-October 30) next to the Smithsonian Metro station. It's one of the district's many weekly markets, featuring top-notch local growers, not to mention some fine snackables. 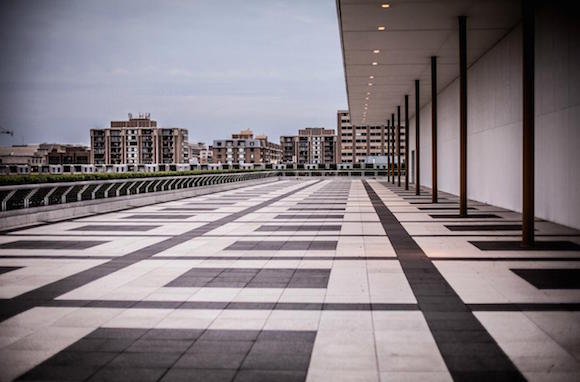 7. Take a Load off at the Kennedy Center – for Free.

From choral to comedy and everything in between, daily free performances (6pm) are held on the Center's Millennium Stage, most of them with no tickets required. You just show up. The schedule is published about a month in advance on the Center's site, so you always know what to expect. 8. Eat Your Way around the Navy Memorial

From SoCal-style vegan fare at Native Foods Café to brisket platters at Hill Country Barbecue Market (not to mention dessert at Pitango Gelato), you could throw a rock from the Memorial's iconic plaza and hit some of Downtown DC's best quick lunch options, found along 7th and 9th Streets and just off on the various side streets. Sandwiches at Red Apron Butcher, pastries at Paul – the list goes on and on. Walk a couple blocks more up 9th and you'll find a happening Shake Shack location. Cheese fries, anyone?