Oktoberfest: Where to Drink Beer in the USA

Can't make it to Munich this year? Not a problem! From Franziskaner steins in Fredriksburg to Lederhosen in Leavenworth, check out these top spots that do Germany’s annual beer and brat fest justice right here in the US of A. 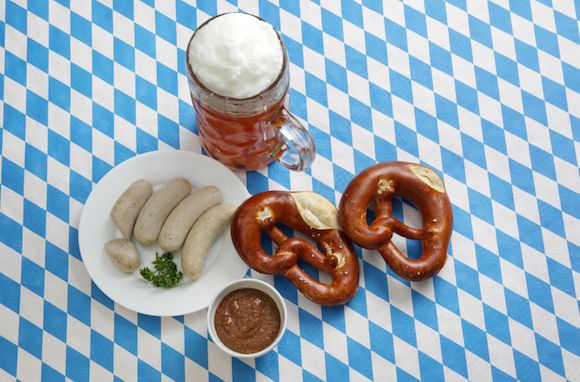 It’s possible you’ve never heard of Helen: after all, with a population of 430 people, it’s safe to say most people in Georgia haven’t either. But what Helen lacks in size, it makes up in character—the city is a replica of a Bavarian town, housed in the Appalachians instead of the Swiss Alps. Each year, the population swells as the Helen Festhalle hosts America’s longest-running Oktoberfest celebration (now in its 45th year) featuring a parade, live German bands from around the country and rows of long tables fit for enjoying rounds of German beers and wursts. Oktoberfest festivities carry on every day until November 1st.

See our current fare listings to nearby Atlanta If Bay to Breakers and Outside Lands are any indication of San Francisco’s party hardy scene, it’s clear NorCal residents know how to have a good time. And Oktoberfest by the Bay is no exception. On the last Friday of September, Pier 48 is transformed into a massive German-style celebration, where crowds assemble under a behemoth German flag for traditional Bavarian dancing to the tune of the Chico Bavarian Band and the taste of ice-cold Spaten lager. The following weekend, look out for more pretzels and partying in Golden Gate Park, Mountain View, and Oakland, where the craft beer-centric Oaktoberfest takes over the city’s 40-some local breweries. 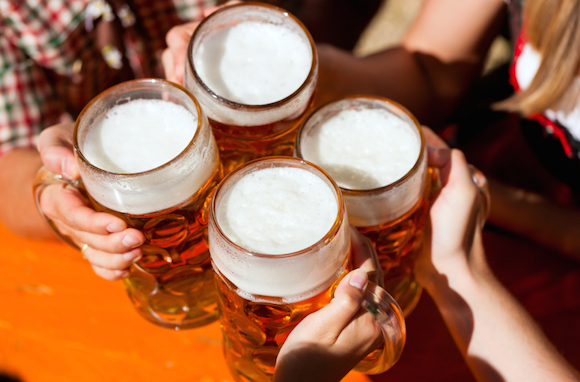 Located just an hour and a half outside Austin, Fredericksburg (“Fritztown,” for short), is the historic German city home to the “Texas German” dialect, a language that first-generation German settlers adopted in lieu of learning English. Fittingly, Fritztown is home to a 35-year-old Oktoberfest celebration, where gemütlichkeit (loosely translated as “good cheer”) takes the form of arts and crafts stations, chicken dancing, and 50 beer taps in the center of the city’s Marktplatz over the first weekend in October. Look out for German interpretations of Tex-Mex favorites, like German Tacos (with sauerkraut slaw) and sausage served on your choice of bun or tortilla.

See our current fare listings to nearby Austin 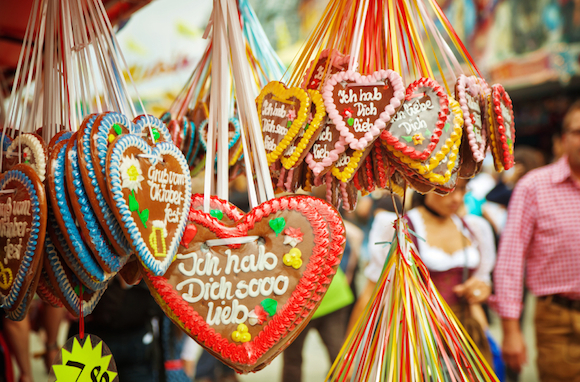 Boston drinks more beer per capita than any other city in the United States. And while a lot of that is happening during Saint Patrick’s Day, there’s still plenty of it going on during Oktoberfest as well. Each year on the first weekend in October, locals flock to the city’s most revered Brewery, Harpoon, on the Boston Waterfront for three days of oompah music, brewery tours and toasts to the beginning of fall. The following weekend, head across the Charles to Harvard Square, which sets up hosted beer gardens from local restaurants, six stages of live music and plenty of local street vendors. When you're fed up with the crowds, duck into local haunt Charlie’s Kitchen, with its cozy backyard beer garden and one of the best burgers in town. 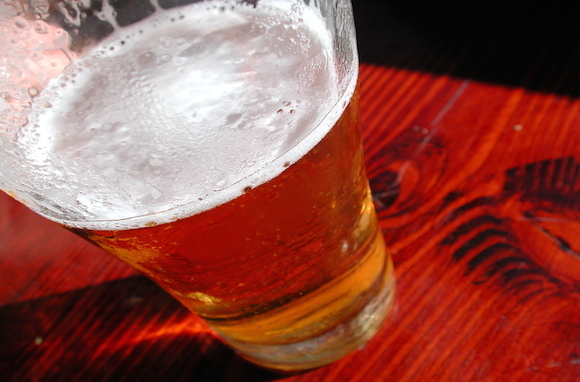 Another locale modeled after a Bavarian Village, Leavenworth is a town of 2,000 located at the foothills of the Cascade Mountains in the Pacific Northwest. Each year, tens of thousands of tourists visit from far and wide for their annual Oktoberfest—a three-weekend-long marathon of bacchanalia spanning multiple venues in the city’s downtown. Each Saturday kicks off with a keg-tapping ceremony (modeled after the ceremony in Munich hosted by the city’s mayor), making way for a horse-drawn Bierwagon, live marching band and Kinderplatz area devoted to family-friendly fun. Take a break from the revelry with a trip to the city’s Nutcracker Museum, home to more than 5,000 figurines dating from to prehistoric to the modern day.

See our current fare listings to nearby Seattle 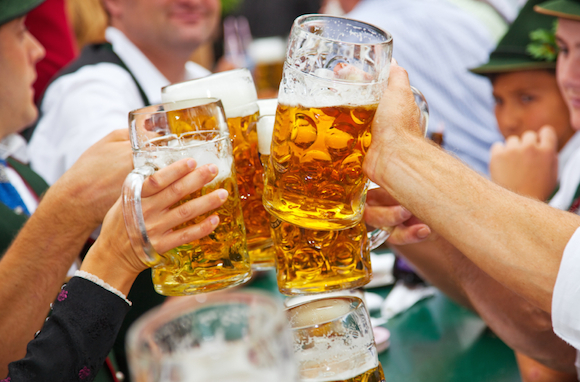 Though the Hudson Valley has its own host of sprawling Oktoberfest celebrations, we prefer celebrating in some of the city’s best German bars. The heart of the action is at Alphabet City’s Zum Schneider, the cash-only, boisterous bierhall that requires all of its employees to speak German. Last year, the festivities outgrew their Avenue C location and spilled over to their East River party tent, which is back this year for two weekends of jam-packed day drinking. Other solid options include the Cologne-inspired Loreley on the Lower East Side and the Standard Highline, which is bringing in a 35-piece German Polka band just for the occasion. 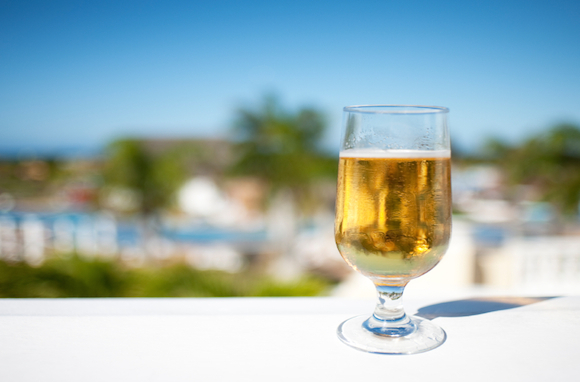 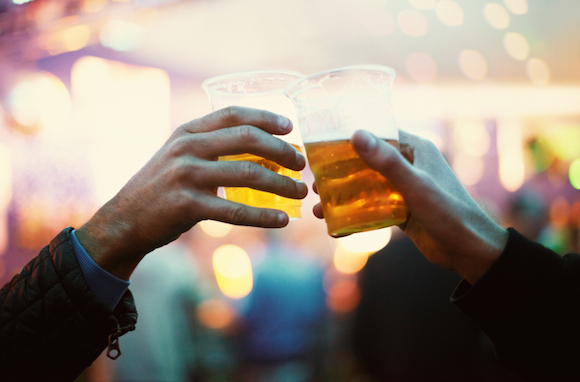 Alpine Village in Torrance is home to Southern California’s longest-running (and largest) Oktoberfest festival. Many revelers dress in costume (lederhosen, dirndls, and even chicken suits), partake in group dance routines and stick around for the after party at the adjacent Alpine Steinhaus. Cold brews come courtesy of Warsteiner, and each week features a rotating cast of craft brewery tap takeovers from Firestone, Stone, Allagash, Smog City and more. Designated drivers receive free non-alcoholic beverages all night, and if you ask nicely, you can request yours to shuttle you back into LA proper for more merriment. Sausage stalwart Wurstküche is celebrating all month at its Venice location, and the less carnivorous should check out the city’s Vegan Oktoberfest. It is LA after all.

Las Vegas is unofficially the best place to celebrate birthdays, bachelorettes and the New Year, so it goes without saying that the city also throws down hard for Oktoberfest. The German-American Social Club of Nevada and the City of Las Vegas come together at Centennial Plaza each year for their own celebration; the Golden Nugget hotel hosts an Oktoberfest-themed pool party and Big Dog’s Draft House puts on its annual “Dogtober” beer and music festival. But the city’s bi-level Hofbrauhaus— an exact replica of the Munich brauhaus by the same name — is the center of the action. The beer is imported straight from München, the staff wears dirndls, and in years past, local celebrities Siegfried and Roy have been known to kick off the festivities with their own keg-tapping ceremony.

READ THE ORIGINAL STORY: Where to Celebrate Oktoberfest by Charlotte Steinway, a Jetsetter contributor.