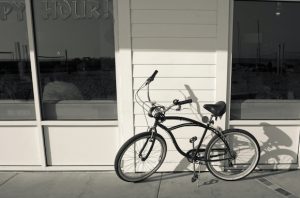 The Coolest College Towns in the USA

Massive swells, redwood-filled forests, an abundant haze of “medical” marijuana - it’s easy to see the appeal of Santa Cruz. Along with miles of misty beaches and endless bike trails that run through the nearby mountains, the city has killer microbrew and coffee scenes. Two standouts: the organic suds at Santa Cruz Mountain Brewing, in the Swift Street Courtyard, and single-origin promoter Verve Coffee Roasters, which has locations scattered around town.

See our current fare listings to nearby San Jose Madison's historic downtown is perfectly situated on an isthmus flanked by the Mendota and Monona lakes, with the 1,200-acre Arboretum and various biking trails nearby. But make no mistake, Madtown is a tailgaters paradise (gameday favorite: fried cheese curds). Ask a Wisconsin grad about his alma matter and he'll tell you the following: the Kollege Klub on Saturdays, Dotty's for the Melting Pot burger, and the Terrace at Memorial Union for snapshot-worthy water views. Thomas Jefferson founded the University of Virginia in 1819 and his legacy lives on, from the grand 18th-century buildings to the secret societies like Seven and Z. In addition to a surprisingly cool art scene -check out art collective C'ville Arts -lively restaurants (we love the rustic-chic C and O) and the open-air pavilion on the Downtown Mall, one of the country's emerging wine regions is right outside of town, shadowed by the Blue Ridge Mountains. Athens is an incubator for artists and rock musicians -R.E.M and the B-52’s got their start here- and it oozes southern charm with its historic Georgian mansions in the Five Points neighborhood. Two music venues are the heart of the nightlife scene: 40 Watts Club, the legendary spot for big-name acts; and Georgia Theatre, which reopened in 2011 after a fire (the Grammy Award-winning and local group Zach Brown Band donated $250,000 to bring it back to life). Fun fact: Sanford Stadium at the University of Georgia doubles as a pet cemetery; every English bulldog mascot since 1956 is entombed in wall mausoleum near Gate 9.

See our current fare listings for nearby Atlanta Burlington’s granola roots run deep. This is the place Ben and Jerry bestowed their psychedelic flavors on the world, and where a generation of LSD-charged roadies discovered Phish. These days an organic food movement and highly acclaimed craft beer scene have taken hold in and around UVM. See it firsthand at the City Market, where local purveyors hawk everything from freshly brewed Kambucha to high-point ciders to pasture-raised pork. See our current fare listings for nearby Memphis Who would have guessed that one of America’s coolest college towns is the middle of cow-country Montana? Bozeman, home to Montana State University, has been drawing more and more visitors north. In summer, there's world-class fishing at the nearby Madison and Yellowstone rivers; come winter, snow junkies flock to Bridger and Big Sky resorts. The town itself has a laid-back college vibe, with bistros, galleries and watering holes like Molly Brown bar, a note-perfect dive in the "bar-muda triangle." Chapel Hill might have the strongest foodie cred of any college town in the country. Here, sports bar nachos and divey burger joints take a back seat to James Beard-nominated chefs like Andrea Reusing, whose Asian-inflected Lantern sources from local farms; and the Pig, a nose-to-tail Carolina-style barbecue joint that's perennially packed. Beyond food, there are plenty more diversions, from the Carolina Basketball Museum to the North Carolina Botanical Garden.

See our current fare listings for nearby Raleigh-Durham Nike gives Eugene serious athletic cache — just look at the fashion-statement uniforms the Oregon Ducks unveil every season or the state-of-the-art sporting facilities on campus. It's also where frat-bro favorite Animal House was filmed and home to New Max’s Tavern, the inspiration for Homer's famed hangout Moe's Tavern on The Simpsons. Willamette Street is lined with art galleries like White Lotus, which showcases Asian works, and Sattva Gallery, where local artists display handcrafted ceramics and jewelry. Bonus: Portland is only a two-hour drive away. Cheesy historical reenactments have long defined Williamsburg, but a growing arts district is giving the town of William & Mary College a polished new edge. Don't miss the recently debuted Sculpture Gallery, a public art initiative that features 21 pieces from East Coast artists, including terra cotta works by Barbara Kobylinska, and Century Art Gallery, a showcase for contemporary paintings inside a 1920 Sears Roebuck house. And if you do happen to enjoy colonial history, visit the Jamestown Settlement, eat at one of the many 18th-century-style taverns, or take a tour of the Berkeley Plantation.

See our current fares to nearby Richmond