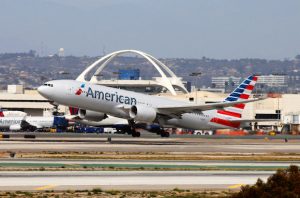 The Jerks You Meet While Flying, with Lessons for All

Lo and behold, there's an empty seat next to me as the door is about to close. Pure bliss. But what's this? A kerfuffle in economy? Someone is not happy and is letting the cabin crew know about it in no uncertain terms. Angry voices waft over the boarding music. A gate agent and a flight attendant appear at my row.

Gate Agent: "Is this seat occupied?"

Gate Agent: "Well, I need to upgrade someone."

Gate Agent: "I an NOT rewarding that kind of behavior with an upgrade!" (Her exact words.)

I'm guessing that 32C had some kind of status. Or felt he did.

So who got the upgrade? An 18-year-old NYU student, who, I later learned, volunteered to change his seat to settle whatever dispute was going on back there. He had never flown in business or first class in his life.

Student, after the flight attendant pours Lanson Champagne: "Dude, how much does this cost?"

Student: "Free? As much as you want free?"

During the flight, a couple of flight attendants stopped by to thank him profusely for being such a trooper.

Student, sotto voce, as a passenger (tank top, tattoos, gym shorts, baseball-cap-on-backward) strolls past us to use the business class lavatory: "That's the jerk who gave the flight attendants a hard time.” Yup, it’s 32C.

Lesson: People really do get upgraded just for being nice. Jerks sometimes don't. Flight No. 2: New York to London in Virgin Atlantic, Economy

Me to seatmate: "Good morning!" (It was a daylight flight).

Me, still chirpy: "Don't worry I am not going to talk to you. Just saying good morning!"

Three hours into the flight, Mmmmm, after several cocktails, he spills a full cup of hot coffee on my jeans, my seat, my tray table. I'm soaked. My seat is soaked.

I get up for some towels, the crew gives me a pair of Upper Class pajamas to change into, and puts a blanket on my wet seat.

Seatmate, upon my return: "So what's your name?"

Seatmate: "No really, what's your name?"

Suddenly he's a Chatty Cathy and wants to be best bruhs? He just will not stop.

Me (exasperated at this point): "Look, I really was just saying hello. Oh, and I told the cabin crew that you're cut off." I was in a mood.

Lesson: You only get one chance to make a first impression. Jerk. Flight No. 3: Paris to London on British Airways (a 40-Minute Flight), Club World

Club World, BA's European business class, is a 3-by-3 configuration with the middle seat blocked; I'm in the window seat, aisle seat is obviously a business guy.

Me, before takeoff, sweet as pie: "Excuse me please, I need to use the lav."

Aisle Seat (he just sits there): "Harrumph. You couldn't have used the W.C. in the terminal?"

Me (no longer sweet as pie): “I had a tight connection. Don’t give me that attitude. I didn't choose the window seat! Get up or I’ll climb over you."

Aisle Seat: "Harrumph!" (not his exact word but you get the drift). He elevates his rather portly frame.

Lesson: Mess with me and I can be a jerk with the best of them.