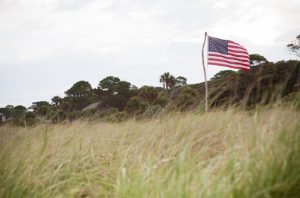 Still no plans for the holiday weekend? From kayaking through California’s Channel Islands to beer tasting along the Delaware Shore, these are the best US escapes for ringing in the last long summer weekend.

This surf-centric beachside city is more than the laid-back capital of California cool; it's also a foodie mecca in its own right. You'll need a long weekend just to hit the essential culinary hotspots, including the funky burger chain Hodad's and Lolita's Taco Shop, known for its carne asada fries and 'tsunami burrito,' packed with carne asada, grilled shrimp, guac and housemade pico de gallo. Don't skip the city's sushi scene, either: Sushi Tadokoro, Sushi Ota, and Harney Sushi serve some of the city's finest fresh fish. Wash it all down with a trip to West Coast IPA mecca Stone Brewing Co.(https://tours.stonebrewing.com/), which gives $3 tours on the hour in their massive space just north of the city in Escondido.

For a look at current deals from all over the US and Canada, visit our fare listings for San Diego (SAN). Easily accessible from New York City, the Hudson River Valley is the ultimate weekend escape for hip urbanites. If you're daytripping, go for a hike in Cold Spring, or head north to browse the seminal works of Richard Serra and Dan Flavin at Dia: Beacon, followed by locally-sourced snacks and beer flights at The Hop. For a full weekend trip, make your way a bit further up the river to Saugerties, where stays like Diamond Mills make a perfect launch pad for strolls along the idyllic Eospus Creek and easy bike route to the town's eponymous lighthouse.

For a look at current deals from all over the US and Canada, visit our fare listings for Hudson Valley (SWF). 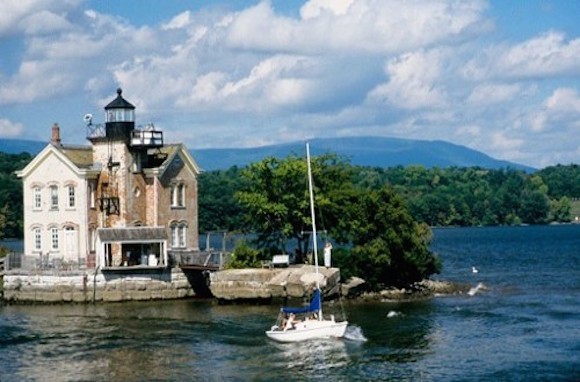 Block Island often gets overshadowed by its buzzy sister islands Martha's Vineyard and Nantucket. And that's precisely what makes it so special (even on Labor Day weekend, the crowds are manageable). You'll dock in Old Harbor, just a short walk from various lobster roll spots, seafood shacks, bars and boutiques. Get the lay of the land via bike or moped at Aldo's, where sights include Mogehan Bluffs, with its charming South East Lighthouse, and a small animal farm. Don't miss a round of mudslides at the Oar, a game of corn hole at Poor People's Pub, and a freshly-caught fish feast from Finn's. Dance it all off come nightfall at local haunt, McGovern's Yellow Kittens.

For a look at current deals from all over the US and Canada, visit our fare listings for Boston (BOS). 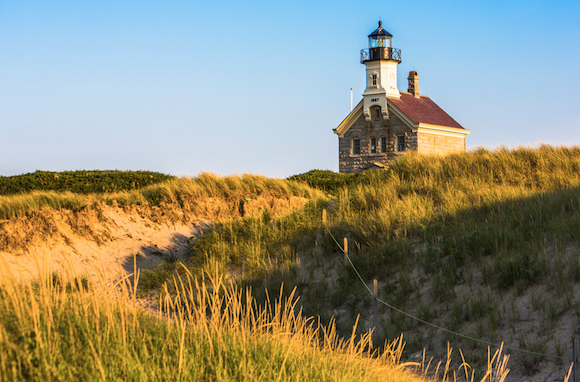 For a weekend of pure relaxation, LA golf aficionados and spa lovers flock to Ojai Valley Inn and Spa, but there's plenty to explore beyond the tranquil, 220-acre hotel grounds. Near town, take a free tour and tasting of Ojai Olive Oil, or check out the shop's booth at the weekly Sunday Farmer's Market. Browse used books at the open-air Bart's Books and take in the lush views at Meditation Mount, the town's 32-acre public meditation center. Set aside a day to explore the wildlife- and adventure-packed Channel Islands (think dolphin-spotting via ocean kayak), accessible from the Island Packers boats operating out of nearby Ventura.

For a look at current deals from all over the US and Canada, visit our fare listings for Santa Barbara (SBA). 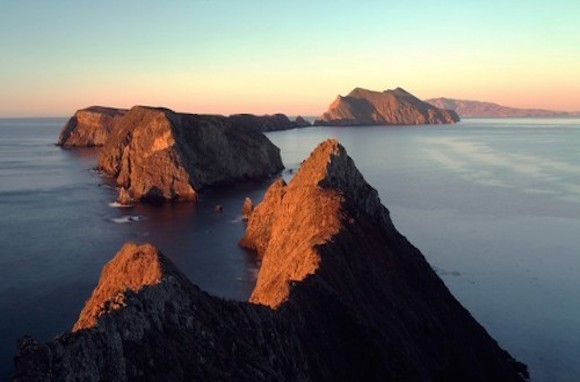 Ithaca, at its heart, is a college town: each fall, 34,000-some students split between Cornell University and Ithaca College return to their respective campuses on the southernmost tip of Cayuga Lake. But there’s a reason people want to live, visit and go to school in the Finger Lakes region of New York -- it's downright gorgeous (or, as they say, 'gorges'). Cornell's campus is scattered above two gorges, and hikes to nearby Buttermilk Falls are requisite for both locals and visitors. Even the Ithaca Farmer's Market faces the water, so travelers can enjoy the killer breakfast burritos and topnotch Cambodian food on a dock overlooking Cayuga Lake's Steamboat Landing. Take in more alfresco views with a drink in hand, on a tour along Cayuga Wine Trail -- the 25-plus wineries that dot the lake are known for their aromatic white varieties such as Riesling and Gewurztraminer.

For a look at current deals from all over the US and Canada, visit our fare listings for Ithaca (ITH). 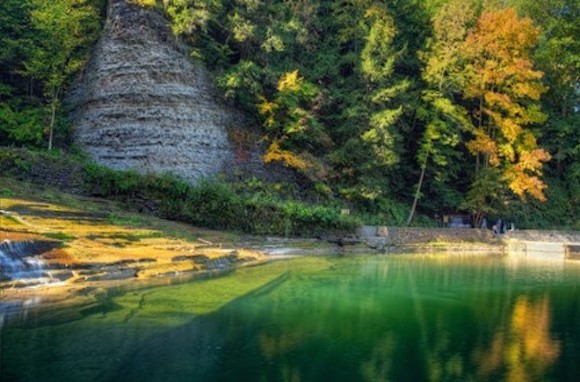 Palm Springs is a no-brainer destination for West Coast cool kids, but it's ready for the nationwide spotlight -- one that doesn't include mention of Coachella. First-timers should plan to stay (or at least visit) the Parker or the Ace, both known for their see-and-be seen pool scenes. Get a hearty dose of farm-to-fork American fare at Workshop Kitchen + Bar, followed by a deep tissue massage at The Riviera Palm Springs' 11,000 square-foot SpaTerre. Spend the early afternoon exploring surrealist art at the edgy Gallery 446 before a trip to nearby Joshua Tree, named after its Dr. Seuss-like trees native to the national park.

For a look at current deals from all over the US and Canada, visit our fare listings for Palm Springs (PSP). 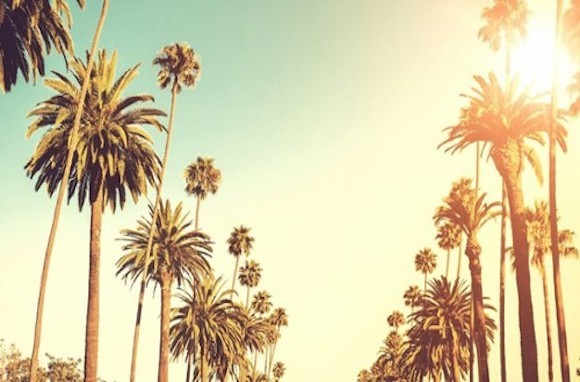 Bruce Springsteen helped put this North Shore town on the map back in 1973 with his debut studio album, Greetings from Asbury Park. Today, the local branding agency the Smith is responsible for some of the city’s biggest foodie hits: pizza and craft beer mega-restaurant Porta, modern brasserie Pascale & Sabine, and the newest entry, a retro American-Chinese concept aptly-named Happiness Bar & Grill. Get a peek into the days of yore with a show at the Stone Pony, the iconic music venue graced by the Boss himself, or a nightcap at Asbury Lanes, the punk rock venue inside a 1961 bowling alley. By day, take a walk along the historic boardwalk before spending the day beachside--just be prepared to shell out $6 for a beach tag.

For a look at current deals from all over the US and Canada, visit our fare listings for Trenton (TTN). 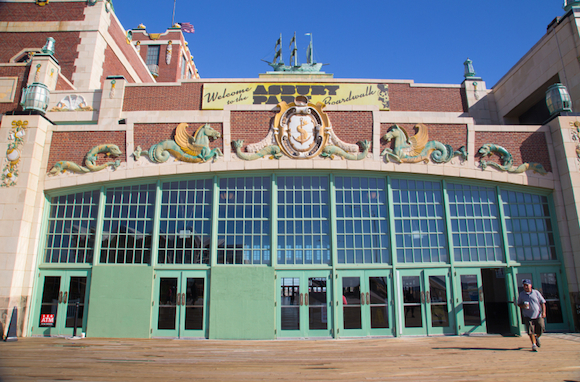 Just across the water from New Jersey, the Delaware beaches are often overlooked in favor of the Jersey Shore. But there's plenty worth making the four-hour drive from NYC (and shorter trek from DC, Baltimore and Philly) to the uppermost tip of the coast. Park yourself in Lewes for a night, where you can stay at the Dogfish Inn, a 16-room beer temple housed in a revamped 1970's motel. From there, head to the nearby brewery in Milton, which offers free tours and tastings of their famous "continuously hopped" IPAs. Spend a day sunning yourself in Rehoboth and dining on all-you-can eat blue crabs at Claws. Leave time for a ferry ride up to Cape May, NJ to explore the quaint, Victorian-inspired architecture.

For a look at current deals from all over the US and Canada, visit our fare listings for Wilmington (ILG), Philadelphia (PHL), and Baltimore (BWI). 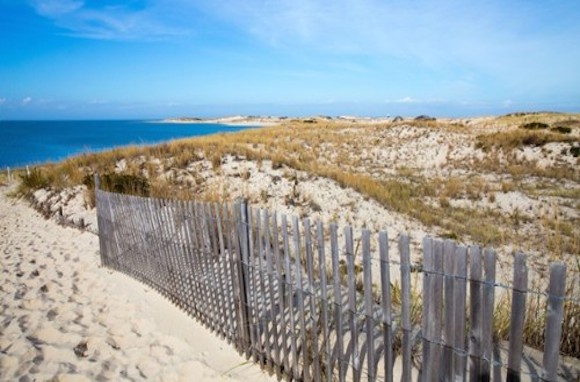 If you like music, there's no better place to be this Labor Day weekend than NYC. Skip Randall's Island's hectic Electric Zoo Festival and head to Queens for the summer's final installment of MoMa PS1 Warm Up, the Saturday party held in the courtyard of a former elementary school-turned-art museum in Long Island City. The lineup is kept secret until right before the event, but usually features one of the series' biggest names; Skrillex headlined last year. Come everning, take a DJed cruise around Manhattan courtesy of Good Room and Tiki Disco, the summertime party series historically held in Roberta's Bushwick backyard and Rockaway Beach's Rippers bar. On September 7th, Fool's Gold Records' annual Day Off party is happening at 50 Kent in North Williamsburg, where rapper Meek Mill is taking a break from the Drake drama and "his girl's tour" to headline the event alongside label founder A-Trak.

For a look at current deals from all over the US and Canada, visit our fare listings for New York (LGA), New York (JFK), and Newark (EWR). 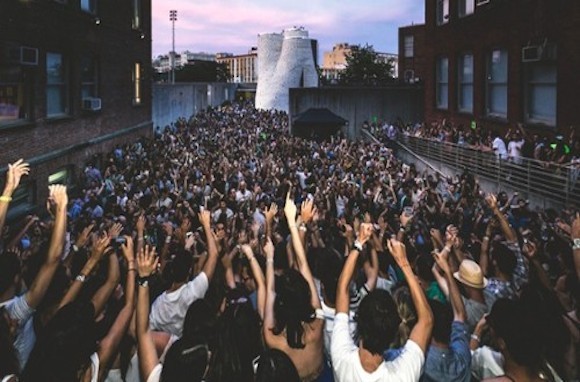 READ THE ORIGINAL STORY: No Plans for Labor Day?