This is a new route from Norwegian, with service scheduled to begin on December 4.

Seen below, we found seats departing JFK on Monday, January 11, returning from PTP on Friday, January 22.

Other dates are also available for travel from early December through March 25.

Similar intro deals are available from other departure cities. 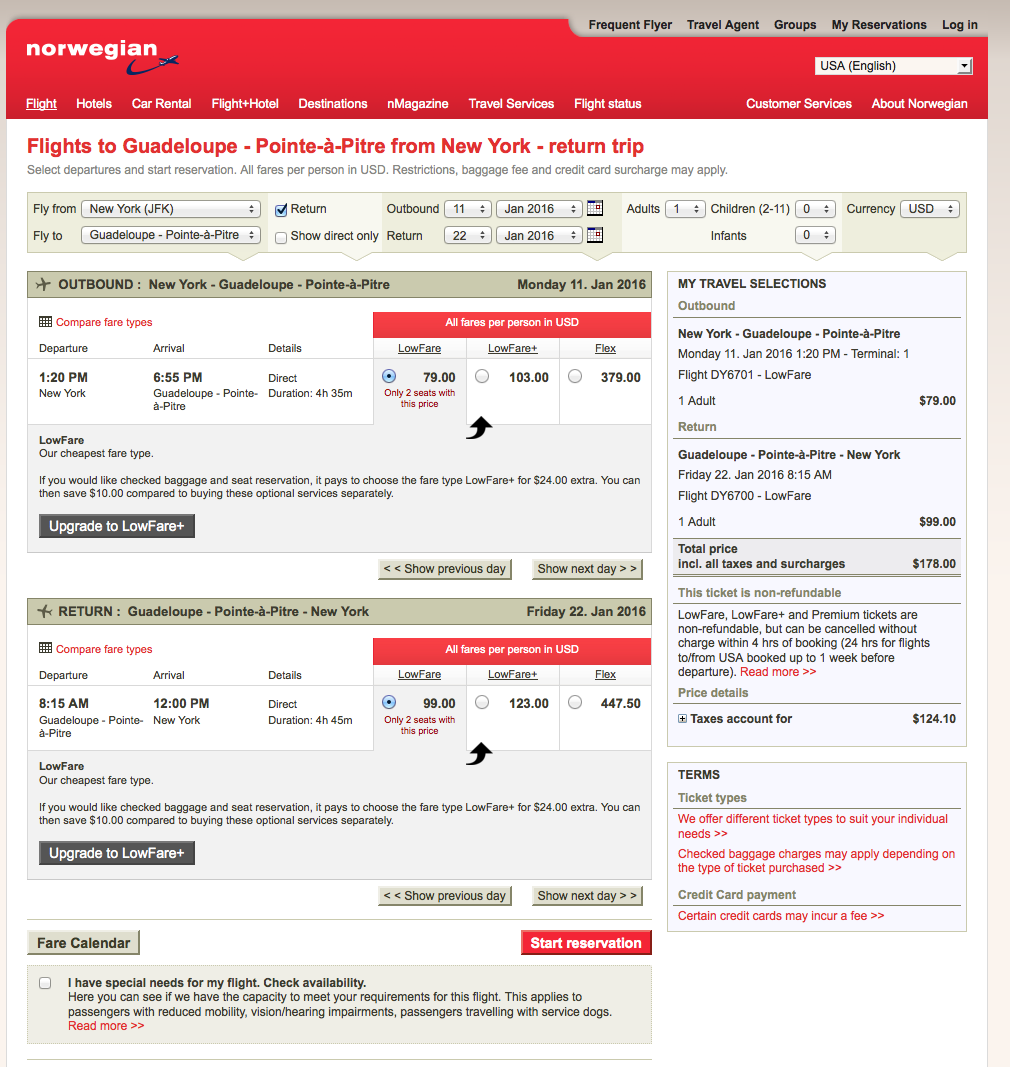