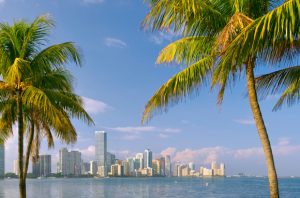 8 Reasons Why Avoiding Miami Is the Biggest Mistake You'll Make All Year (and None of Them Are a Beach!)

Headed to Florida? If you're not going to Miami – and if you're an American, there's a strong chance, statistically, that you're not – you really are missing one of the most exhilarating cities on the continent right now. Overwhelmed and not sure where to start? Here are eight unique experiences that'll have you feeling the vibe in no time. 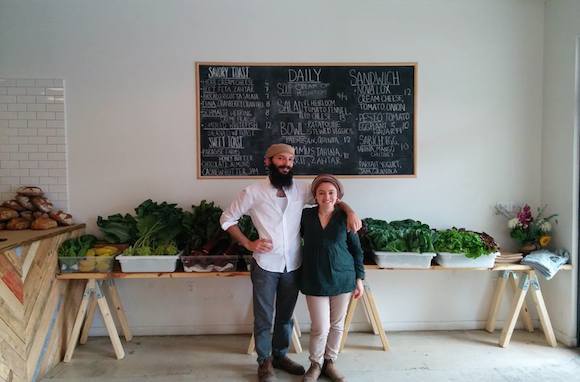 Rich in art and nightlife, this formerly desolate industrial district is starting to feel more and more like a real neighborhood. One of the coolest crowds in town descends on Panther Coffee – the city's best roaster café and one of its best hangout spots – the moment it opens at 7:00 in the morning. (On Sundays, they open at 8.) A couple of street art-lined blocks away, at that very same hour, one of Miami's top destinations for delicious carbs – Zak the Baker – opens up for breakfast. Stop in for thick slices of sourdough toast loaded up with honey butter and other rustic day starters. Afterwards, check a CitiBike out from the rack outside Panther, tool your way over to the bay and look at houses you might like to live in for a winter or three. 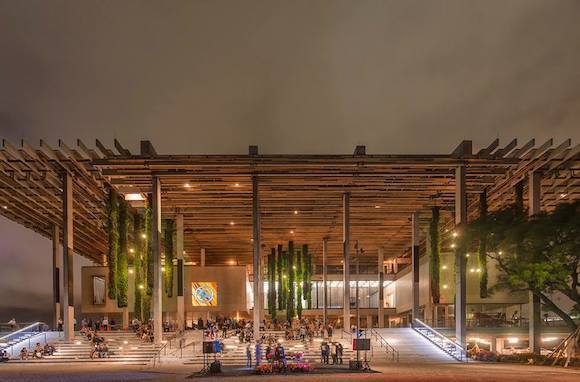 2. Marvel at the architecture of Museum Park.

It hardly matters what's inside (and there's plenty of modern art in there to admire) – the Herzog & de Meuron-designed pavilion that's home to the Pérez Art Museum is itself almost a work of contemporary art, like some sort of sleek welcome center to future Miami. Sustainably built and visually appealing right down to the eco-friendly lower level parking garage, with its rain gardens and surrounding tropical landscaping, the museum is the centerpiece of a dramatic rethink of Miami's old Bicentennial Park. Another major piece of the puzzle – the Frost Museum of Science – will open in its own new (and also very architecturally forward) home next summer. Don't wait, though – a visit to the park is already a must. 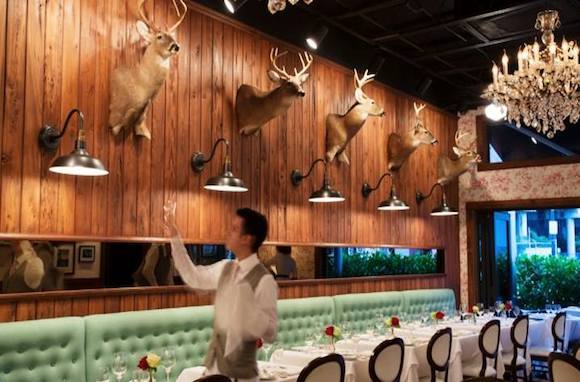 3. See at how insane the Design District has become.

Anyone watching Miami's Design District take shape over the past decade or more might be astonished to see it now. You may have wondered, in passing, how long those high-end showrooms, galleries and cafes would last, out in what seemed like no-man's land. Well, the Design District didn't merely endure – it dug in its opposite-of-sensible heels and got downright crazy. These days, it's as if the Bal Harbour Shops suddenly decided it hated the suburbs and moved back into town. Harry Winston, Cartier, Vuitton, Prada, you name it – it's all here, practically underneath the run-up to the Tuttle Causeway. Stranger things have happened – not many. Lunch is at Crumb on Parchment, a popular bakery and café; stick around for posh dinners at The Cypress Room, James Beard Award-winning chef Michael Schwartz's chic follow-up to neighborhood institution Michael's Genuine. 4. Explore the city's wild side.

It takes about fifteen minutes to get from the oceanfront resorts of North Miami Beach to the Earth 'N' Us urban farm – you might as well have traveled to another planet. This hidden jungle paradise at the heart of one of the city's poorest neighborhoods is more than just a place where bees buzz and goats roam – it's also home to a highly unusual selection of lodgings, starting at just $45 a night. (That's for the lower level of the farm's treehouse duplex.) Guests can stay as little or as long as they want here, sharing common areas with the animals, neighbors young and old plus farm friends and fans who turn up for occasional potlucks and other events. Organic gardens brim with vegetables and fruit, fresh eggs and good honey are nearly always available. Farmers Ray and Leslie Chasser – Ray's been at this for decades now – are some of the coolest people you will meet in Miami. To book, check out Leslie's profile on Airbnb. 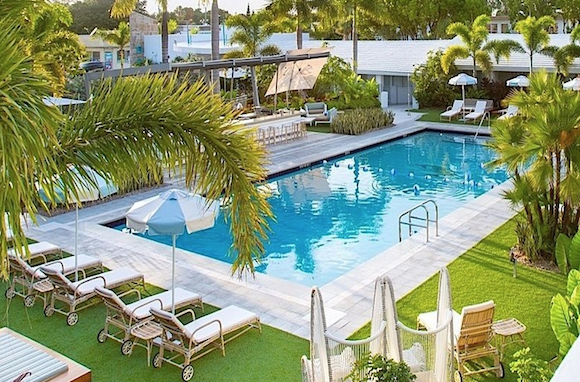 5. Soak up the vibes in the MiMo District.

Running north from around 50th Street along an increasingly lively Biscayne Boulevard, the Miami Modern District is named for the architecture that defines it more than half a century on. For years, being here meant wading past a collection of dilapidated motels just waiting to be saved from the dustbin of local history. Today, properties like the Vagabond sparkle once more, offering reasonably priced rooms and serious dining, while browse worthy shops fill once-empty storefronts and a weekly farmers market brings local residents out to Legion Park (at 66th Street) on Saturdays. Don't miss dinner at Blue Collar, offering updated classic American cooking in, you guessed it, an old motel coffee shop space. It's one of Miami's most talked-about restaurants. 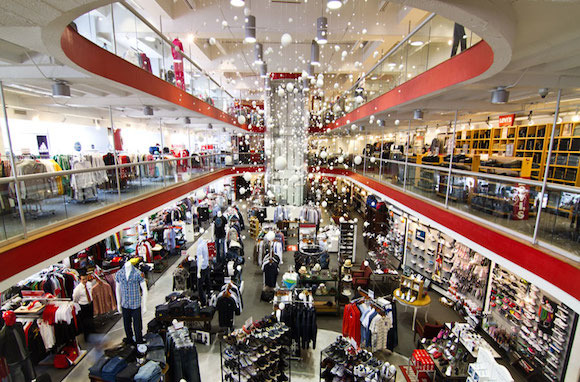 It's always been there, there have always been reasons to go there, that little Metromover monorail thing keeps toddling up and down its elevated track, but Miami's historic center has long felt like it was a placeholder for something much better. Today, new hotels and luxury apartments and other drivers are bringing a new energy to its streets and into stalwarts like La Epoca, a stylish department store with over a century of history (it was one of the most popular names in fashion in pre-Castro Cuba). There's free yoga with water views in Bayfront Park (Monday, Wednesday, Saturday), you can stop in for a morning pick-me-up at Eternity Coffee Roasters, power lunch at the sexy, river-facing Zuma and pick up dinner at a gargantuan new Whole Foods on your way home at the end of the day. Downtown may still be a work in progress, but its future as the center of the city now seems fairly well assured. 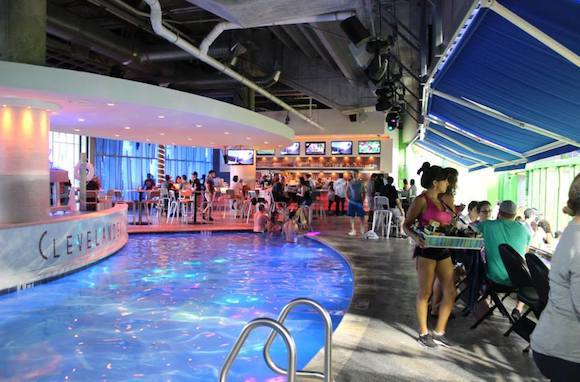 7. Cheer on the Marlins at their LEED Gold certified ballpark.

Complete with swimming pool, nightclub and Cuban sandwiches – not to mention aquarium tanks behind home plate, a retractable roof and (yes, please!) air-conditioning, the only-in-Miami Marlins Park is one of the most fun places to watch a game of baseball anywhere in North America. Controversial, yes. Architecturally flamboyant and somewhat baffling, absolutely yes. But this environmentally-sensitive and surprisingly intimate park (even Chicago's Wrigley Field holds more fans), completed in 2012, offers an entirely new spin on the American baseball experience. 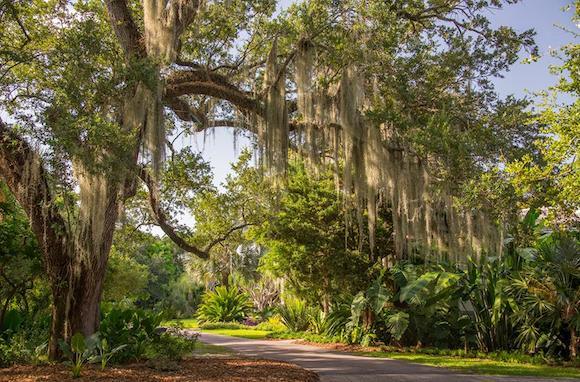 8. Check out one of the world's most extensive collections of palm trees (and much more) at the Fairchild Tropical Botanic Garden.

Taking a breather after an epic Dale Chihuly exhibition – the largest ever staged, apparently – things should be a little quieter than usual at Fairchild Tropical Botanic Garden, at least until, say, the 23rd Annual International Mango Festival rolls around (July 8, hope you like mangoes). Wander through the gardens, explore the indoor rainforest, admire thousands of butterflies in the Wings of the Tropics exhibit or simply appreciate the design and architecture of this 83-acre complex just off of Biscayne Bay, minutes from downtown Coral Gables. It's the perfect place to take a breather from the delightful insanity of modern Miami.

Europe for Under $1,000 and More Great Deals From G Adventures' Summer Sale