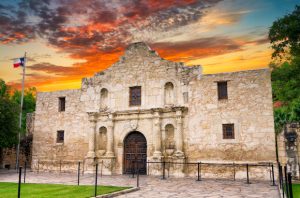 San Antonio has always been cool in its own way and at its own pace, a place to come and suspend yourself between worlds, to honor Texas history and tradition, to eat breakfast tacos and cabrito (roast kid – that's kid as in goat).

While the rest of the world was going in for the new-fangled; the Alamo City took a hard pass, preferring to do things the way they'd always done them. It almost became a form of entertainment here, watching nothing change very much. How could a city that's just an hour or so from a place like Austin and just an hour or two more from Houston be so thoroughly committed to remaining in the past?

Something had to give, and apparently, it has. You can still get your cabrito all over town – there's even a new spot, Los Cabriteros, that has aficionados abuzz. The missions still stand, as they have for so long now; people still line up forever for pan dulce at Mi Tierra, located in one of the country's best Mexican-style market halls.

Now, however, there's so much more. San Antonio is growing fast. It is the seventh largest city in the country these days. New blood is rushing in, new ideas, new neighborhoods, new everything. To boot, enthusiasm for the arts and all things culinary are higher than they've been in possibly forever – it's time you ambled on down and soaked up the vibe. Here are a few of our favorite things right now. San Antonio is now home to one of the best urban walks on the continent. The city's iconic (and historic, dating back to the 1930's) Riverwalk was for many years little more than a tourist-friendly loop through the old center. Today, it stretches out for 15 intriguing miles, changing in personality as it moves between neighborhoods both north and south of downtown. From locally-loved bars and restaurants to architecturally impressive historic districts, must-see museums and expansive national park lands, you name it, the Riverwalk will now take you there. 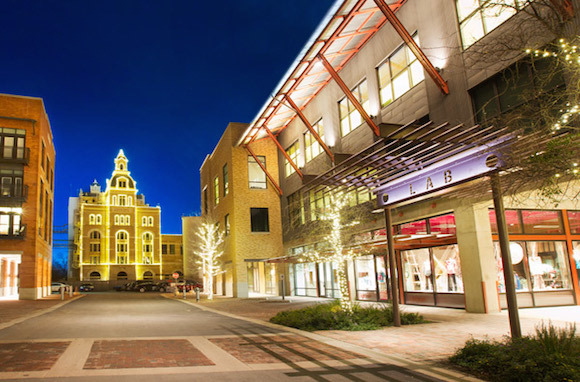 One of the country's most successful planned neighborhoods is here, too. Mixed-use development is all the rage, but few cities have pulled off what San Antonio did with the Pearl Brewery, mostly just referred to as The Pearl. So vibrant is this planned community centered around a historic brewery building along the northern end of the Riverwalk, you have to keep reminding yourself that this isn't just a really cool neighborhood that came up from scratch. Come on Saturdays and Sundays for San Antonio's most happening farmers market, where students from the Culinary Institute of America (located here) make tacos and Hill Country farmers sell their produce and everyone sits around sipping cold brew (on tap at Local Coffee) and everything is just kind of perfect. Housing, shops and restaurants are scattered across a mix of sensitively renovated historic buildings and smart new development; this fall, the Hotel Emma (named for the brewery's one-time headmistress) will open up – expect it to be one of the most popular hotels in town, if only for its location in a place where everyone seems to want to be right now. You can still honor tradition – but now you can do it via share bike. While up north it's all about the new, the recently-completed southern end of the Riverwalk brings you to a part of the city that hasn't changed much in generations. The outstanding, must-see, go-right-now San Antonio Missions National Historical Park preserves the lands and buildings at three separate sites along the river; what has often been ignored by visitors is now easily accessible from downtown without driving – grab a share bike (the city's B-cycle program is quite visitor friendly) and look for the return stations near all three missions (Concepcion, San Jose and Espada). Is your historic cathedral back home the canvas for one of the most compelling public art installations you've ever seen? Apparently, it's not enough that the stately San Fernando de Bexar Cathedral (one of the oldest active cathedrals in the U.S.) still stands here on the are-we-in-Mexico Main Plaza, steps from the heart of Riverwalk tourist land. Now, on regularly scheduled evenings throughout the year, French artist Xavier de Richemont's video art installation (the first of its kind in the country) turns the façade of the church into a backdrop for an unforgettable show that tells the story of the city's colorful history. If you do one thing on your next visit to San Antonio, come here. You can take one of the best cooking classes in the country here. The Culinary Institute of America is known for turning out some incredible chefs. But anyone can jumpstart their dreams at the school's newest (and their third) location in San Antonio, located at the heart of The Pearl. The classes are known as boot camps: No demonstrations, very little coddling. You are all but thrown into the pool with your ingredients and your campmates and it's pretty much sink or swim. Don't worry, though – instructors are at the ready to help you over those insurmountable hurdles. It's not for the super-timid, but it's a hell of a lot of fun. Enroll for two, three, four or five day camps; learn more at enthusiasts.ciachef.edu. The arts scene is nothing short of terrific. From the ambitious new Tobin Center for the Performing Arts, which repurposed the handsome old Municipal Auditorium and created a beautiful riverfront campus for everything from Tchaikovsky to free yoga classes on over to the McNay Art Museum, Texas' first modern art museum and one of the continent's finest of its kind, San Antonio is into culture and it shows. Not that it's all big organizations – also check out the likes of the cutting-edge Artpace, a gallery and event space on North Main Street that hosts exhibitions, talks, rooftop concerts and lots of other interesting events. Artpace is an easy walk from most downtown hotels and admission is always free. The food scene here is on the verge of becoming kind of awesome. In the old days, you came here to taste the same food that San Antonio has been eating for generations. These days, you could spend a whole weekend here (or more) sampling what's new and exciting and go home with an entirely new appreciation for San Antonio's capabilities. From Cured, known for outstanding charcuterie, bottled cocktails and other delights served up in the masterfully renovated brewery offices at The Pearl (look for the school house-like building at the heart of the district) to CIA grad Diego Galicia's Mixtli, which offers up an impressive interpretation of the modern Mexican style made famous by Mexico City chef Enrique Olvera, eating out in San Antonio these days is suddenly anything but typical.

Visit our San Antonio (SAT) fare listings for a look at current deals from all over the US and Canada.

Above Cure image via Scott Martin