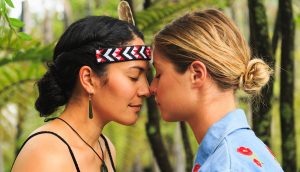 We're looking forward to chatting with you on Tuesday! Thanks to our awesome sponsor!

PROGRAMMING NOTE: We’re happy to announce that from now on, #AWDTravelChat will be regularly scheduled for the first Tuesday in a given month at 11 AM ET, unless otherwise noted. Add it to your calendars!

No Purchase Necessary. A Purchase Will Not Increase Your Chances of Winning. Void Where Prohibited.

By Entering This Giveaway You Accept The Below Terms In Their Entirety.

WHO CAN ENTER THE GIVEAWAY

1. The Airfarewatchdog Travel Chat Giveaway (the "Giveaway") is subject to the following conditions and is open only to legal residents of the United States who are eighteen (18) years of age or older and who have a Twitter account (“User, or collectively, “Users”). Employees of SmarterTravel ("Sponsor") and Air New Zealand, as well as the immediate family (spouse, parents, siblings, and children) and household members of those employees, are not eligible to enter.

HOW DOES THE GIVEAWAY WORK

2. During certain Airfarewatchdog Travel Chat events on Twitter.com and utilizing the hashtag #AWDTravelChat, Sponsor will post a series of 8-12 travel-related questions from the @airfarewatchdog account (“Questions”). Each User may respond to these Questions by providing a relevant answer and including the hashtag #AWDTravelChat. In order to qualify for the Giveaway, a User must reply to a currently-posed Question with an appropriate, relevant response in the form of a tweet, and must include the #AWDTravelChat hashtag. Any answer that meets the forgoing qualifications will count as an entry, regardless of merit. One entry per User. Third-party and bulk entries are not permitted. Users found using multiple accounts to enter will be ineligible. Sponsor reserves the right to stop offering Giveaways at any time without notice.

3. Users who submit a qualifying response to a Question, as outlined above, will be placed into a pool, from which certain accounts (the “Winner”, or collectively “Winners”) shall be randomly selected. The Winner(s) will receive one (1) economy-class airline ticket, provided by Air New Zealand (approximate retail value of $2,500) (the “Prize”). If no one responds to a Question within 30 minutes of posting, no one will win the Prize.

WHEN DOES THE GIVEAWAY CLOSE

5. The Giveaway begins when the Sponsor posts the first question for a specific Twitter Travel Chat event. The Giveaway concludes the same day, 15 minutes after the final question is asked. The Winner(s) will be notified and announced no more than five (5) business days after the Giveaway concludes via a public post on one or more of Airfarewatchdog’s social media accounts. Sponsor will also attempt to direct message the Winner(s) on Twitter. (In order to receive a direct message from @airfarewatchdog on Twitter, users must have their account settings set to "unprotected" and/or "public.")

6. Sponsor reserves the right to redistribute Prizes not claimed within forty-eight (48) hours of notification, at its sole discretion.

OTHER THINGS TO KNOW

7. Sponsor reserves the right to delete any entry that Sponsor, in its sole discretion, deems obscene, indecent, or otherwise inappropriate, off-topic, or in violation of the rights of any third party. Sponsor also reserves the right, in its sole discretion, to disqualify any person who violates these rules or otherwise acts in a disruptive manner. Entries failing to comply with these rules will not be accepted.

8. No purchase is necessary to enter to win the Giveaway.

9. Air New Zealand will arrange to send the Prize(s) to Winner(s), as well as all other fulfillment activities associated with the Prize(s).

10. By entering, you accept these rules.

11. By entering the Giveaway, you release Sponsor from any liability whatsoever, and waive any and all causes of action, related to any claims, costs, injuries, losses or damages of any kind arising out of or in connection with the giveaway or delivery, misdelivery or acceptance of any prize (including, without limitation, claims, costs, injuries, losses and damages related to personal injuries, death, damage to or destruction of property, rights of publicity or privacy, defamation or portrayal in a false light, whether intentional or unintentional), whether under a theory of contract, tort (including negligence), warranty or other theory.

12. Any information submitted as part of the Giveaway will be used for purposes of the Giveaway and treated in accordance with Sponsor's Privacy Statement, as well as Twitter’s privacy policies.

13. This Giveaway is provided by SmarterTravel and is not sponsored by, endorsed by, administered by, or associated or Twitter.

14. ALL FEDERAL, STATE AND LOCAL TAXES ASSOCIATED WITH THE RECEIPT OF ANY PRIZE ARE THE SOLE RESPONSIBILITY OF THE WINNER(S).

16. The Giveaway may be canceled, suspended and/or modified, in whole or in part, if in the opinion of Sponsor any fraud, technical failure or other factor beyond its control impairs the integrity of the Giveaway.

17. All entrants acknowledge that if they are chosen as a Winner, certain of their personally identifying information may be disclosed to third parties, including, without limitation, on a Winner’s list. All personal information submitted as part of the Giveaway may be shared by and between Sponsor and its affiliates and partners, and Sponsor and its affiliates and partners will use such information in accordance with their respective online privacy policies.