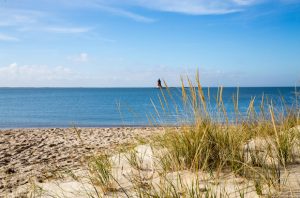 17 Reasons to Brake for Delaware This Summer

For many East Coasters, driving through Delaware is a part of life. As is getting stuck in traffic in Delaware, paying tolls in Delaware, or perhaps getting stopped for speeding in Delaware, even though you totally weren't going that fast, honest.

Maybe because Delaware doesn't really do first impressions, at least not well, the First State ends up last on the list for too many vacationers. For those who weren't born there, or born into a family that summered there, it's often a place to be endured, avoided, or whizzed through.

Except that it's not! It may be little, that stretch of I-95 may be damnably crowded, but get off the highways and you'll find –quite quickly, actually – just how many reasons there are to stop and get to know it, beyond tax-free shopping. (Which they totally have.) Here are just a few highlights to get you going. 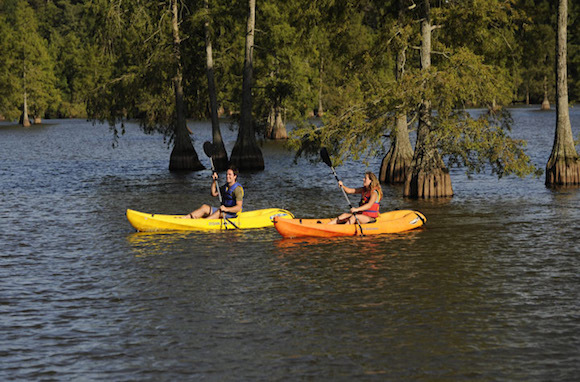 1. Delaware may be diminutive in size, but relatively few people live there (less than a million, at last counting). This leaves a good bit of great outdoors, from sandy beaches to burbling creeks and quiet forest paths. A perfect start to your education: check into a yurt at Trap Pond State Park and explore the forested wetlands by kayak for a weekend. It's about as remote as you can get and still be in the state. 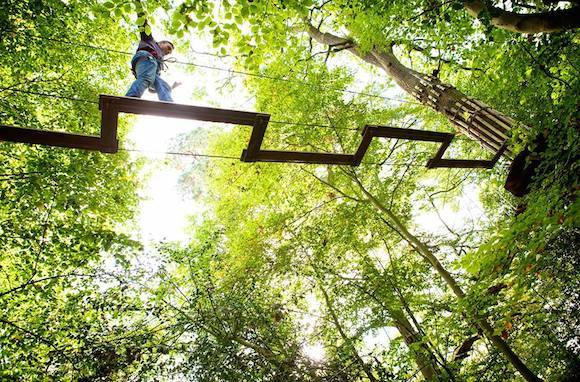 2. Or, maybe you've only got a few hours to spare – you can still get some serious outdoor time in at Lums Pond State Park, at the other end of the state. Barely fifteen minutes off I-95 and you can be swinging through the trees like Tarzan, or flying across the water; the park is home to the popular Go Ape USA adventure course, which has the state's only ziplines. That's plural. There are four of them. 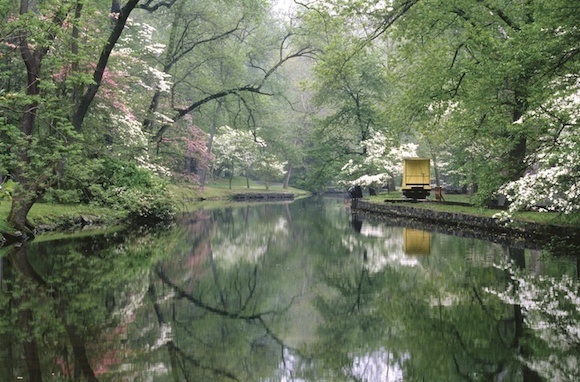 3. Then again, maybe you prefer your outdoors slightly less death-defying, more orderly – perhaps even with full-time gardener. Lucky you, Delaware is where the Brandywine Valley begins – one of the most idyllic places remaining in the crowded Northeast Corridor, it's known for postcard-level scenery, historic estates and gardens. (Pictured here is the Hagley Museum, a Smithsonian affiliate spreading out over 200 acres along the Brandywine River – the ancestral home of one of the East's most famous families, the DuPonts, and the site of their gunpowder mill, the Hagley is a must for anyone interested in American history.) 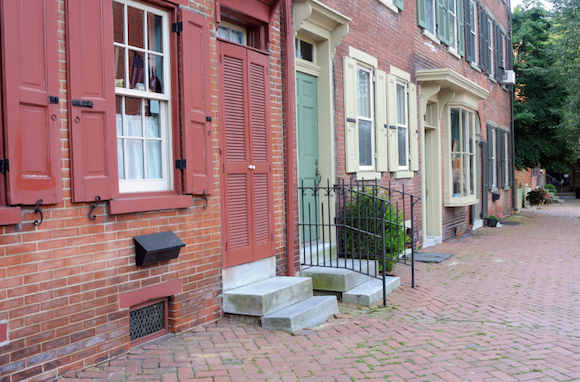 4. And speaking of Delaware's fascinating and lengthy history – it's not just found on private estates and in walled gardens; towns like New Castle and Dover are in places complete throwbacks to their early years. For a quick crash course, look no further than the newly designated First State National Historic Park, encompassing a variety of important landmarks and districts throughout Delaware. 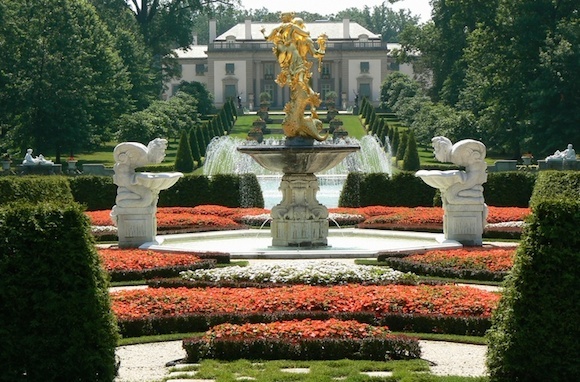 5. Of course, it's going to be hard to top the DuPont family, at least in the looks department – if you only have time for one historic site, it should probably be the Nemours Mansion & Gardens, another Brandywine gem not far from downtown Wilmington. Is it France? Not quite, but that's okay, because if you were in France, you wouldn't be just around the corner from The Charcoal Pit, a vintage diner that's a Wilmington institution and a great place for a burger and a shake on a summer night, or any night. 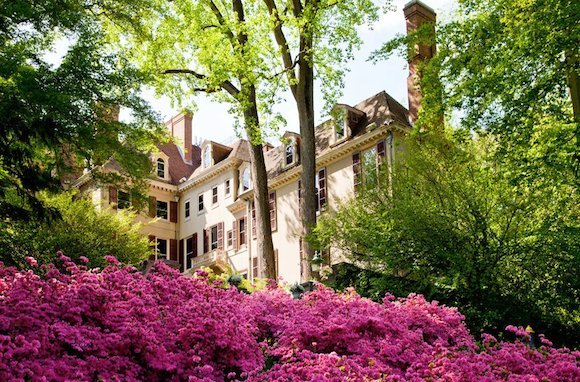 6. If you can possibly take one more estate tour, head just up the valley a bit to Winterthur, considered the country's best museum of American decorative arts. (Surprise - the DuPont family built it. There are a lot of DuPonts. You'll learn, eventually.) Winterthur comes with more than 60 acres of outdoor beauty, so even if you're not so into checking out people's old crockery (kidding, it's so much more than that) you can wander one of the East Coast's best botanical gardens. 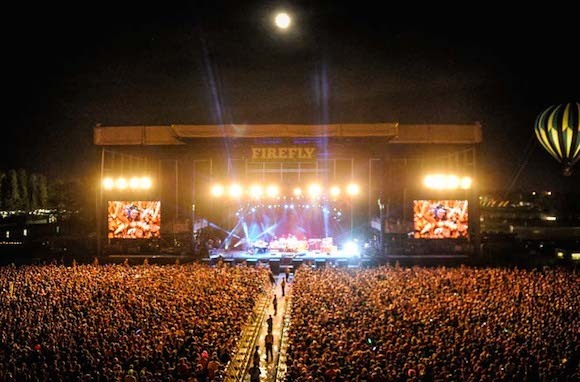 7. And speaking of best things on the East Coast (and jumping ahead a century or two), the annual Firefly Music Festival is giving a lot more people good reason to work Delaware into their summer plans of late. Launched in 2012 just outside the state capital of Dover, it's quickly become a go-to for music lovers – Firefly has even been mentioned in the same breath as more famous fests like Coachella and Bonnaroo. A stretch? Less and less so. Paul McCartney opens this year (June 18-21). 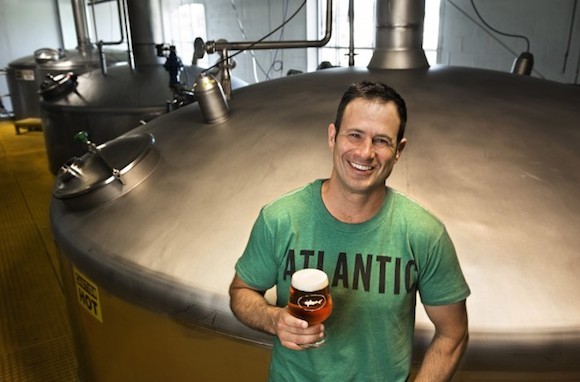 8. But really, when it comes to Delaware cool, does anybody do it better than this guy, right here? He's Sam Calagione, founder of Dogfish Head Craft Brewery, known for some of the best brews on the planet, never mind this corner of the world. 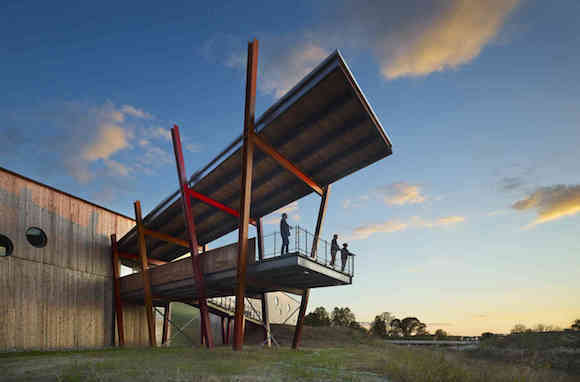 9. Located not far from historic Lewes, Dogfish Head's architecturally impressive brewery draws fans from all over for popular tours and tastings. 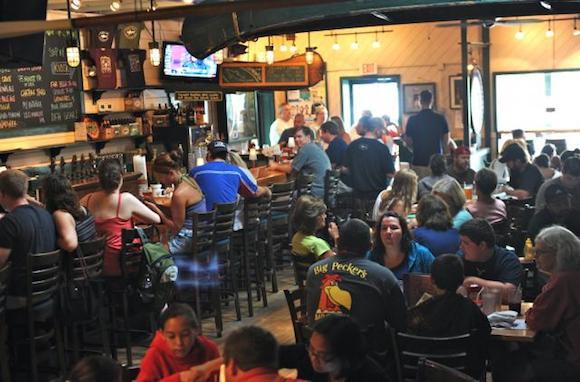 10. There's a whole infrastructure built up for Dogfish tourists, including a lively brewpub nearby… 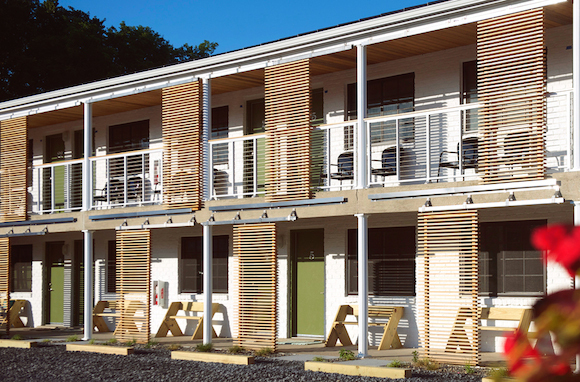 11. …and then there's the Dogfish Inn, which became the state's most happening hotel the day it opened, featuring casually cool décor, a library curated by City Lights Bookstore in San Francisco, a chill-out area with a firepit, locally made snacks in your mini fridge and, of course, all the barware you need to enjoy the many Dogfish beers you purchased at the brewery. With just 16 rooms, make sure to book ahead for a summer visit. 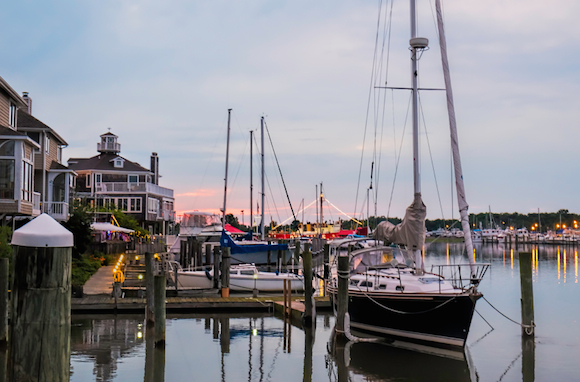 12. Not that there's nothing else besides beer and beer-related things to do around here – Lewes just so happens one of the most pleasant shore towns in the busy New York-Washington corridor. It began life as a Dutch colony, famously mixing it up with the Swedes who settled up in present-day Wilmington. Today, it's a mellow beach town that's almost cute enough to be on an island in New England somewhere. 13. Lewes is also really near Cape Henlopen, a state park with one of the Mid-Atlantic region's nicest beaches and a popular campground. Best of all, you can get here from points north without having to deal with I-95 – just whistle down the Garden State Parkway to the very end (near Cape May) and drive on to the regularly-scheduled Lewes-bound ferry, which runs year-round. 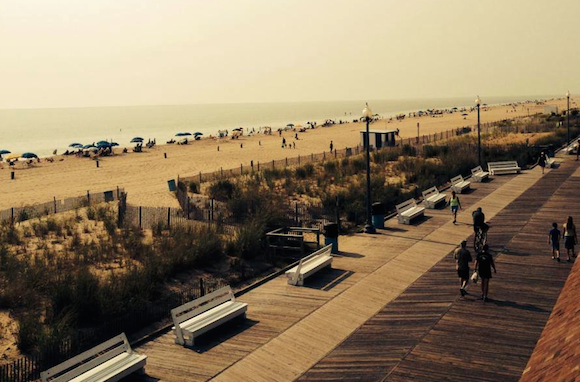 14. What about Rehoboth Beach, you ask? Oh, nothing, just saving the best for last. The most famous of the Delaware beach towns, Rehoboth is known for its pleasant hotels and classic boardwalk scene that's welcoming to all and often quite lively, but rarely – if ever - overwhelming. If you're looking for vintage shore appeal, leave the rest and get with the best. 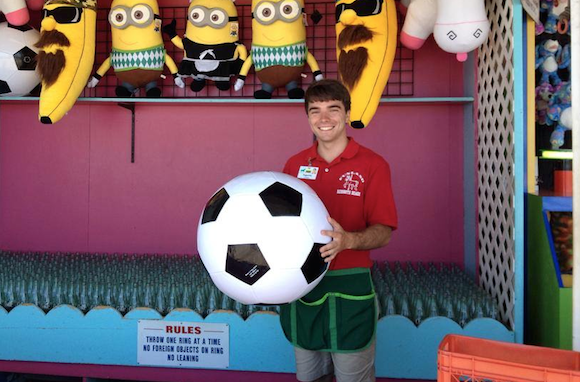 15. While you're in town, make sure to slow down and take time to enjoy the old-school amusements, such as the ones you'll find at Funland… 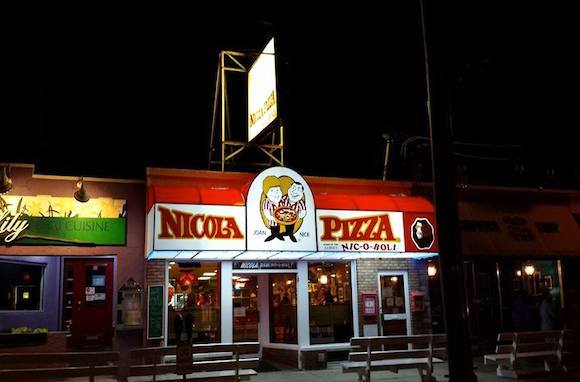 16. …followed by a sampling of the best boardwalk eats, from cups of crispy French fries at Thrasher's to sticky saltwater taffy at Dolles, famous for its giant, orange (and oft-Instagrammed) sign. And, of course, there's pizza at Nicola's, with two locations that get extremely busy. They're famous for the Nic-O-Boli, which is basically an overstuffed calzone – some love it, others don’t get it – why not make up your own mind? (The people who don't get it are crazy, by the way.) 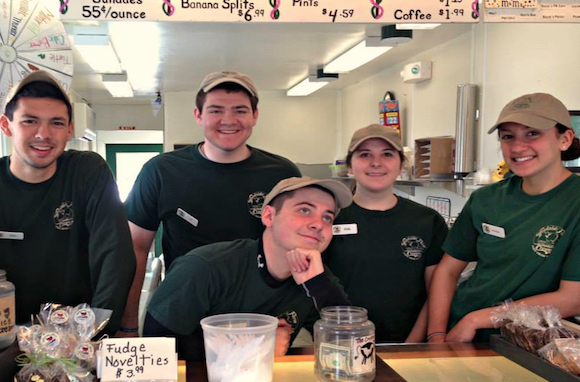 17. And, while some swear by the frozen custard at Kohr Brothers on the Rehoboth Boardwalk, save at least some room for the ice cream made from Jersey milk, scooped out daily back up north on Woodside Farm, near Newark. If you've never tried ice cream made from Jersey milk, you're missing out. (Hint: It's way better than other ice cream.) You could leave the state without stopping here, but it's totally against the rules.

Here's a look at the lowest current fares to Wilmington (ILG), Philadelphia (PHL), and Baltimore (BWI).