It's hard to fault any stretch of North America's Pacific coastline, but British Columbia at its best is all but unparalleled. Not just for natural beauty – it's the West, you'll find that everywhere – but for beauty coupled with a relative lack of the crowding that's almost inevitable, further south. As if that weren't enough, the American dollar is on the rise again, making some of B.C.'s best destinations a relative bargain. If you have a little downtime this spring, get up here. These four sample itineraries demonstrate just how cheaply you can get things done – once you land, anyway. Have a look at the lowest available fares to both Vancouver and Seattle. 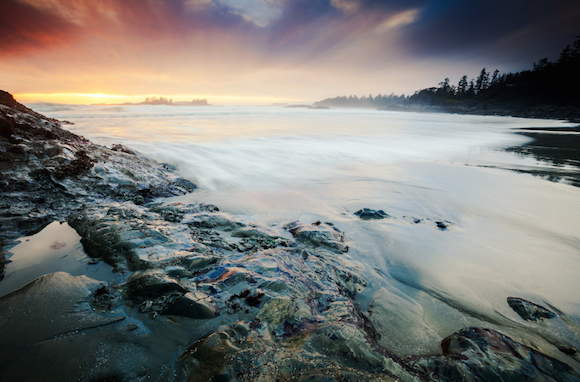 This isolated patch of Vancouver Island's west coast is not so much a destination as a frequency you dial into; drowning out the world you left behind at the other end of the long and winding road travelers must brave to get here. The main attraction is the Pacific Rim National Park – comb its sweeping, sandy beaches, explore rocky, tide pool-filled coves, hug the giant trees in old-growth rainforest and wander the ethereal pine bog. When you've had your fill of nature, if that's possible, Tofino has a vibrant little culture – lots of surfers, plenty of hippies and a surprising amount of good food and drink. Sample decent ales at Tofino Brewing Co. tasting room, get in line for giant fish tacos at the bright orange Tacofino truck for about $3.50, or go for the very good, panko-breaded salmon and chips at Wildfire Grill (two pieces for just under $13). Want something a bit less casual? The cool, new Kuma is a smart Japanese spot with a good happy hour and an $11 bowl of ramen. For the best hotel values, do the mellow drive back through the national park to relatively sleepy Ucluelet. You should come here anyway – the Wild Pacific Trail, wrapping around a particularly dramatic bit of coastline, is a must, while the Ucluelet Aquarium is known for its short-term residency policy, rounding up a new cast of characters for each season ($11). Hotel-wise, choose the sparkling clean, family-run West Coast Motel, home to the local fitness center and swimming pool; Internet and parking are free, many rooms have kitchenettes. Rates are generally reasonable, but if you stay three nights, you'll get 20 percent off. What that means: A long weekend in paradise for as little as $161. If you're determined to be in Tofino – bear in mind that no hotel is walking distance from everything, and that the drive through the park from Ucluelet is actually really, really nice – the pleasant Middle Beach Lodge is among the best of the town's mid-priced lodgings, showing rates of $115 and up in April. If you're in the mood to spend, move one beach over to the Wickaninnish Inn – this Relais & Chateaux member property is one of Canada's finest hotels. In April, it's yours for as little as $190 a night – down from hundreds more. Now all you have to do is get here. 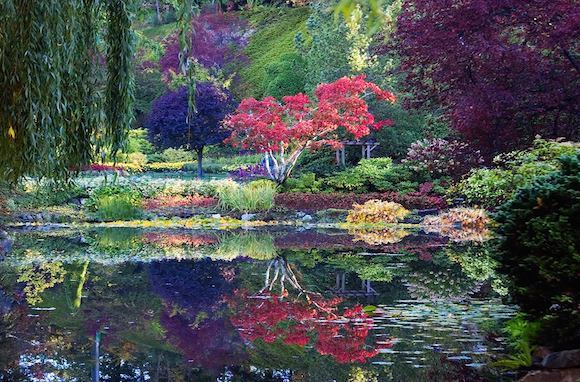 Brimming with a cheerful energy you'd expect from a city with some of the country's most temperate weather, the great joy of BC's civilized capital is just being here. Put on a comfortable pair of shoes and start walking – start with the historic Inner Harbour, then move on to the 200-acre Beacon Hill Park and out to Dallas Road, where miles of waterfront walking pathways offer sweeping views of the Strait of Juan de Fuca and the Olympic Mountains. Inclement weather? Duck indoors and experience the Royal British Columbia Museum (the best traditional museum in the province, $13), sample local cheeses and other edibles at the growing Victoria Public Market, wander the historic lanes of Chinatown and break for epic fish and chips (one piece cod for $8.71) at Red Fish Blue Fish, built into a converted shipping container, next to the busy seaplane terminal. Hotels are a steal in the spring – the retro but dependable Helm's Inn, directly behind the museum and walkable to all of the above, has kitchenette rooms from as little as $60 booked directly with the hotel; around the corner, the Royal Scot Hotel & Suites was showing rates through third party sites as low as $77. Want to splurge? The five-star Brentwood Bay Resort & Spa, located a couple of minutes from Victoria's famous Butchart Gardens ($23 through June 14, absolutely worth it), is one of the best hotels in the province. Over the winter, rates of around $130 aren't out of the question; right now they're higher, starting around $150, but parking and Internet are included. Here, even the standard rooms are practically perfect, offering gas fireplaces, jetted tubs, great beds and marina / fjord (that's right, fjord) views from your balcony or patio. It's been a weird year for snow out west, but Canada's answer to Vail remains open until May 18, for those looking to try their hand at spring skiing. At Whistler, this means sunnier, longer days, warmer temperatures and a more local vibe than you'll get during the high season. The price of admission is much lower, too – it's entirely possible to find rooms well under $100 right now, but things seem to get even cheaper when Blackcomb rolls up the white carpet on April 19. How good are we talking, deals-wise? The Summit Lodge & Spa for $80, that's one – even the Four Seasons Resort was going for as little as $165 for a couple dates in late April. On the slopes, a 2-day pass is just $152 beginning this week – that's nearly $40 off the regular rate. Hungry? A few minutes' walk from the Village gondola, the divey El Furniture Warehouse is known among hardcore skiers for its all-day, every-day menu of decent, cheap (everything just under $4) pub grub. 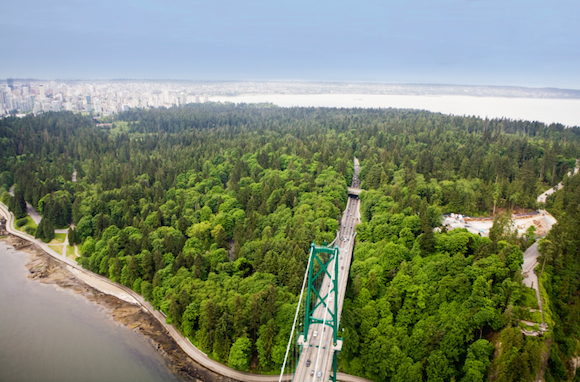 Excruciating traffic, skyrocketing real estate costs, so much yoga pants-wearing – where are we, Southern California? Culturally, a little bit. Physically, not so much. Vancouver's city core is among the most pleasant in the world, a user-friendly network of walking and biking paths, cute (if spendy) water taxis, gobs of glorious parkland and beachfront and, everywhere you look, lines of those visually-arresting glass towers. While the city may be careening dangerously close toward becoming a playground for the rich only, visitors will be happy to discover that some of the city's finest assets remain either affordable or free. Rent a bike and explore the famous Stanley Park seawall, or get lost on the trails that connect the popular shoreline to the park's generous supply of lush rainforest habitat.  You won't believe you're a short distance on foot from $7 bowls of rich, chicken ramen at Marutama, or $5 orders of delicate xiao long bao at Dinesty Dumpling House and so much other good stuff found in a growing number of West End restaurants serving some of the continent's better Asian cooking. While it's fun to look at the rates of downtown's sparkliest pleasure palaces, save big by booking in at one of two remarkably affordable (and perfectly fine) Best Western hotels very close to the city center. The Best Western Plus Uptown offers free parking, internet and breakfast, a short walk from the Skytrain. Rates around $65 are easier to find than you might expect. If you're more about nature than the city, the Best Western Capilano is hovering fairly close to $55 at this time of year – from here, you're an Instagram-worthy walk across Lions Gate Bridge to Stanley Park; you're also on the same street as two of the most popular tourist attractions in the province, the Capilano Suspension Bridge Park (expensive at $26, totally fun) and Grouse Mountain ($32 for the gondola ride alone). With all the money you saved, maybe you can afford them now.

All prices are in USD and are subject to currency fluctuations; samples were done in early April 2015.